Home Real Housewives of Orange County News Tamra Judge Shares the Last Text She Got From Shannon Beador and Talks Being “A Little Sad” After RHOC Premiere, Plus She Dishes on Tarek and Heather Friendship

Tamra Judge Shares the Last Text She Got From Shannon Beador and Talks Being “A Little Sad” After RHOC Premiere, Plus She Dishes on Tarek and Heather Friendship 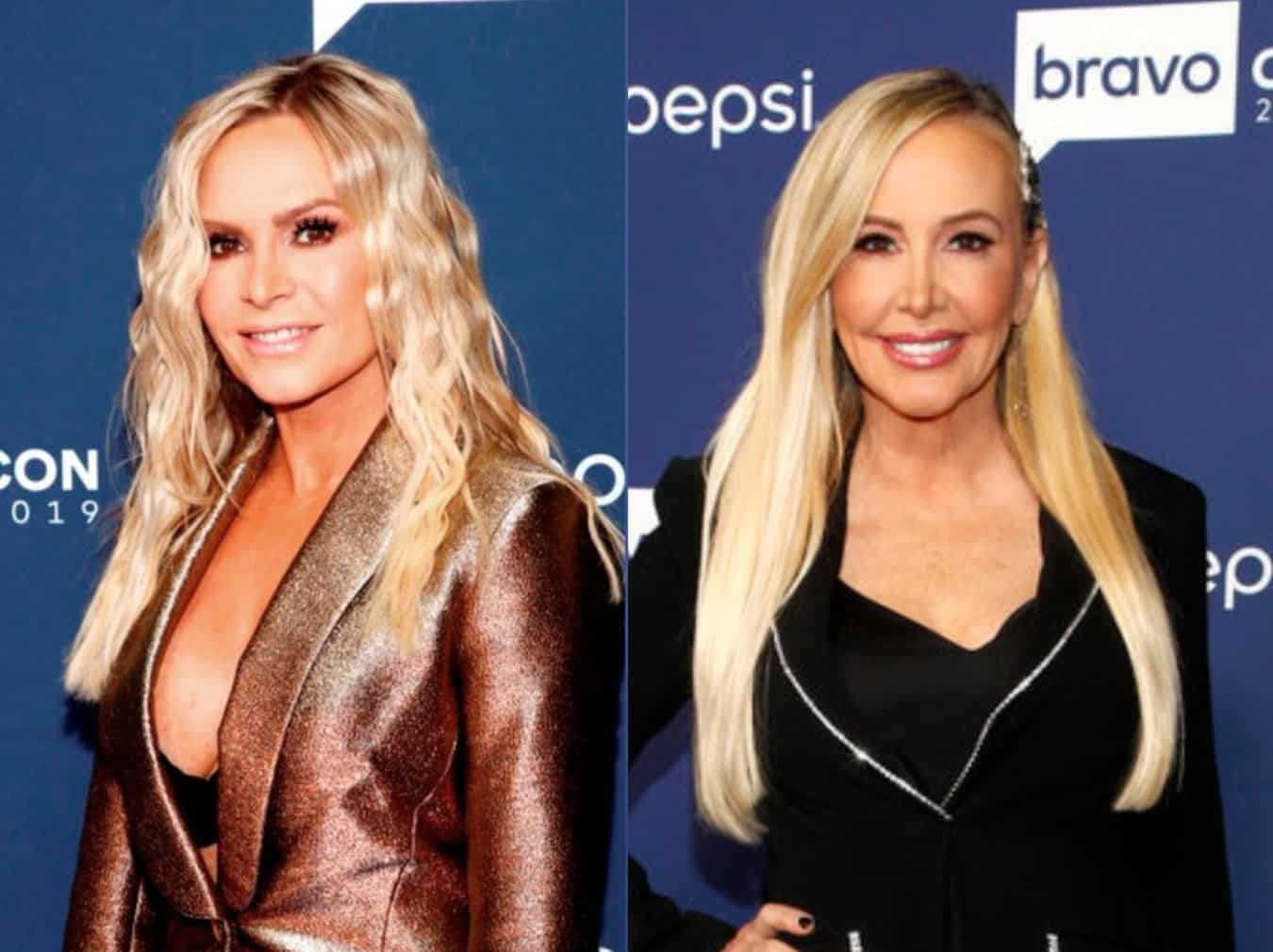 Tamra Judge, who left The Real Housewives of Orange County earlier this year, has a few thoughts about the season 15 premiere that happened two weeks ago.

In a new interview, the former reality star detailed the various emotions she went through after the premiere took place. She noted how, ultimately, she’s trying to move on.

“I’ll be honest with you, it kind of comes in waves. There’s always the first — the first time they film without you, the first time they go on a trip without you. I thought when it aired I’d be really sad and … I really wasn’t. I wasn’t sad,” she shared on RealiTea With Derek Z. “I was just like, ‘Okay, whatever, life goes on, close that chapter life goes on.’ Then the next day I had hundreds of DMs from people just like, ‘I miss you so much’ and…a lot of other things they said, but it made me feel a little sad. So the day after I felt a little sad, I felt a little weird, left out, but I’m good. My life is good. I’m moving on.”

Although she’s moving on from being a cast member on the franchise, moving on from her friendship with former BFF Shannon Beador has been a bit more difficult.

“I’ve never gone out there and bashed her in any way. Shannon stopped contacting us — me and Vicki [Gunvalson]— and it was very hard,” she shared. “I went through [a time] where I was in disbelief that she had done that to me. I was sad, I got angry, thought about all the times I was always there for her.”

Tamra also revealed the last tense exchange that occurred between her and Shannon during the period she went public with their rift.

“The last [text] I got from her was her saying, ‘Wow, Tamra, I can’t believe you’re doing this to me! Why can’t you just pick up the phone and call me if you’re mad at me!’ And I didn’t even respond,” shared Tamra.

Tamra may have lost an old friend, but she’s gained a few new ones. She recently shared a photo of her and husband Eddie Judge with their new pals Tarek El Moussa and fiancée Heather Rae Young. They’re both reality stars in their own right of Flip or Flop and Selling Sunset, respectively.

Many have speculated about if Tamra’s friendship with the two is signaling that a new real estate show is in the works, considering Tamra’s announcement a few months ago that she was going back into the business. However, the Vena CBD entrepreneur shut that speculation down…sort of.

“We’re just friends. That’s it. We’re just friends. Heather moved to Newport to be with Tarek and she doesn’t have a lot of friends out here,” Tamra shared. “She’s into fitness and I am getting into possibly flipping houses and…of course Tarek is full of knowledge when it comes to that.”

She went on, “I have been approached by another network and…let’s just say I’m taking my time. I’ll let you know when I know everything is solid.”