Bethenny Frankel Claps Back at Critic Who Calls Her “Privileged Too” After the RHONY Alum Poked Fun at Kim Kardashian’s “Privileged” Life, See Bethenny’s Witty Response 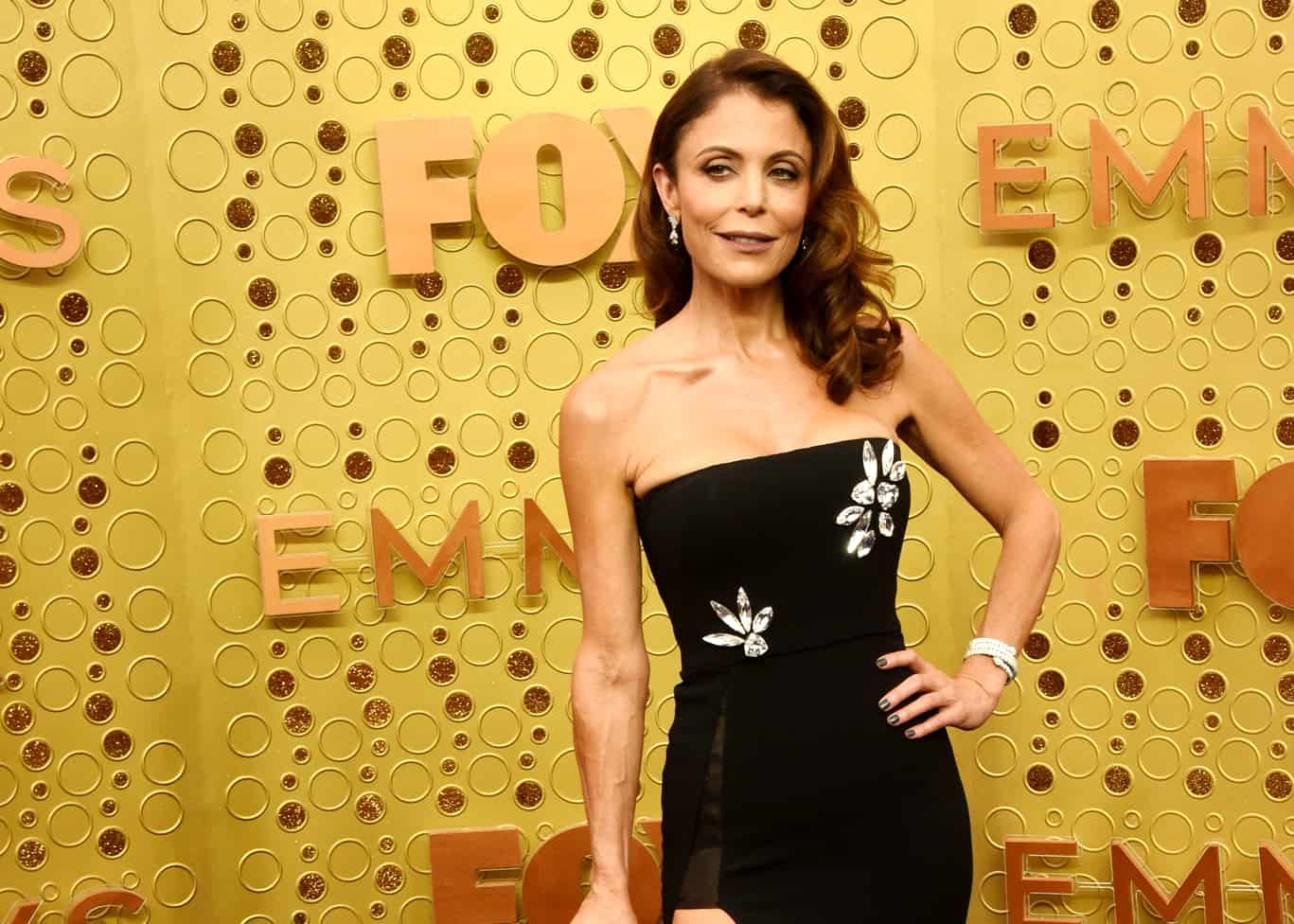 After seeing that the Keeping Up With the Kardashians star had deemed herself “privileged” while enjoying a private island getaway with her friends and family for the milestone and sharing a photo of her own “privileged” life, Bethenny, who previously starred on The Real Housewives of New York City, received a message from a critic.

“Not sure if this is even any better… Some could say you’re [privileged] too. Sitting on your marble island in your fancy kitchen. Be careful when trying to shame others,” the person wrote.

In Bethenny’s post mocking Kim, she and her 10-year-old, Bryn Hoppy, were seen sitting on their own “private island,” which was located in the center of their kitchen, as they enjoyed drinks and wore sunglasses. In the caption, Bethenny included hashtags for both “privileged” and “This is 50,” which was a dig at Kim’s “This is 40” hashtag.

Following the criticism from her follower, Bethenny clapped back at her fan’s comment with a sarcastic message.

“Should I smash the marble? Give me the script… how would you do it? No flamingo?” she asked. 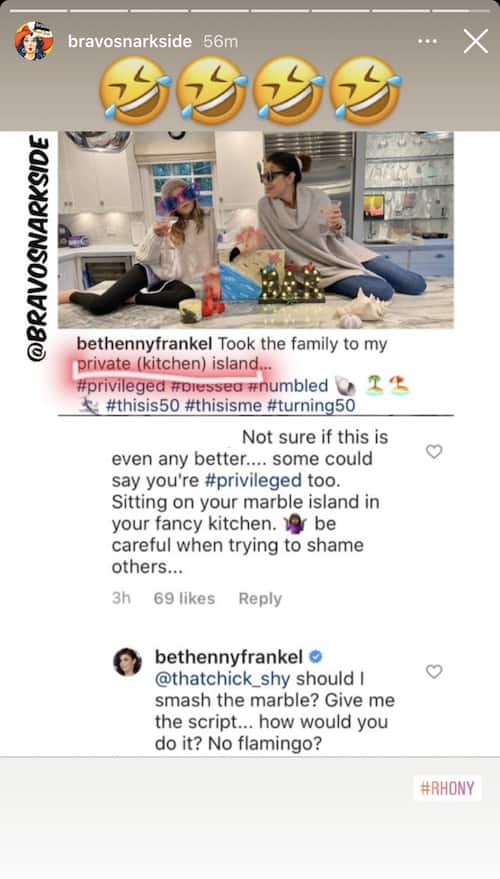 After seeing that Kylie had shared an image of her daughter Stormi wearing a $12,000 Hermes backpack and standing in front of a pricey Mercedes-Benz as she prepared for her first day of homeschool, Bethenny spoke out on Twitter.

“I never say anything about this stuff but this is the most transparent humble brag I’ve seen yet,” Bethenny wrote at the time. “It’s everything wrong with everything.”