Home Real Housewives of Potomac News RHOP’s Karen Huger Exposes Gizelle For Lying About Spending Night With Jamal Bryant in Atlanta, See the Receipts, Plus She Says Cynthia Bailey Was Upset Over Gizelle’s Comment About Her Wedding

RHOP’s Karen Huger Exposes Gizelle For Lying About Spending Night With Jamal Bryant in Atlanta, See the Receipts, Plus She Says Cynthia Bailey Was Upset Over Gizelle’s Comment About Her Wedding 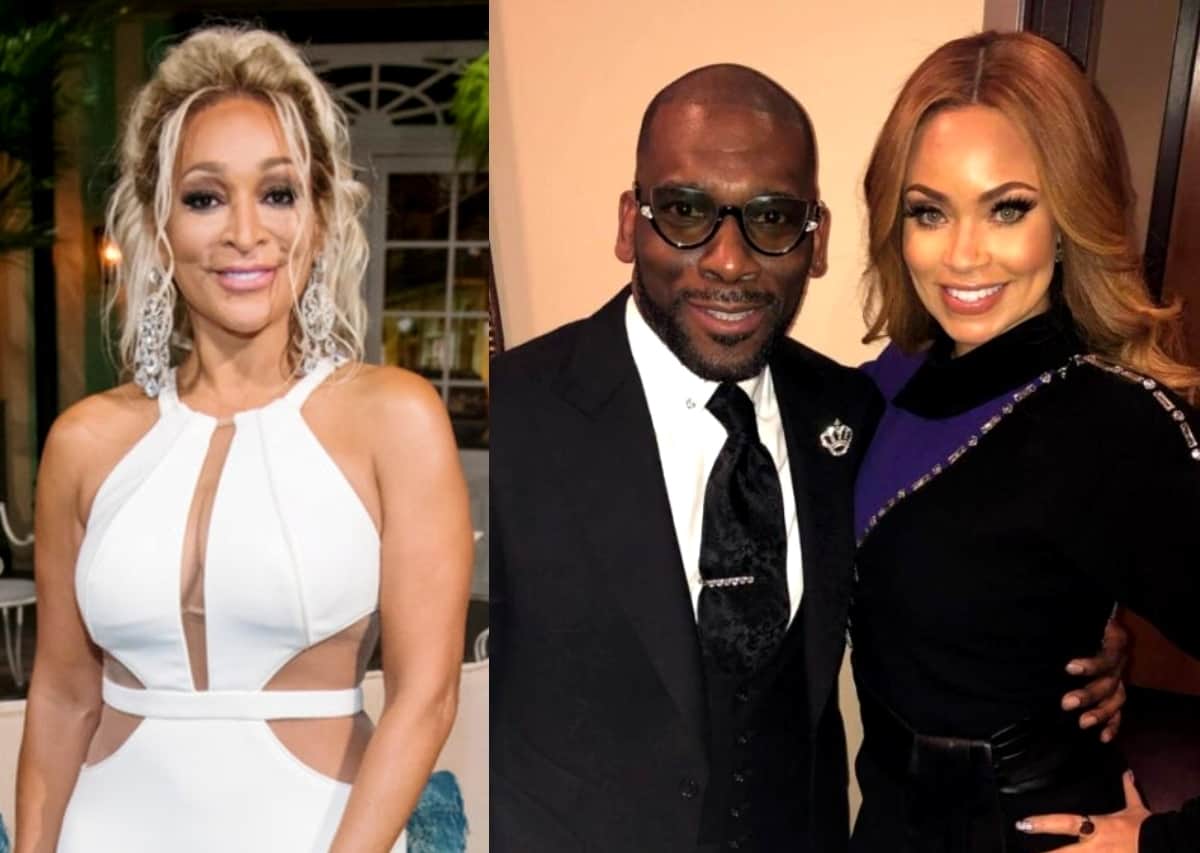 Real Housewives of Potomac frenemies, Karen Huger and Gizelle Bryant, are apparently not on the best of terms since filming wrapped on season five. The Grand Dame is not holding back and “allegedly” exposing Gizelle’s lies.

The two OGs have been on-again, off-again friends for years and both women have even admitted in the past that they were actually better friends before joining the show in 2015. Karen has been making fun of Gizelle’s fashion choices and throwing shade at her throughout this entire season of RHOP, which is currently still airing. However, Karen is now taking the shade a step further and claiming that Gizelle lied to Andy Cohen on Watch What Happens Live. She is alleging that Gizelle’s romance with ex-husband and current boyfriend, Pastor Jamal Bryant, is anything but real by confirming she believes the rumors that it’s strictly a fake storyline.

In a recent, candid interview with YouTube personality DJ Richie Skye, the La’Dame Fragrance creator was not afraid to share the word on the street or reveal what she believes to be flat-out lies coming from Gizelle.

On the October 25 episode of WWHL, Andy asked Gizelle to dish about her experience at Cynthia Bailey and Mike Hill of The Real Housewives of Atlanta‘s wedding. Gizelle claimed that she left early to go back to her hotel “to do some things” because she didn’t feel comfortable with the fact that many guests had removed their masks. Andy then asked Gizelle if Jamal joined her at the hotel since she was in Atlanta, which is where Jamal resides, and Gizelle responded with “potentially.” However, when Andy pressed her further, she said, “OK, yes! Fine, Andy!” and basically claimed she spent the night with Jamal.

Karen revealed that Gizelle’s answer was a complete lie and claims it’s something that has really been bothering her. The 57-year-old then disclosed one of her sources and even mentioned receipts.

“[Gizelle going back to the hotel with Jamal] well that was a lie! Because to be honest, Cynthia Bailey received a phone call from Gizelle three days prior to the wedding and shared with her that Jamal was not going to be in attendance,” she shared. “Jamal was actually here in Baltimore, so Gizelle lied to Andy Cohen about Jamal being in the hotel waiting for her. I don’t know who was in that hotel waiting for her but…the lies!” 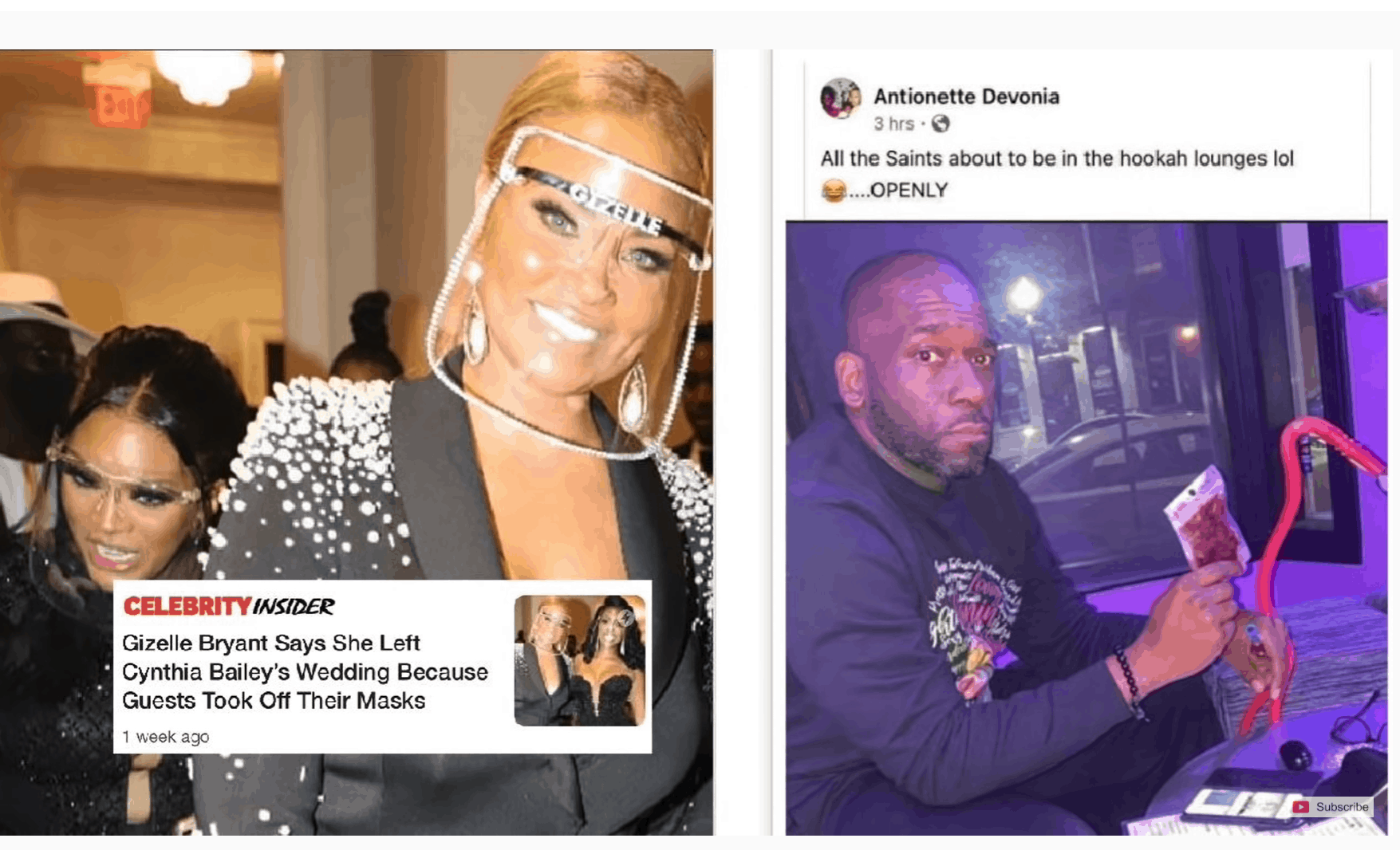 These are the receipts shared by DJ Richie Skye during his interview with Karen, which apparently show Gizelle and Jamal in two different cities on the night in question.

Karen was also upset over the remarks Gizelle made about the wedding and feeling uncomfortable. She disclosed that Cynthia wasn’t pleased either. “Cynthia was of course not happy by the comments that Gizelle had made,” she shared. The OG went on to discuss the many precautions that Cynthia and Mike took to keep their guests safe. This has not been confirmed, but according to Karen, not one guest who attended the wedding has tested positive for COVID-19 subsequently.

“This was an unnecessary lie. Cynthia Bailey’s wedding was above and beyond one of the safest places you could have been during this pandemic.”

After dishing on the wedding drama, Karen turned to the topic of Gizelle’s actual relationship with Jamal. If fans recall, on the latest episode of RHOP, Karen claimed that Jamal simply lives in Gizelle’s phone and then went on to question the Bravo’s Chat Room co-host about why she never brings Jamal around the other ladies, but she never really got a definitive answer from Gizelle. When asked why she thinks the EveryHue Beauty founder isn’t open about her relationship with Jamal, Karen dives right in with her thoughts and accuses Gizelle of even more lies.

“Me bringing up the question about Jamal at the table [on the November 8 episode] should not have put her into a tailspin of aggressiveness and defensiveness. But if we go back, when I taped that, [it] was a year ago. And now all of the alleged allegations, a year later, are coming out about their fake relationship [and] this [relationship] was done for the show, allegedly, but I didn’t have a crystal ball. I couldn’t have written this script,” she explained. “I [asked] those questions in Portugal almost a year ago, and now all of the truth about her relationship with this person is coming to [light] as far as the many allegations about the new baby being born while they’re dating, allegedly. Something is not adding up and it makes sense to me.”