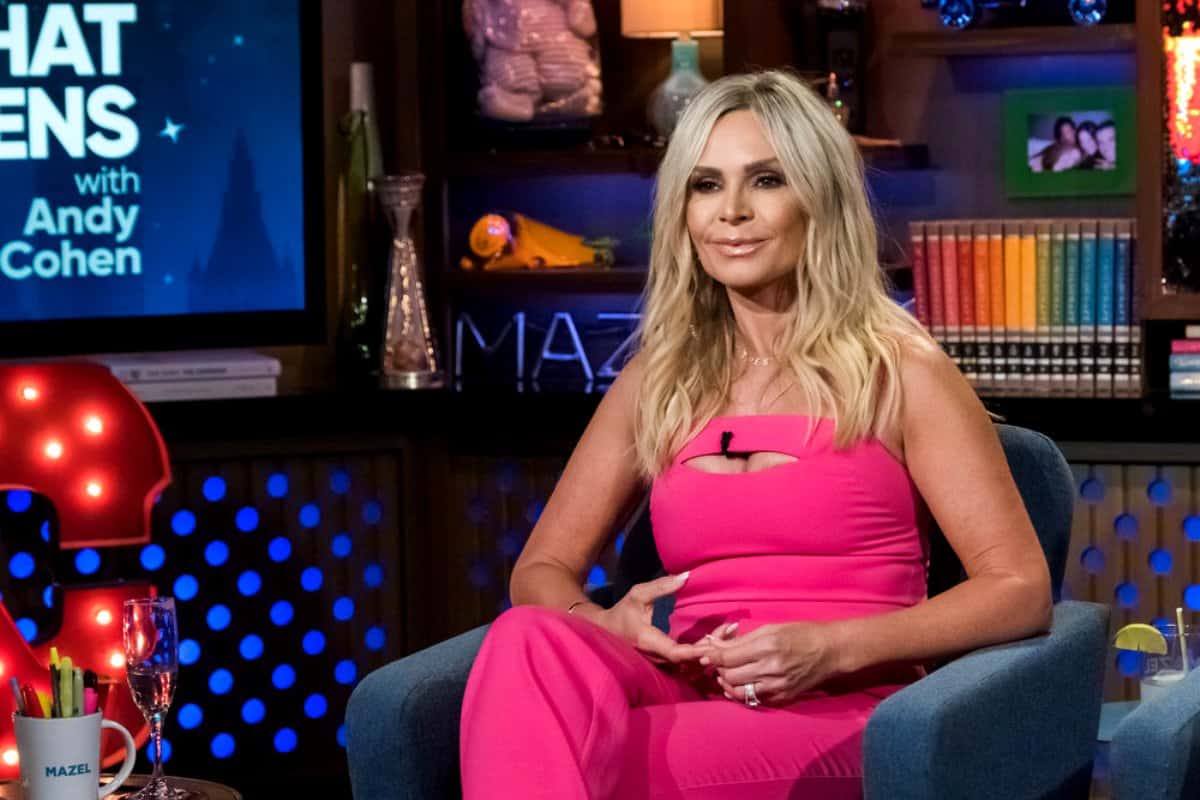 Tamra Judge recently explained why she doesn’t share many photos of her four kids on social media in an Instagram Story.

After the former Real Housewives of Orange County cast member received a couple of negative comments on a birthday post shared for her youngest child, daughter Sophia Barney, Tamra posted a screenshot of a mean message from one of the trolls as she revealed what another said about Sophia’s appearance.

“This is why I rarely post pics of my kids,” Tamra wrote in the caption of her Instagram Story screenshot, according to a report from Bravo’s The Daily Dish.

In Tamra’s photo, a person was seen alleging that while Tamra has “so many kids,” “none of them” live with her and have instead chosen to be with their father, Simon Barney. Although Tamra did suffer a falling out with her oldest daughter, Sidney Barney, she and Simon split custody of Sophia after their split, and their son, Spencer Barney, ultimately chose to live with Tamra.

“Oh really. Funny cuz two of them are in their bedrooms right now. And the other two are adults living on their own. Nice try Karen,” Tamra wrote in response.

Tamra then noted that in addition to the fan’s incorrect suspicions about her family, another person had gone as far as to target her daughter’s nose.

“One comment under Sophia’s birthday post said, ‘Your daughter needs a nose job.’ Sophia read it and how did you think that made her feel? What is wrong with people?” 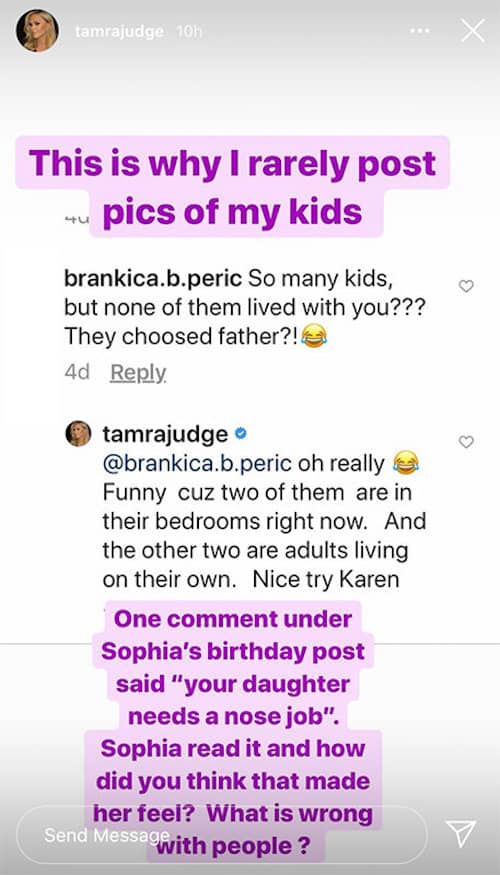 The hateful posts came after Tamra wished Sophia a happy 15th birthday with a photo slideshow.

“Happy Birthday Sophia. I can’t believe my baby girl is 15 years old,” Tamra wrote in the photo’s caption. “You have changed so much throughout the years but some things remain the same…. you are a rockstar , my best friend , incredibly talented , smart , beautiful, selfless, and caring. We are so proud [and] love you so much… but, mildly worried that next year you’ll be driving.”

Tamra shares daughters Sophia and Sidney and son Spencer with her ex Simon, and she is also mom to Ryan Vieth, who she shares with another ex.