Home Real Housewives of Orange County News RHOC Star Gina Kirschenheiter Says She and Tamra Are in a “Weird Place,” Names “Worst Dressed” of O.C. and Best Housewife of All Time, Plus RHOC Live Viewing Thread!

RHOC Star Gina Kirschenheiter Says She and Tamra Are in a “Weird Place,” Names “Worst Dressed” of O.C. and Best Housewife of All Time, Plus RHOC Live Viewing Thread! 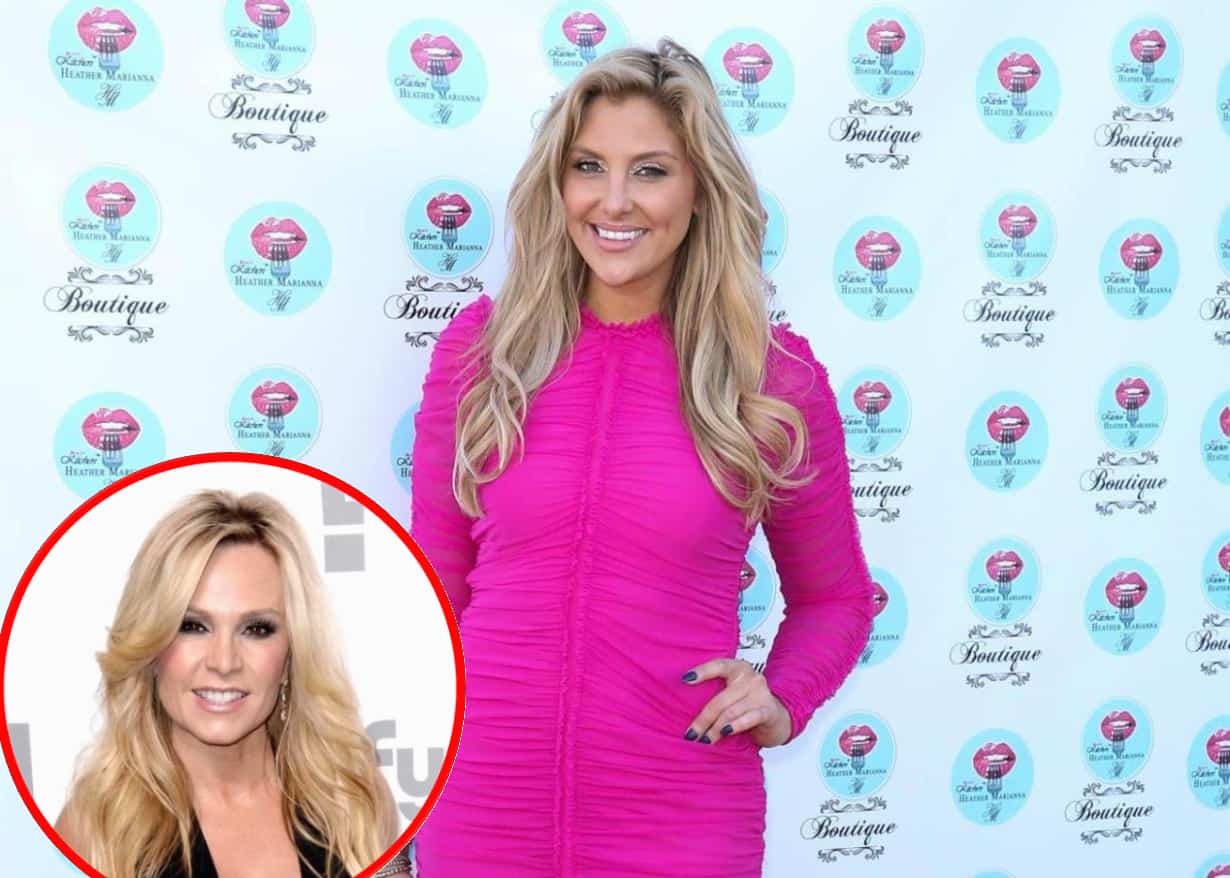 Who does Gina Kirschenheiter believe is the best housewife of all time?

During an interview last week, the Real Housewives of Orange County cast member played a game of “Housewife Confessionals” where she spoke of where she stands with Tamra Judge, revealed which housewife from another city she’d like to have on RHOC, and shared her biggest regret after first naming her pick for best housewife.

“I’m going Tamra,” Gina told Us Weekly. “People say what they will but she had a great run and she was very entertaining for a very long time. And she looked amazing while doing it the whole time.”

While Gina said she still talks to Tamra, who she appeared alongside for two seasons, she revealed they haven’t communicated with one another recently.

“I don’t know where we are,” Gina admitted. “[It’s] kind of this weird place because of outside stuff going on but I’ve always been cool with her and I should just get on the phone and call her.”

As for which housewife she’d like to take from another city, Gina named Gizelle Bryant of The Real Housewives of Potomac.

Moving on to the topic of style, Gina said Kelly Dodd was the best dressed cast member of RHOC before selecting herself as the worst dressed.

“[The worst dressed] is probably me but that’s just because I don’t always put that effort. I’m just who I am,” Gina stated. “I’m sorry if it’s mom’s night and I’ve been with my kids all day. I’m just going to not really brush my hair and just put a sweater on and go. It is what it is.”

Also during the interview, Gina said Braunwyn Windham-Burke was the “life of party” and “a lot of fun” last season, prior to getting sober, and she revealed that during season 15, it was “fun” Emily Simpson who deserved the label.