Home Real Housewives of Orange County News RHOC’s Braunwyn Windham-Burke Suspects Kelly and Emily Unfollowed Her Over Political Differences, Confirms Feud With Gina Had to Do With Her Sobriety and Explains Why She’s a “Lot Nicer” to Vicki

RHOC’s Braunwyn Windham-Burke Suspects Kelly and Emily Unfollowed Her Over Political Differences, Confirms Feud With Gina Had to Do With Her Sobriety and Explains Why She’s a “Lot Nicer” to Vicki 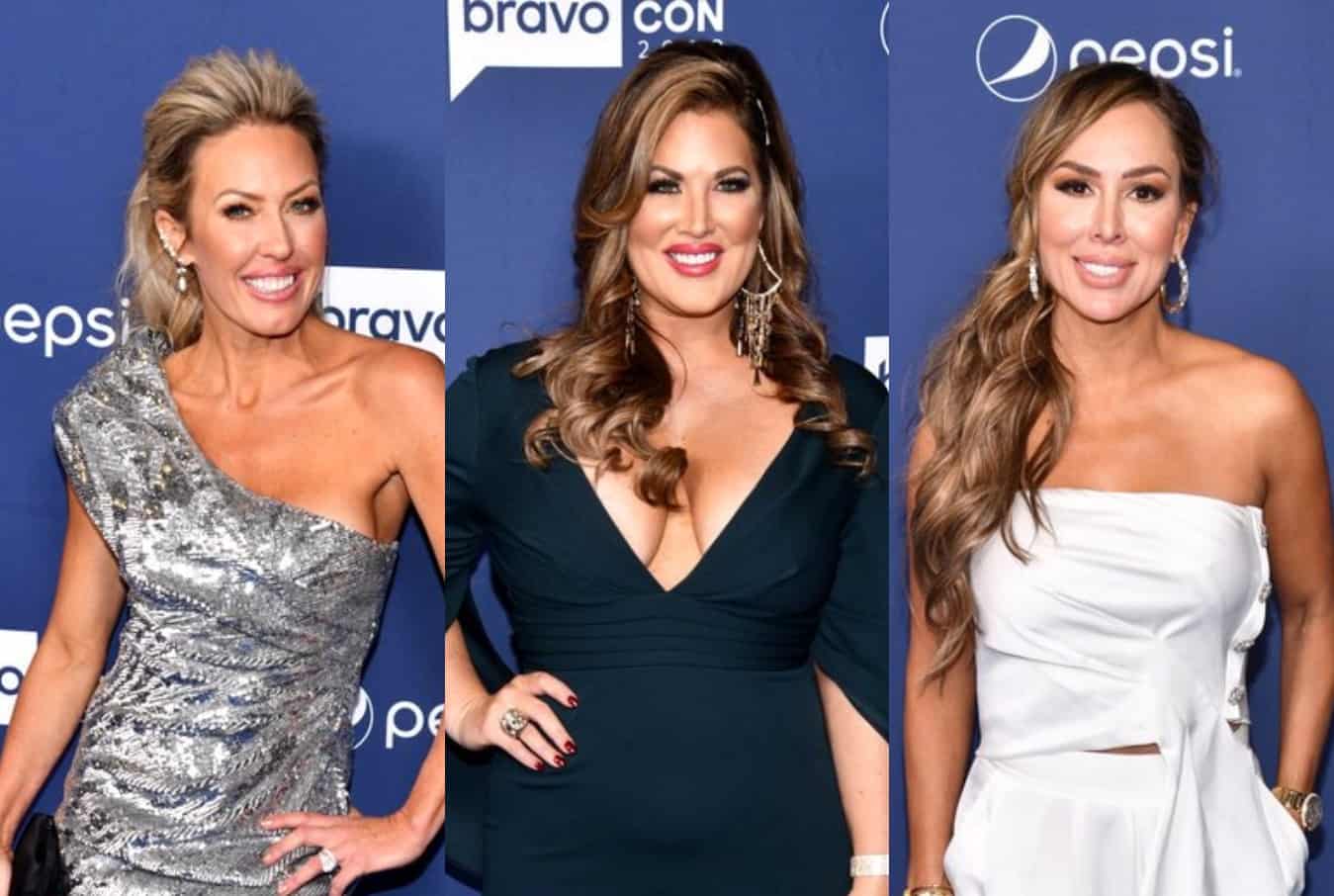 Braunwyn Windham-Burke is dishing on her feud with her current and former Real Housewives of Orange County co-stars.

Following a yearlong feud with her former RHOC castmate Vicki Gunvalson, the mother of seven is revealing why she is now being “nicer” to Vicki before sharing her thoughts on her drama with Kelly Dodd and Emily Simpson and explaining why she flipped on Gina Kirschenheiter during filming on season 15.

“I’ve gotten a lot nicer to Vicki because my friend [Noella Bergener] is also friends with her,” Braunwyn revealed during the October 23 episode of Us Weekly’s Getting Real With the Real Housewives podcast. “From her, I’ve gotten to see a softer side, or heard stories.”

Although Braunwyn was on good terms with Kelly when filming on RHOC season 15 began earlier this year, she was not in attendance earlier this month when Kelly got married. She confirmed on the podcast that they two of them are “not speaking” currently.

“We are diametrically opposed in our ideology right now. I believe Black Lives Matter and she believes Drunk Wives Matter. And that’s something that I don’t funny,” Braunwyn explained, giving a nod to Kelly’s offensive “Drunk Wives Matter” hat. “I’ve forgiven her a lot for her big mouth over the years. But now we’re at the point where she is attacking people and it’s more than I can be around.”

Around the time that filming wrapped, Braunwyn was unfollowed by her castmates, much to her surprise.

“I don’t know why [they unfollowed me], but that’s weird. I have a guess. Emily and Kelly are both very conservative. They’re both Trump supporters [and] I am very vocal on my Instagram about what my beliefs are and I understand that a lot of people don’t like that,” Braunwyn noted.

Following her apparent falling out with the cast, which she first confirmed weeks ago, Shannon Beador reached out.

“Shannon wrote something very, very sweet that I appreciated a lot because I did feel ostracized,” Braunwyn admitted. “When I left the finale, I left speaking to everyone. I had no clue. I had been very kind. I’d filmed with some of my cast very nice moments,” Braunwyn revealed.

Braunwyn may not know for sure why her RHOC co-stars unfollowed her after filming wrapped, but she said she suspected they abandoned her friendship due to her sobriety hitting “a little too close to home.” She also said that her and Gina’s dramatic encounter, which will air later this season, “had to do with [her] sobriety.”

“In her defense, she didn’t know I was sober. I hadn’t told her. She said something to me, I’m very shaky, she says something to me not knowing I was sober, and it throws me over the edge,” Braunwyn explained.

Braunwyn then took aim at Gina and her decision to move in with her boyfriend Travis Mullen so early in their relationship.

“When I heard about it, I’m not sure if she was even divorced yet. She’d just been through this very, in-the-public eye, awful experience. It was like, ‘Whoa, you don’t have the best choices sometimes in men. Maybe we just need to take a step back and focus on ourselves and our kids for like a hot second,’” she recalled.

Also during her podcast appearance, Braunwyn spoke of her future on reality TV.

“If reality TV can change with the times, if it can start depicting women in a better light, if we can actually start tackling the real issues… I would love to be a reality for years to come. I’ve seen it with [Leah McSweeney] on [The Real Housewives of New York City] that maybe Housewives is pivoting to be more indicative of a broader audience. We are real people living real lives. Let’s delve into that. Let’s do something amazing right now. Let’s get a transgender housewife. Let’s mix up the cast to show diversity.”