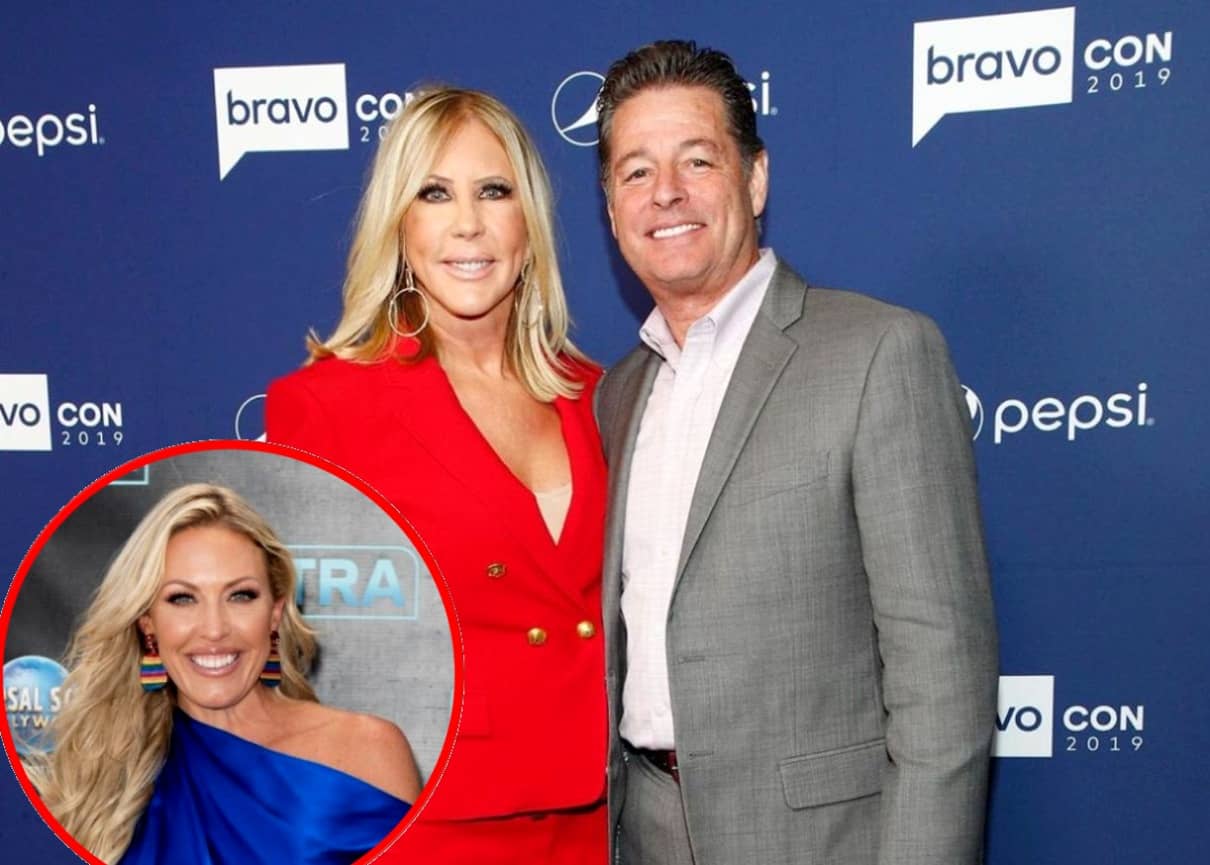 Vicki Gunvalson is sharing an update on her upcoming wedding as she makes it clear that she still isn’t a fan of Braunwyn Windham-Burke.

In the comments section of a recent Instagram photo of herself and fiancé Steve Lodge, the former Real Housewives of Orange County cast member shared her thoughts about the mother of seven before talking about her plastic surgery, her upcoming wedding to Steve, and agreeing with one of her followers that Bravo made a “big mistake” when they removed her from her full-time position on the series.

“I just watched the reunion and you shaming [Braunwyn] is not cool,” a fan wrote to Vicki after seeing the photo she shared during the week.

When Vicki was then met with another person who told her to “stop with the plastic surgery” and “let nature take its course,” she thanked the woman for her unsolicited advice before explaining exactly what she’s had done.

“I did a [publicly] known lower facelift over [three years ago] by one of the best surgeons around. To say something so rude to someone that is not claiming anything other than documenting my new journey. I’ve aged and will do whatever I can to look the best I can,” Vicki shared. 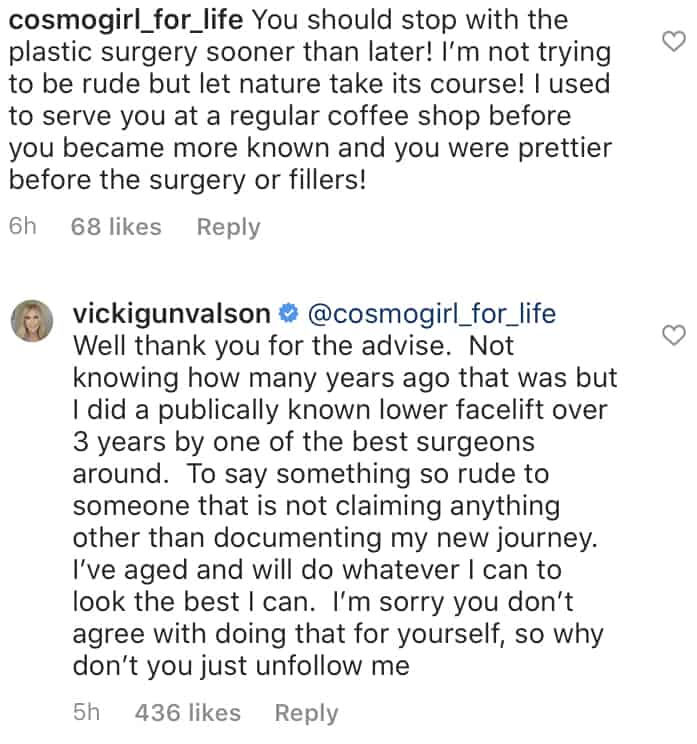 Amid the hateful messages from her followers, Vicki also received comments from people who asked about happier topics, including her and Steve’s future nuptials.

“Nope not yet,” Vicki confirmed.

As RHOC fans may have heard, Vicki and Steve were planning to tie the knot on a cruise ship in April but due to the coronavirus pandemic, they were forced to cancel their celebration.

Vicki also addressed her upcoming wedding to another person who said they were hoping to see her ceremony on TV.

“That won’t be happening on TV for sure,” Vicki confirmed.

In another message, Vicki responded to a woman who said she and Steve were her favorite couple on RHOC and noted that Bravo made a “big mistake” when they cut her from her “housewife” position on the show.

The Real Housewives of Orange County cast is expected to resume filming on their upcoming 15th season after being shut down in March due to the spread of COVID-19.