Home Real Housewives of Orange County News Vicki Gunvalson Asks Fans to “Boycott” the RHOC After Her Exit, Plus She Sets the Record Straight About Postponing Her Wedding to Steve Lodge

Vicki Gunvalson Asks Fans to “Boycott” the RHOC After Her Exit, Plus She Sets the Record Straight About Postponing Her Wedding to Steve Lodge 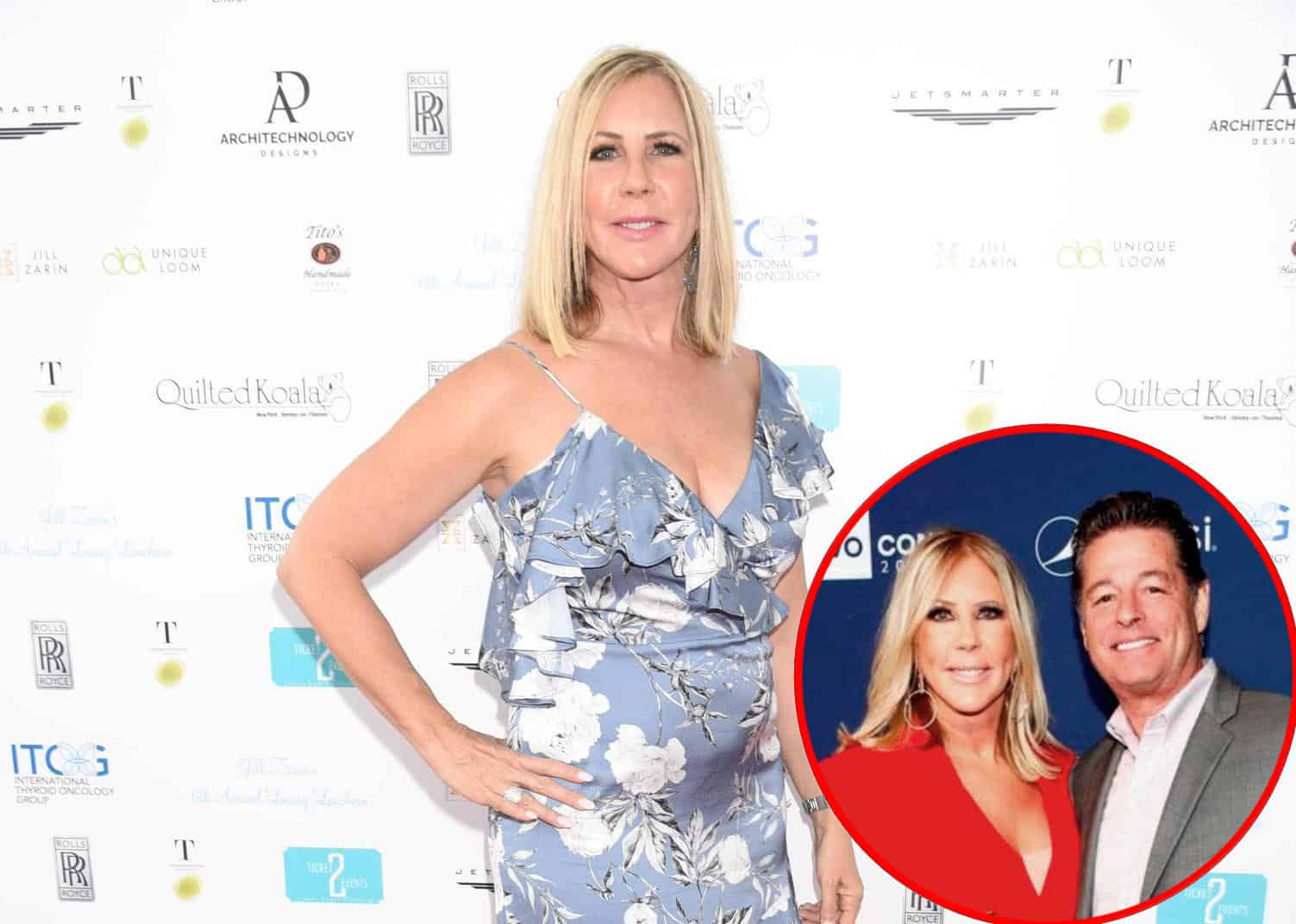 Vicki Gunvalson hopes fans will boycott The Real Housewives of Orange County now that she and Tamra Judge are no longer on it.

On Instagram, before explaining the truth about an article she shared in which it was stated that she had called off her wedding to fiancé Steve Lodge, Vicki suggested fans boycott the upcoming 15th season of the Bravo reality show after a number of her followers said they wouldn’t be watching the series without her and Tamra.

“I’m not watching if you and [Tamra] aren’t on,” one person said.

After a couple of fans agreed with the sentiment of the first fan, Vicki told the women to “boycott it” and tagged her friend and former co-star, Tamra. 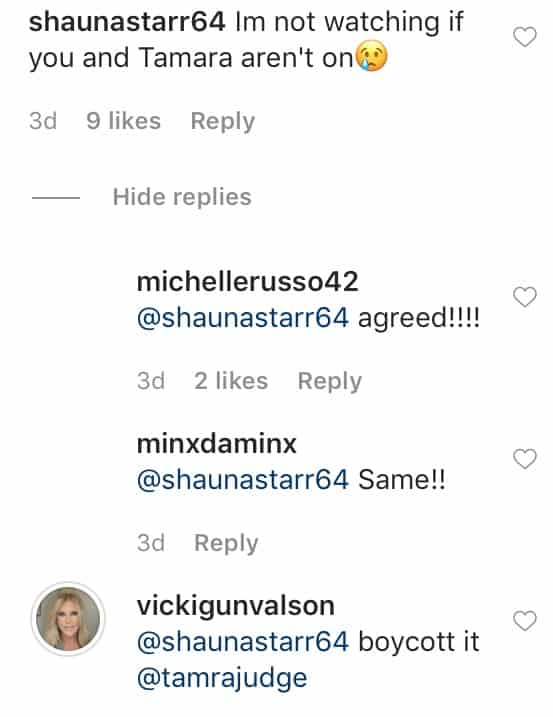 Vicki left her role on RHOC at the end of January. One day later, Tamra did the same. In the months since, both women have confirmed that their decision to stop appearing on the show was made after they were offered only part-time positions on the series.

Also on Instagram, Vicki was forced to shut down rumors of a split from Steve after sharing an article that made it seem as if the two of them were no longer planning to get married.

“I thought Steve and you broke up,” a fan wrote to her in the comments section of one of her posts days ago.

“Nope, just postponed the wedding. Did you read the article?” Vicki wondered. 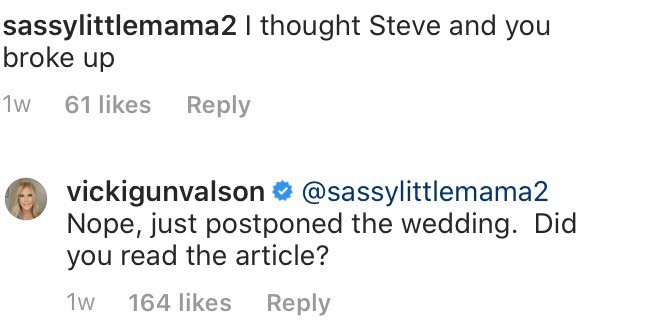 While the article’s headline hinted at a breakup, Vicki didn’t just call off her wedding. Instead, she postponed plans to get married this month due to the ongoing spread of COVID-19.

“Did you call the wedding off because of the [coronavirus]? Or completely?” another fan asked, along with a sad-faced emoji.

“We just postponed it,” Vicki explained.

The Real Housewives of Orange County cast began production on season 15 earlier this year but has been in hiatus due to the stay-at-home order in place in California since March.