Home Real Housewives of Orange County News Ex RHOC Star Vicki Gunvalson Confirms Her April Wedding is “Off” and Reveals Where She Stands With Shannon Beador After Unfollowing Her Over Reconciliation With Kelly, Plus She Offers Update On Daughter Briana

Ex RHOC Star Vicki Gunvalson Confirms Her April Wedding is “Off” and Reveals Where She Stands With Shannon Beador After Unfollowing Her Over Reconciliation With Kelly, Plus She Offers Update On Daughter Briana 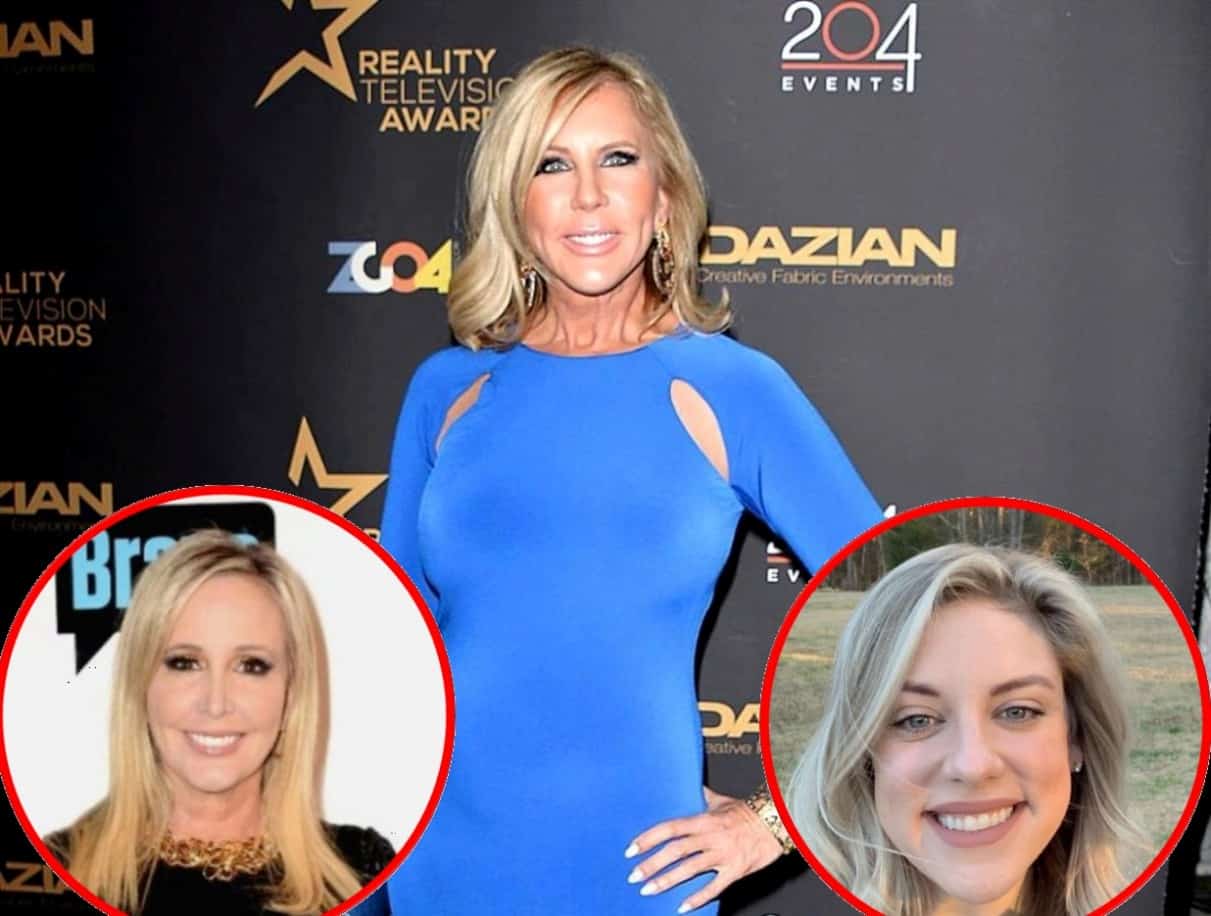 Vicki Gunvalson is no longer planning to tie the knot with Steve Lodge later this month.

On Thursday, the former Real Housewives of Orange County cast member appeared on her Instagram page, where she spoke about her future nuptials with her fiancé, her recent unfollowing of Shannon Beador, and her thoughts on Kelly Dodd before offering an update on her nurse daughter, Briana Culberson.

“I told [Steve] the wedding is off. We’re doing nothing,” Vicki told Hollywood Life via Instagram Live on April 2. “I’m still engaged but we were going to go and get married in April and try to get as many of our six kids together and all that. We’re still getting married I’m just not rushing down the aisle right now.”

While Vicki has been super close to Shannon in recent years, both she and Tamra Judge sparked rumors of a feud when they suddenly unfollowed her on Instagram last month after seeing that she had reconciled with Kelly and shared a photo of the two of them enjoying a dinner date with their partners, John Janssen and Rick Leventhal, respectively.

Looking back, Vicki said her unfollow was completely reactionary.

“I love Shannon. But, she told me that she would never be friends with Kelly again because Kelly hurt her so bad and hurt me so bad and next thing you know, she invited them over for dinner because they’re neighbors,” Vicki explained. “It hurt my feelings. I thought, you know what, if someone treated you that bad, I’m not going to say, ‘Come on over.’ And they weren’t even filming.”

After initially feeling upset about Shannon’s new relationship with Kelly, Vicki spoke to Tamra, who was equally bothered by the photo.

Then, after reaching out to Shannon via text, Vicki received a “Happy Birthday” message from her, which seemingly put an end to the online drama. That said, when it comes to the future of their friendship, Vicki didn’t seem too confident they’d stay in touch.

“My phone’s not ringing. She hasn’t called me. The phone works two ways. I love Shannon but she can’t forget me,” Vicki said.

Although Vicki and Kelly’s time together on RHOC was quite dramatic, especially during season 14, Vicki is happy that Kelly has found love with Rick.

“Of course I’m happy for her. At the end of the day, we all deserve love and it sounds to me that she’s got a great guy,” she shared. “I met him briefly when we were in New York at BravoCon. But you know what? Kelly was super mean to me for no reason. She called me ‘pig’ and all this sh*t. Like, stop. She was so mean [and] I never started the train rumor.”

Also during the Instagram Live chat, Vicki admitted to being quite worried about her daughter, who recently tested negative for coronavirus after experiencing symptoms that seemed to be that of the illness.

“All I do is stay up all night long worrying abut [Briana],” Vicki revealed. “She’s working the nightshift in the COVID unit all hazmatted up. She’s got Lupus so I worry for her immune system, which is compromised. Momma worries and I can’t get there to help her because of the situation.”

“He’s doing great with the boys, homeschooling them, taking them fishing. They’re doing better than me. But Briana’s on the front lines,” Vicki continued. “My daughter is just such a brave girl. She is [quarantining at home]… She’s my perfect daughter. She makes momma proud.”

Vicki then revealed she will be welcoming Briana to her podcast, Whoop It Up with Vicki, soon.