RHONY Alum Bethenny Frankel Suggests Ramona Singer’s Lying About Plastic Surgery and Reveals Procedure All Housewives Have Done, Shares if Dorinda Has Gone Under the Knife 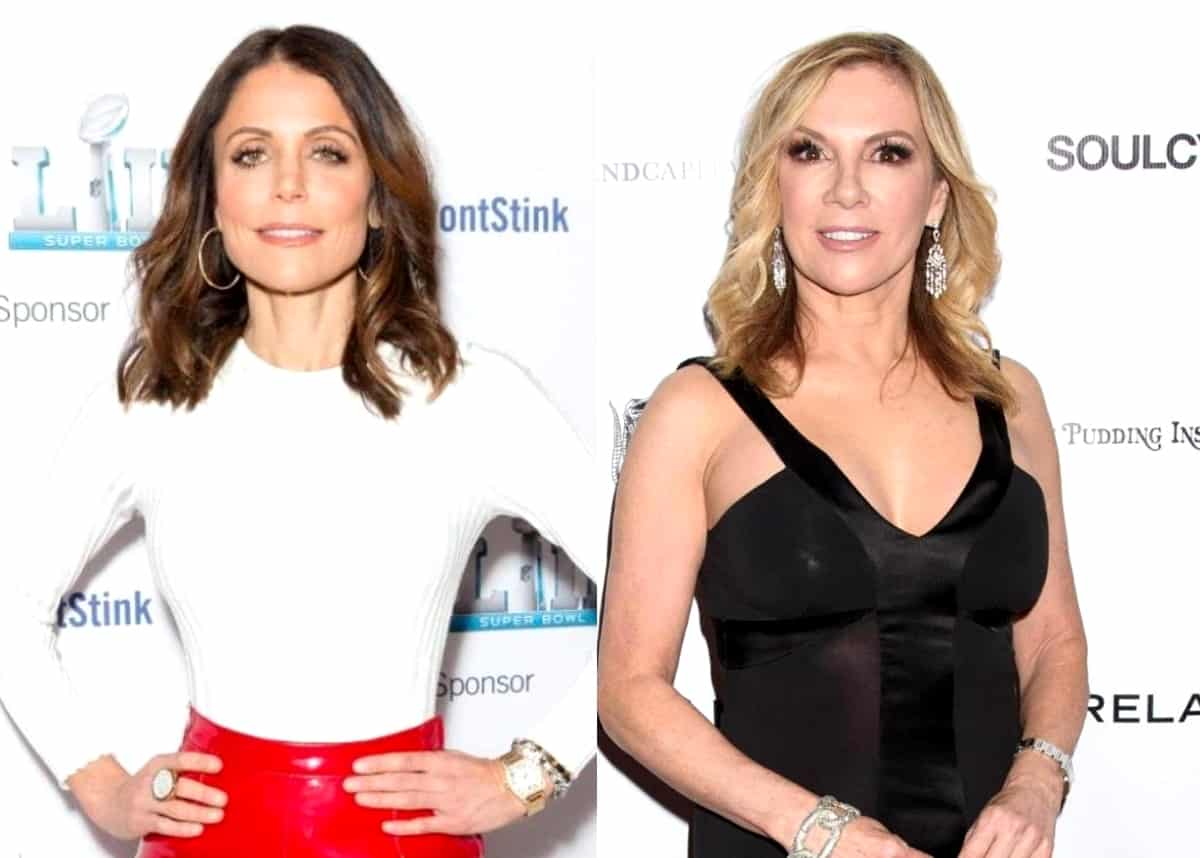 Bethenny Frankel went on a rant about plastic surgery during the latest episode of her podcast.

“I have not had a nose job. I have had plastic surgery on my breasts twice,” Bethenny told listeners on the December 1 episode of Just B.

According to Bethenny, she first went under the knife in her early 30s to address her “saggy boobs.”

“I didn’t want to have a scar so I inserted implants because they told me it would be like having a lift. In fact, it was just larger saggy boobs. So, shortly thereafter, I had the implants taken out and had a lift,” she explained.

While Bethenny has been open with her plastic surgery procedures, others in the spotlight have not.

“I get upset with people with all the filtering and all of the fake lives and pretending everything’s perfect. They contour their waist, etc. [and] I just feel that’s not truthful and it makes people feel bad about themselves,” Bethenny noted, adding that others, including Jane Fonda and Demi Moore, have gone under the knife and been honest about it.

“When [Sonja Morgan] from my show got a facelift, she said it,” Bethenny shared.

“If you look good and you’re f*cking 55 or 60 and you look young, it’s not because you ate placentas or because you drank water or used Ponds skincare,” Bethenny continued. “Or Ramona, she’s like Death Becomes Her, she’s gonna be 95 and she’s gonna be in the go*damn box saying, ‘It’s just Ramona’s skincare.’ It’s like, the jig is up! People should be more honest because that’s really empowering to other women.”

Speaking of the rest of the women of the Bravo franchise, the longtime RHONY star said everyone has “had something different done.”

Although Bethenny said everyone has done something, she said her friend and ex-co-star Dorinda Medley, who “shops the sh*t all the time,” has not.

As for her future plans to go back under the knife, Bethenny admitted she recently visited a doctor to learn what she should be having done.

“I wanted to know, objectively,” she explained. “And he said to me that there’s an area that’s a little concave next to my chin, below my cheeks, and he said I have hollow eyes.”

From there, the doctor informed Bethenny that she should get ahead of the aging process while she can so she’s not forced to do something extreme once she’s older.

“Little things [make] a difference so when you’re older, you never have that drastic thing. So I’m thinking of doing it. And I’m going to be honest,” she confirmed. “I’m going to wear a T-shirt and on the back, it’s going to say, ‘I just got plastic surgery.'”