Ariana Madix Discusses Moment That Nearly Made Her Quit Vanderpump Rules and Setting “Boundaries” With Tom Sandoval, Explains False Narrative on the Show 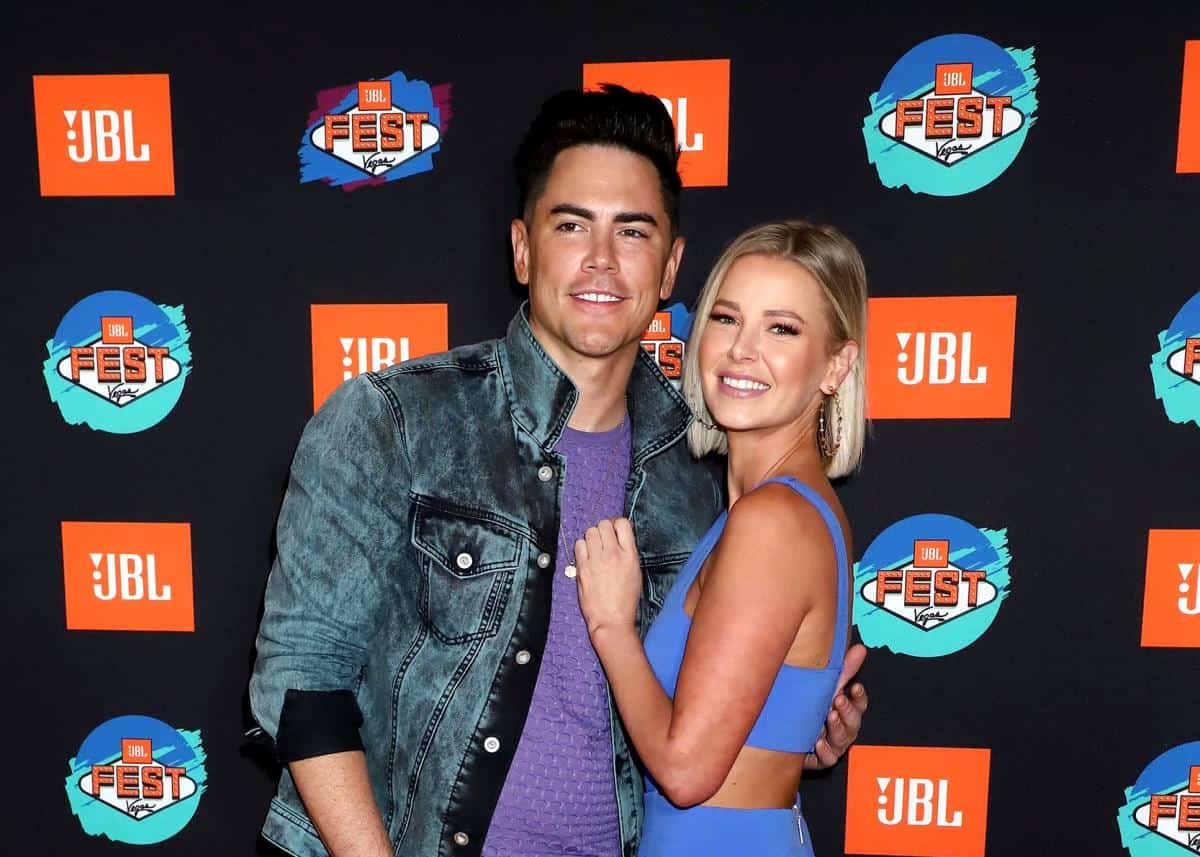 Ariana Madix has boundaries when it comes to her nearly seven-year relationship with boyfriend Tom Sandoval.

As the two of them continue to live together and work together amid quarantine, the Vanderpump Rules cast member explained the current rules of their home before sharing why she almost quit the show last season and opening up about the false narrative that is sometimes created on the show.

“It will be seven years in January,” Ariana revealed of her and Sandoval’s relationship on the December 1 episode of the Dating Straight podcast. “We work together. We live together and we’re on the show together.”

While Ariana used to encourage Sandoval to go out without her when they were living at their old apartment, they have much more space in their $2 million Valley Village home. Still, despite having spaces “where we go off and do our own thing,” Ariana recently established a house rule.

“Because of COVID-19 and us being in the house all of the time, and also we’re working on projects together, I’m trying this thing where at a certain time of day, we have ‘boyfriend time.’ Like, business hours are done,” she explained. “We can talk about life stuff but anything that’s business-related, we have to cut it off. We have to set boundaries for ourselves.”

For years, Ariana has been open with the fact that she is bisexual, but she still faced tons of questions in regard to her sexuality amid her time on Pump Rules from people who accused her of either lying about being bisexual for attention or of lying about being straight.

Not helping matters was the fact that Jax continued to target her sexuality as well as her choices for her relationship with Sandoval, which include opting out of marriage and having children.

“Something that has always really gotten to me when it comes to the show is that if someone says anything on the show, people take it as true no matter what. And sometimes pushing back almost make people go, ‘Oh, see it is true!’” Ariana explained. “It’s one of those things where you don’t control your own narrative.”

Because of the hard moments she has gone through on the show and the pressure that comes with being a reality star, Ariana has considered leaving on numerous occasions, one of which took place during Pump Rules season eight.

“Season eight, my birthday party, I bought this outfit that I thought was going to be so cute. And I tried it on and it didn’t fit me and it sent me on this spiral. I ended up being like two hours late to filming. I was like, ‘I’m not going to go,’” Ariana shared.

Luckily, after speaking to one of her female producers, Ariana was able to gather herself and get to the event.

“Those are the kind of moments where you think, ‘I can’t do this anymore.’ [But] having those producers we are so close with, they’re the kind of people who can bring you back to a place where you’re like, ‘Yeah, I can do this,’” she explained.