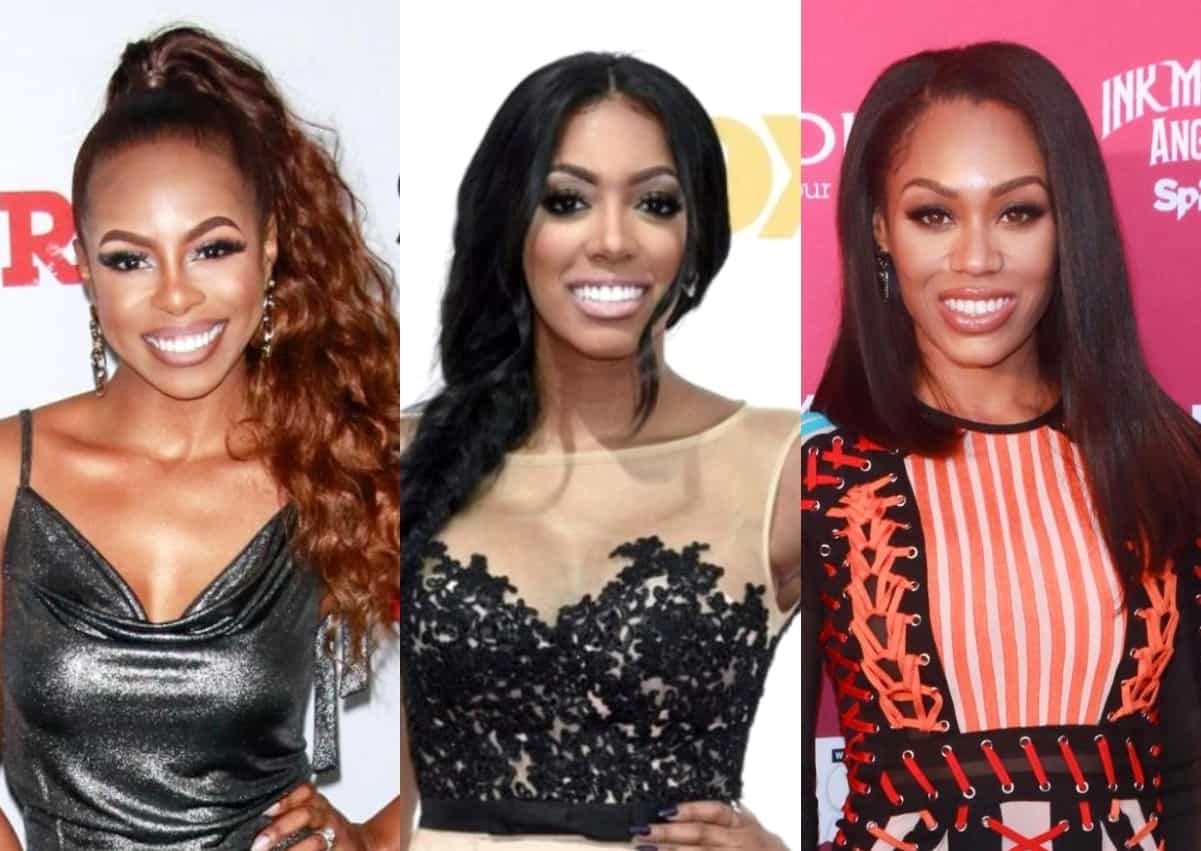 The Real Housewives of Potomac star Candiace Dillard-Bassett will continue to defend herself against Monique Samuels and isn’t afraid to take on housewives from other franchises as well.

During a new interview, the reality star discussed her epic altercation with co-star Monique and further touched on Monique’s pal, Real Housewives of Atlanta star Porsha Williams, considering how the peach-holder has defended Monique in recent months.

Porsha first backed up Monique during her interview on Bravo’s Chat Room, noting what she perceived to be Candiace’s hypocrisy.

“Come on, Candiace, you know better than that. You actually had a knife at Ashley,” Porsha remarked on the show, re-posted by The Peach Report Daily. “Now, what if Ashley would have gone and called the police and tried to press charges on you? Let’s be real now. That was your friend, you had an argument, it did not end well, however, don’t go to the next level — I think that was too much. And I’m glad you spoke up, Gizelle.”

Porsha also addressed her backing of Monique during a recent appearance on Watch What Happens Live, noting that she gave advice to her pal to “have control” in those heightened situations when being “triggered” by the other women on the cast.

Candiace, for her part, wasn’t too happy about Porsha’s comments. She dished on Behind the Velvet Rope with David Yontef about the situation and called out Porsha’s past behavior toward her RHOA co-star Kenya Moore in what was also remembered as one of the most groundbreaking altercations in Housewives history.

“I think Porsha and Kenya kind of took it too far,” she said, mentioning other instances of bad Housewives behavior. “So you’ve seen people push the line, but never really cross it outside of Porsha who has proven herself to be the sidekick of all.”

Candiace went on to express her disdain at Porsha and Monique’s friendship, further slamming the two as “wild people” coming together for the wrong reasons.

“I guess Monique would be Porsha’s sidekick, and [they’re] just the two wild people defending each other, which is very cute,” she added. “But, you know the line when you have sense, and as I like to say, ‘scruples.’ And when you don’t, it shows. It shows how you were raised and who you really are.”

The second part of The Real Housewives of Potomac reunion airs this Sunday at 9/8c on Bravo.