Home Real Housewives of Orange County News RHOC’s Tamra Judge Says Erika Jayne is “In Trouble” and Reacts to Her Cheating Claims Against Husband Tom, Plus She Shares Thoughts On Kyle Richards’ “Vile” Label and Gushes Over Dorit

RHOC’s Tamra Judge Says Erika Jayne is “In Trouble” and Reacts to Her Cheating Claims Against Husband Tom, Plus She Shares Thoughts On Kyle Richards’ “Vile” Label and Gushes Over Dorit 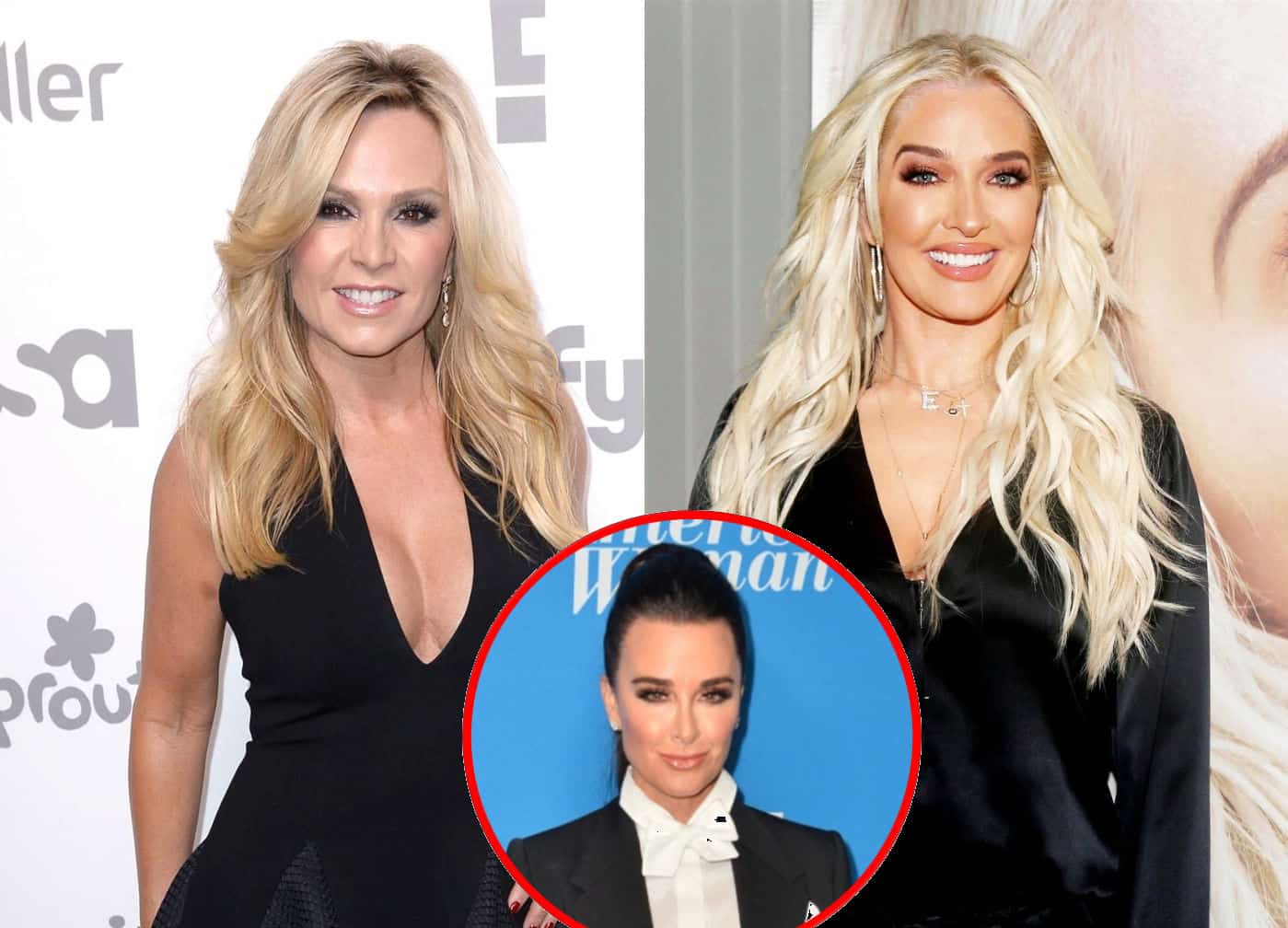 Tamra Judge reacted to Erika Jayne‘s legal and personal drama during an appearance on the December 19 episode of The Weekly Scoop With CJ.

As the Real Housewives of Beverly Hills star and her estranged husband, Thomas Girardi, continue to be faced with lawsuit after lawsuit, the Real Housewives of Orange County alum reacted to Erika’s since-deleted post about Thomas’ supposed cheating before sharing her thoughts on Erika’s castmates, Kyle Richards and Dorit Kemsley.

While chatting with host CJ Sykes on the series, which was shared on Instagram, Tamra began discussing Erika after she was asked to name what comes to mind when she thinks of the RHOBH cast member.

“In trouble,” Tamra replied, giving a nod to the millions of dollars worth of cases filed against Erika and Thomas.

Tamra then admitted that when it came to the online drama that recently played out between Erika and Thomas, she couldn’t get enough.

“Can I just say, I was glued to my phone last night reading the text messages she was exposing and then deleted and then the woman, who is this judge, had this Instagram account and then she would change her bio and I’m like, this is not right. This is crazy,” Tamra recalled. “I go to bed very early and I was up til 11 o’clock last night reading through that stuff.”

“It was very entertaining,” she added.

When Tamra was then asked to say what came to her mind when Kyle was mentioned, she said that the longtime RHOBH star was a “sweetheart,” despite being given the nickname “vile Kyle” amid her drama with former cast member Lisa Vanderpump.

“I love Kyle. I think that [the ‘vile Kyle’ label] came from when Lisa Vanderpump transitioned off the show and that fight that went on. One episode can make you or break you,” Tamra explained.

As for Dorit, Tamra spent time with the mother of two at BravoCon and greatly enjoyed getting to know her.

“She’s sweet, super sweet. I think they’re all great… I mean, not all of them, but most of them are pretty amazing. I mean, to put your life out there, for the good, the bad, and the ugly, you’ve got to be one strong woman,” Tamra noted.