Home Real Housewives of Orange County News Vicki Gunvalson Says Viewers Can’t Relate to Braunwyn on RHOC, Suggests She’s Gone “Way Too Far” and is Hooked on Fame as She Sides With Elizabeth Amid Their Feud

Vicki Gunvalson Says Viewers Can’t Relate to Braunwyn on RHOC, Suggests She’s Gone “Way Too Far” and is Hooked on Fame as She Sides With Elizabeth Amid Their Feud 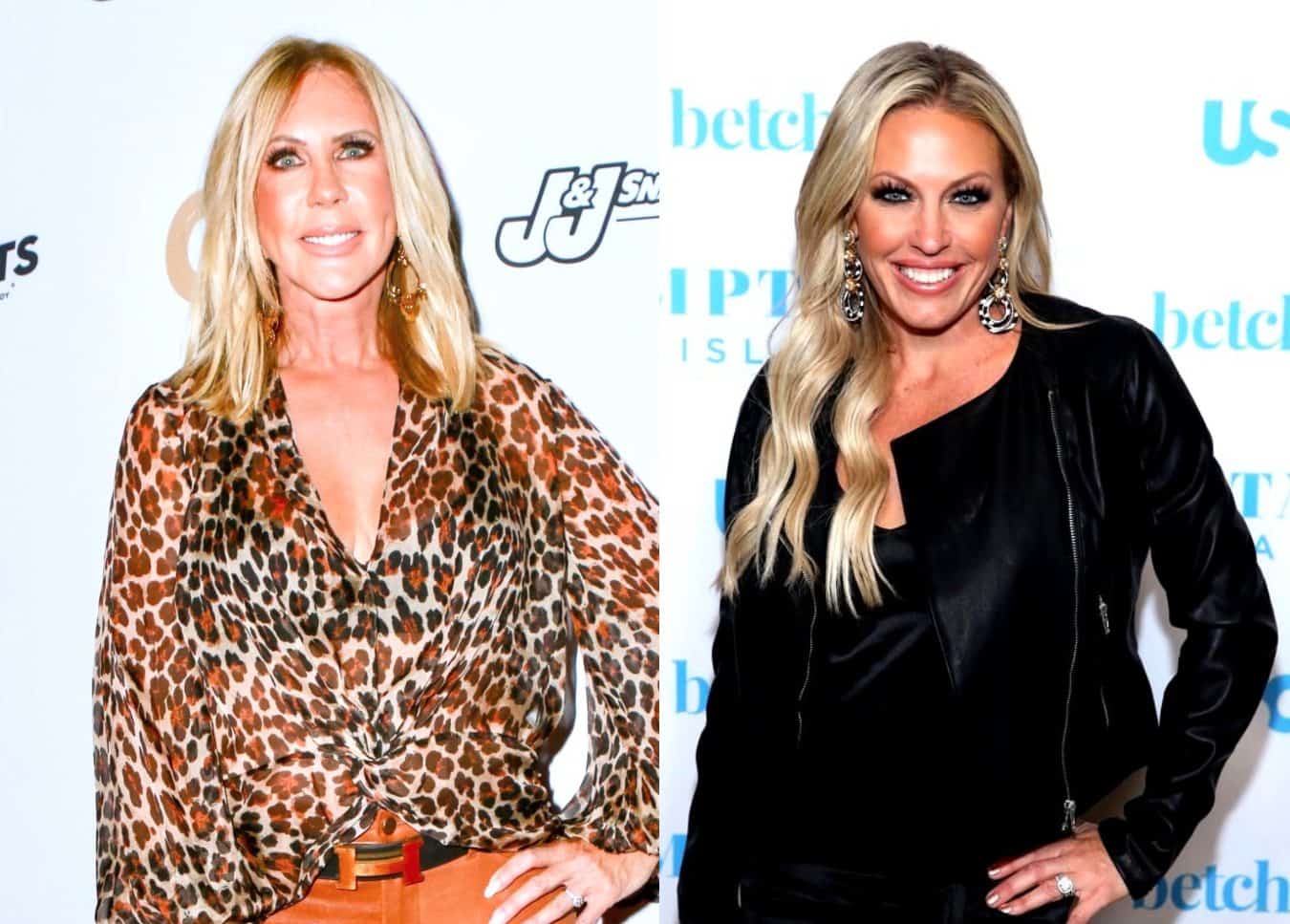 Vicki Gunvalson is weighing in on the recent drama between Braunwyn Windham-Burke and the Real Housewives of Orange County cast.

After coming across Reality Blurb‘s Instagram article about the recent claims Elizabeth Vargas made against the mother-of-seven, who she labeled as “narcissistic” and “hypocritical,” Vicki commented under our post and stated that “Brown wind” has “gone too far” while noting that viewers simply can’t relate to the drama in her life.

“Someone once told me…..Fame is like a drug… They are both bad,” Vicki wrote in response to our article on Instagram. “Brown wind has gone way too far. Middle America doesn’t relate to her chaos. For that matter, who does? I agree with you Elizabeth.”

As RHOC fans may have seen, Elizabeth called out Braunwyn on Instagram over the weekend after seeing that she had said she’ll be “heartbroken” if her husband Sean Burke falls in love with someone else, despite being in a new relationship herself.

“OK.. I’m sorry but this is just getting to be wayyyy [too] much,” Elizabeth wrote in her January 3 post. “Didn’t she just announce she’s NEVER been attracted to him EVER & she’s ‘SLEEPING WITH WOMEN’! Acceptable behavior because she calls it a ‘modern marriage’ or extremely narcissistic & hypocritical…Thoughts?”

In December, after admitting she is an alcoholic on the premiere episode of RHOC season 15, Braunwyn confirmed she is a lesbian.

“I like women. I’m gay,” she announced. “I’m a member of the LGBTQ+ community. It has taken me 42 years to say that but I am so proud of where I am right now. I’m so happy where I am. To be able to be comfortable in my own skin after so long is just so nice.”

“I love Sean. I love him dearly, he is my person, he is my family, but I’m not attracted to men and I never have been,” Braunwyn added.

In response to Elizabeth’s Instagram post, Kelly Dodd said she was “proud” of her co-star for speaking out as Emily Simpson suggested Sean “vote himself off the island.”