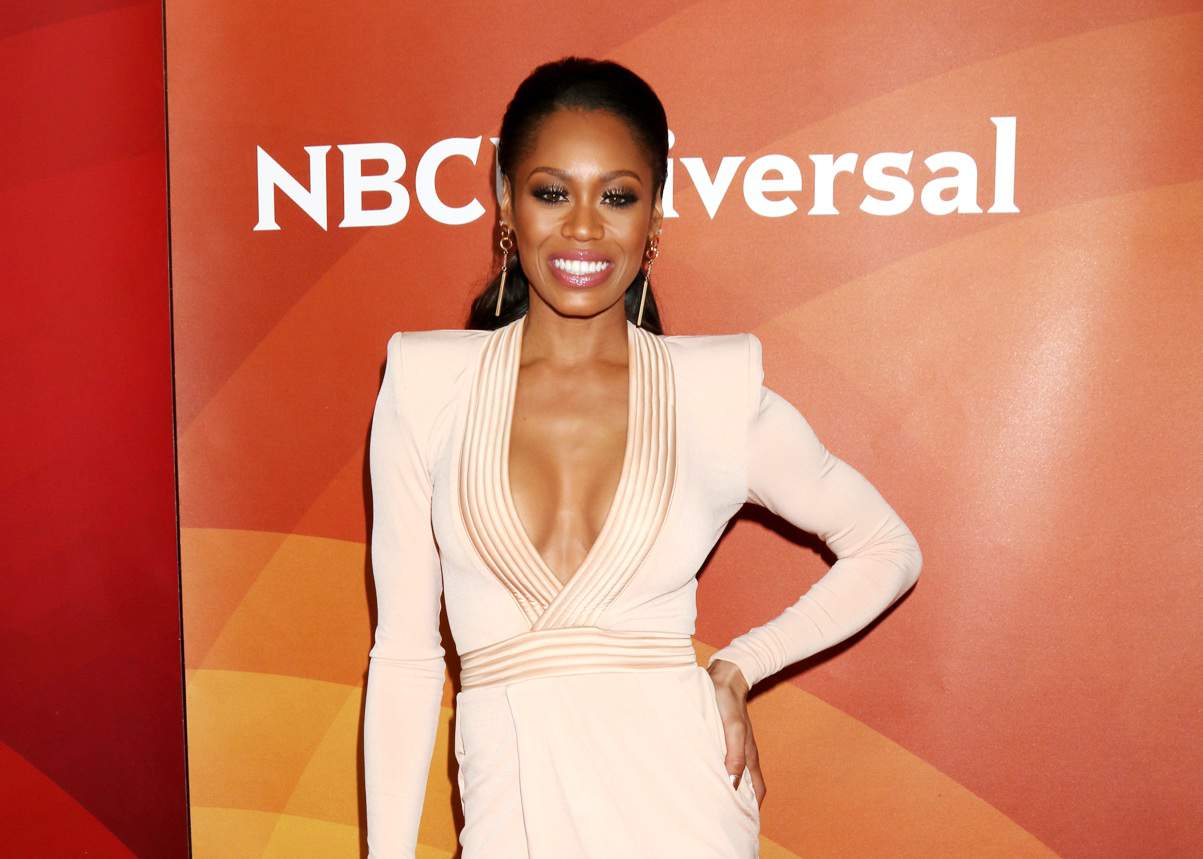 Monique Samuels is denying rumors that she quit the show after being demoted as production scrambles to replace her.

Fans were shocked when Monique announced she was leaving The Real Housewives of Potomac in December, and rumors regarding her exit haven’t stopped swirling since. Some of these rumors suggest she left the show because she was offered a “friend” role rather than a full-time contract, but Monique previously confirmed that the “friend” speculation is not true as seen in a clip that is making the rounds on Twitter.

“Yeah, so, it doesn’t really happen like that,” she told All About The Tea in December. “A lot of times when people do get demoted to a friend, sometimes that happens when you’re already filming the season. So what happens is you have an exercise in your contract that says I can move forward with what was stated previously and it’s called an offer,” she explained.

The Not For Lazy Moms blogger originally planned to return for season six and was hoping to “redeem” herself, but that all changed once part three of the RHOP reunion aired.

“I definitely received an offer, along with a phone call. And I was actually excited to be back and to know that, ‘Okay, this time I’m going to redeem myself. I’m going to show my growth.’ But when I saw episode three of the reunion, I said, ‘You know what? I can’t do this anymore,’” she explained.

Fans were also outraged concerning Monique’s alleged treatment and bad edit, and Andy Cohen was recently even forced to defend himself over the matter. However, Monique has no hard feelings toward Andy, but she was hoping that Candiace Dillard-Bassett would be held accountable for her part in their physical altercation, which at this point took place more than a year ago.

“I’ve always had an okay relationship with Andy. He actually gave me very great advice when I was going through everything after the fight!” she exclaimed. “People have a job to do and I think he was doing what he felt he was supposed to do and he did not want people to think that he was in any way shape or form letting me off the hook and he had to go in. I would have appreciated it if that same energy was pointed in the other direction of people who needed that same degree of treatment.”

Now that Monique is gone, production is trying to find a replacement, and they’re currently looking for fresh faces along with new storylines within the remaining cast.

“Potomac needs to fill Monique’s role on the show. Before Monique quit, production was anticipating – following the aftermath of Monique and Candiace – will they reconcile? Will the cast remain divided? Now that she’s gone, they’ll need to explore new people,” a source close to production told The Jasmine Brand.

However, according to the report, production is actually looking for two new cast members. This news comes following speculation that Robyn Dixon may have been fired, but Robyn has since publicly denied these rumors.