Home My 600-lb Life PHOTOS: See My 600-Lb Life Star Carrie’s Weight Loss Update! Did She Slim Down Despite Her Toxic Eating Habits With Husband Chris and Their Family?

PHOTOS: See My 600-Lb Life Star Carrie’s Weight Loss Update! Did She Slim Down Despite Her Toxic Eating Habits With Husband Chris and Their Family? 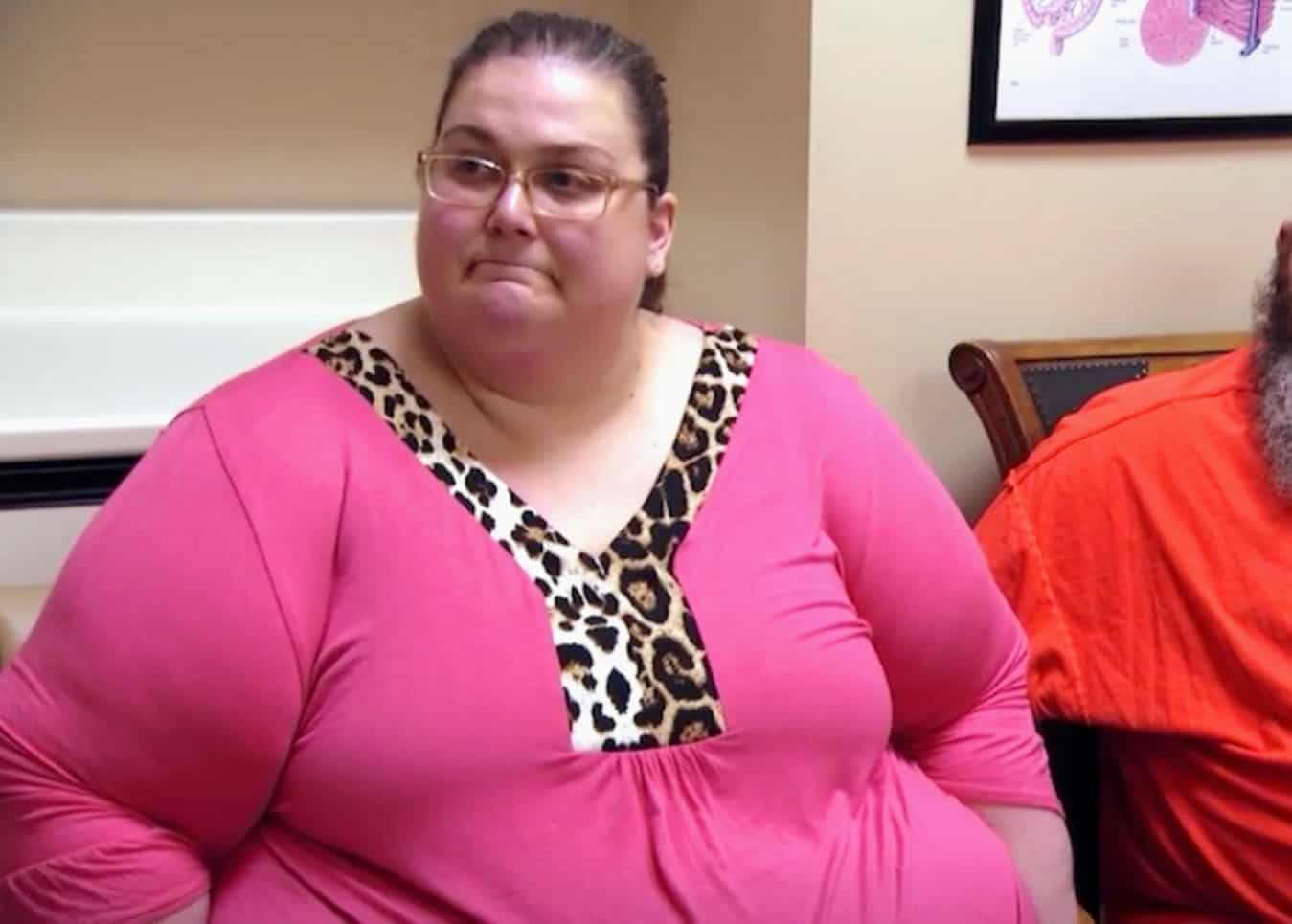 Carrie Johnson was featured on the January 13 episode of My 600-Lb Life as she weighed over 600 pounds.

Following the death of her father, who passed away from a botched weight loss surgery 20 years ago, Carrie enlisted the help of Dr. Younan Nowzaradan in the hopes of avoiding eating herself to death while also coping with the intense grief she experienced due to the loss of her dad and combatting the bad habits she and her family had taken on at home.

“I’d be willing to do anything to get my wife back… the way she was before,” Carrie’s husband, Chris, told producers in the trailer for season nine as she was seen struggling to walk down the stairs of their Huntington, Texas home.

During filming, 37-year-old Carrie and Chris sat down with Dr. Now, as all cast members do, to discuss the changes she would need to make before undergoing a potentially life-changing and life-saving weight loss surgery. Upon her first hospital visit, she got on the scale and realized she weighed 602 pounds. 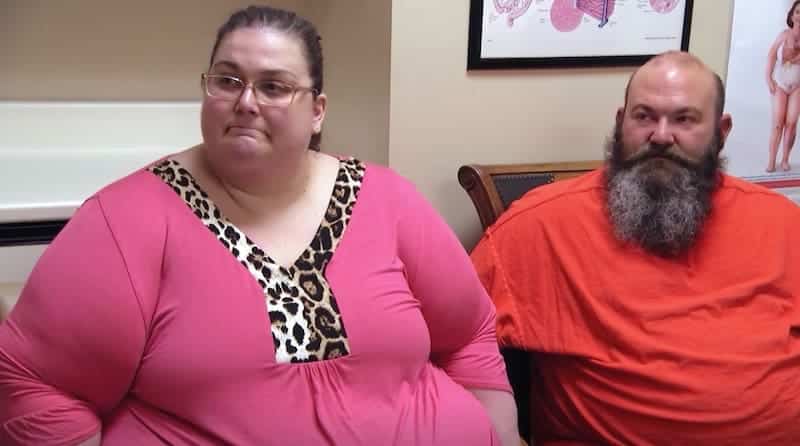 “If you value life, what are you willing to do to preserve that?” the doctor asked her, before then asking her to lose some weight on her own before she can qualify for weight loss surgery.

In another scene, Carrie was seen arriving home to Chris, her daughter Haleigh, and one of Haleigh’s friends after a long day’s work. After Haleigh suggested she cook a second box of chicken, Carrie made it clear that she was ready to change her life for the better.

“We just need one serving,” Carrie informed her child.

Making healthy changes! One week after their first visit to Dr. Now, Carrie and her family vow to set healthier habits. See the full journey TONIGHT at 8/7c on #My600lbLife. pic.twitter.com/ARZvBLqQaw

“It’s been a week since me and Chris went to Houston for my first appointment with Dr. Now, and since then, we’ve been trying to make the adjustments to eating healthy as a family,” Carrie explained of her weight loss efforts as the preview continued. “I definitely feel it’s important to implement the journey that Dr. Now has put into place for me with my family simply because, I mean, the dynamic is very clear. My daughter obviously has a weight problem. I mean, you can very much tell that my husband has a weight problem as well. And so it’s something that we can all benefit from.” 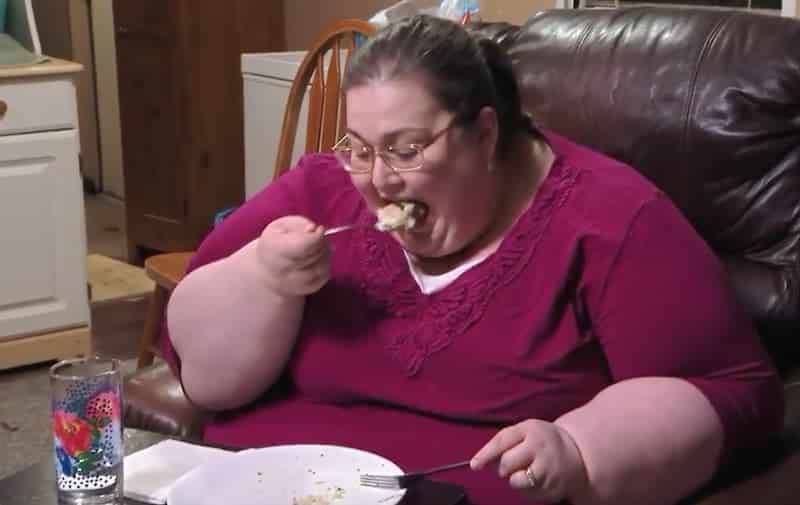 While Carrie acknowledged that the lifestyle changes she and her family were forced to make weren’t always easy, she said the only thing she was truly worried about ahead of her then-upcoming meeting with Dr. Now was disappointing him.

“He seems to put a lot of faith in his patients. You’ve got to think about it. This is a man that puts his time and his efforts into, for lack of a better word, saving your life. And so I feel like it’s letting him down to fail. So that’s the only worry I really have,” she admitted. 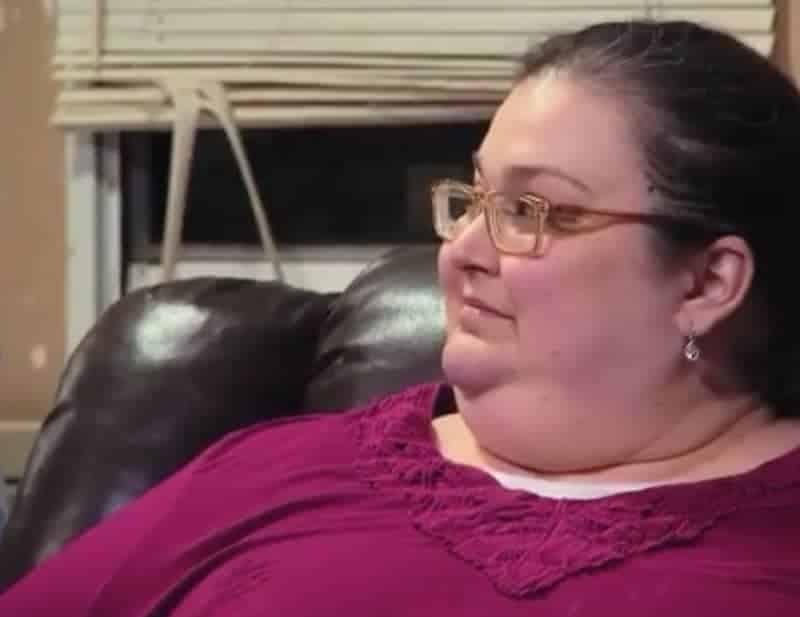 During another moment of the show, Carrie hinted that when it came to her weight loss progress, she was just getting started.

“I’ve made a lot of positive changes in just a week but I know I can do better. It’s already harder than I thought and that scares me a little but I’m very determined to do this. So I don’t want to mess this up because I desperately want to get my life back,” she proclaimed.

During her follow-up visit with Dr. Now, Carrie weighed 590 pounds, having lost only 12 pounds, and she was way behind her goal of losing 60 pounds. This led to Dr. Now recommending she get counseling to deal with some of her personal issues.

After having some rocky months, Carrie finally hit her weight loss goals as she weighed 491 pounds during her next hospital visit, having lost a total of 111 pounds on her own. This led to the doctor approving her for the gastric bypass weight loss surgery.

At the end of the episode, Carrie weighed 409 pounds, bringing her total weight loss to 194 pounds.

Her husband Chris also lost a total of 60 pounds after weighing over 300 pounds during the start of their weight loss journey.

Following filming on My 600-Lb Life, Carrie showcased what appeared to be a substantial weight loss on social media.

UPDATE – Below are a couple of images shared of her and Chris in July of last year. 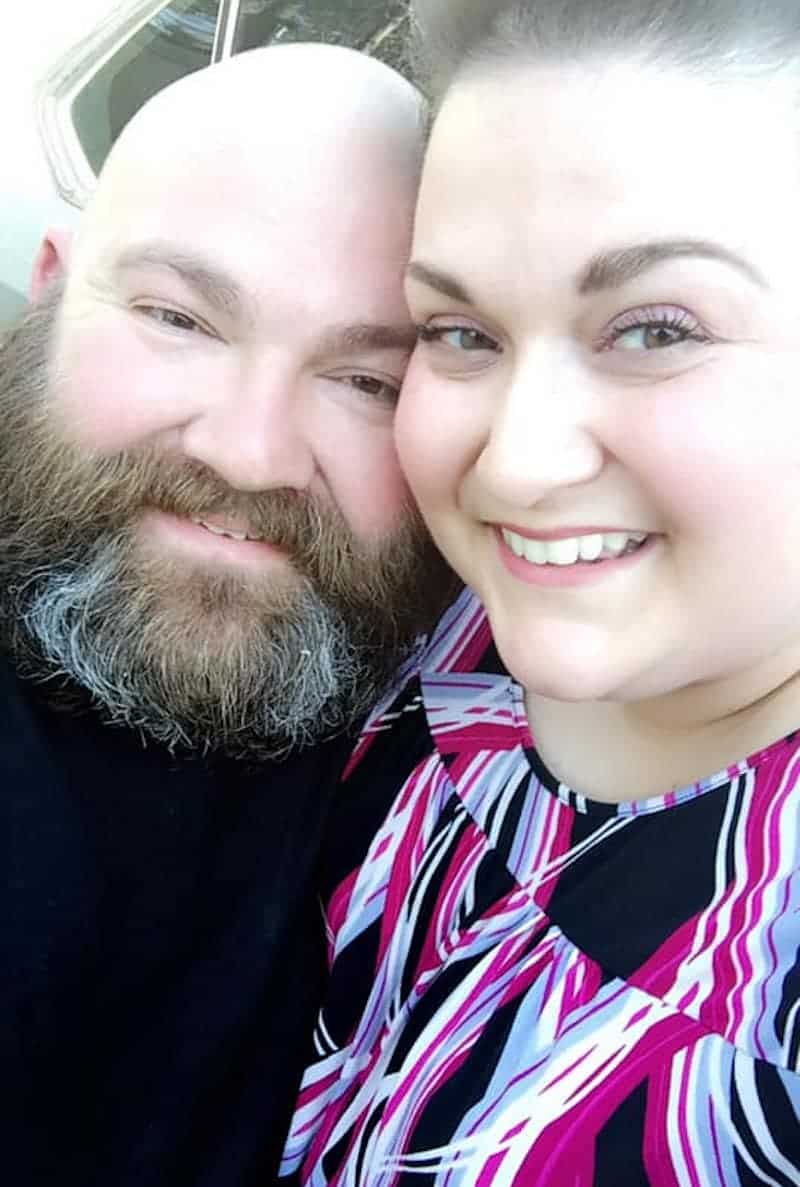 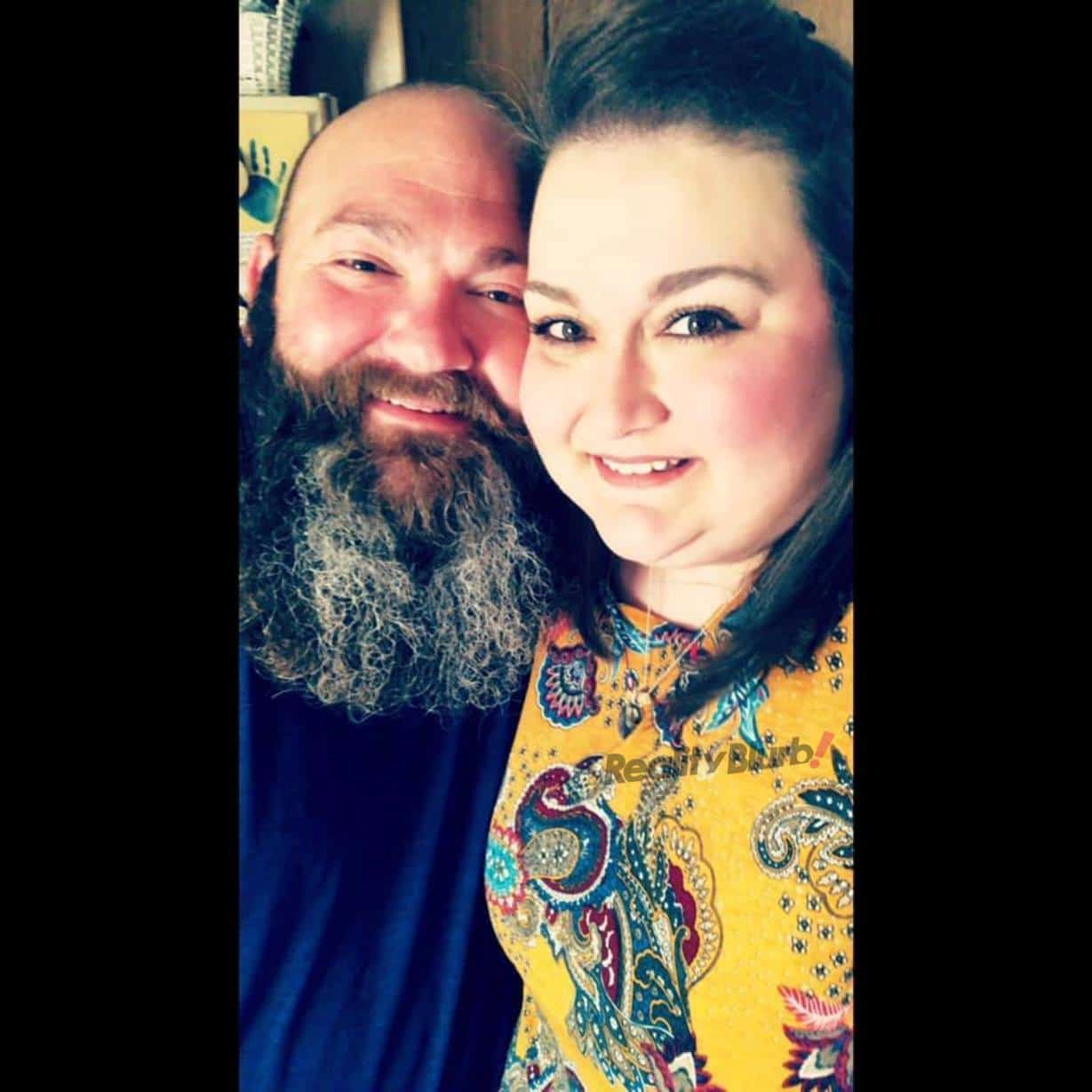 Carrie also shared a more recent photo this week in which she joked that she was Post Malone’s “chubby cousin.” 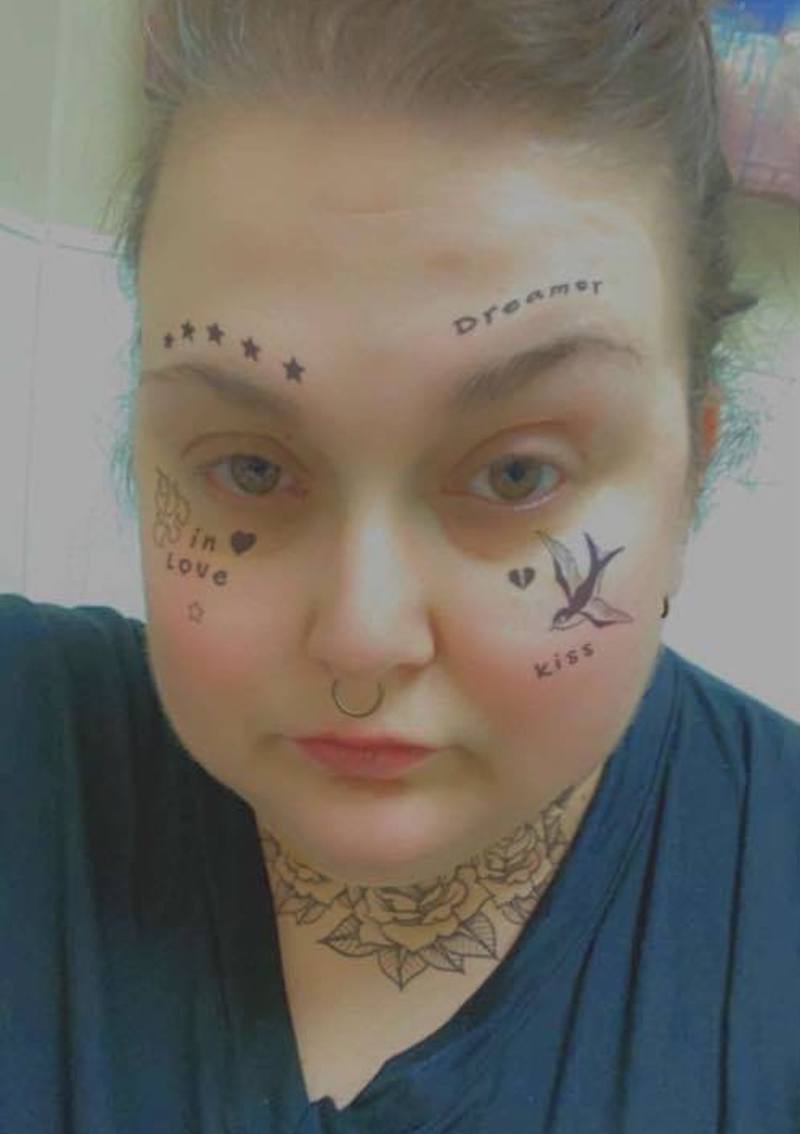 Below is a photo shared by Chris on Facebook in November 2020. 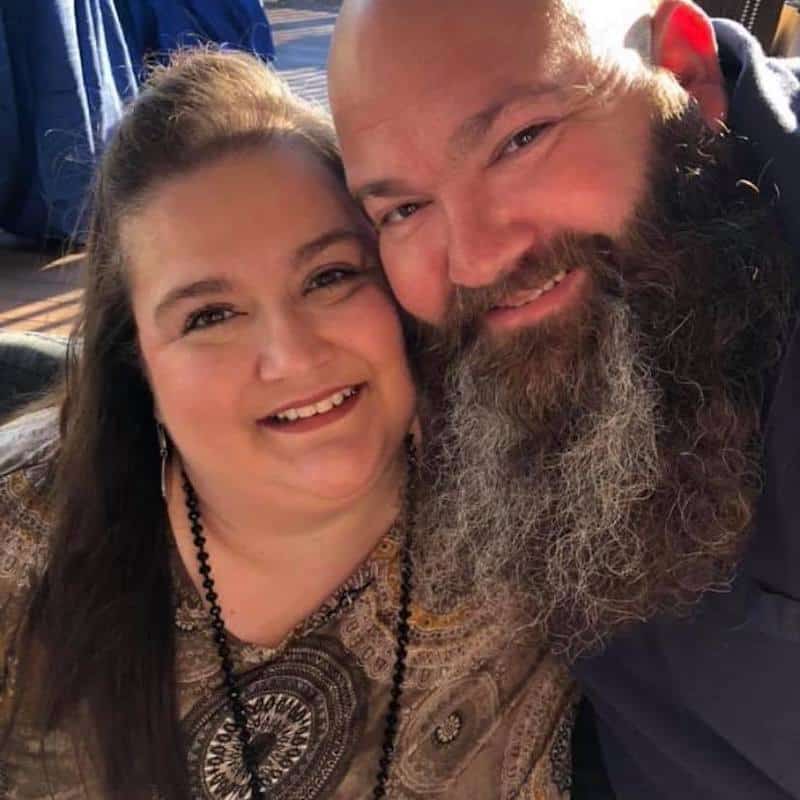 Also on Chris’ Facebook page was a kind message to his wife regarding her determination, which was shared at the end of last month.

“You don’t find happiness you make it!! I love you Carrie Johnson!” he wrote, along with a heart-eyed emoji and a kissing emoji. 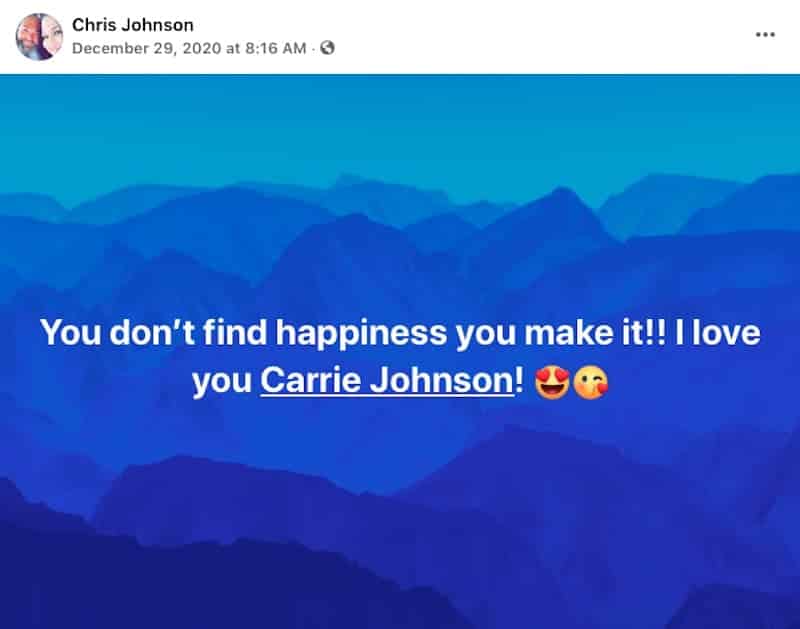 To see the weight loss photos of Samantha Mason and Thederick Barnes, who appeared on the first and second episodes of the currently airing TLC series, respectively, click here and here.