Home Real Housewives of Beverly Hills News Rachel Uchitel Dishes on Dating Dorit Kemsley’s Husband PK, Admits “She Couldn’t Get Enough Of Him” and Reveals 6-Figure Amount He Spent On Her Birthday, Plus the Ex of Tiger Woods Claims Leah McSweeney Took Her Spot on RHONY

Rachel Uchitel Dishes on Dating Dorit Kemsley’s Husband PK, Admits “She Couldn’t Get Enough Of Him” and Reveals 6-Figure Amount He Spent On Her Birthday, Plus the Ex of Tiger Woods Claims Leah McSweeney Took Her Spot on RHONY 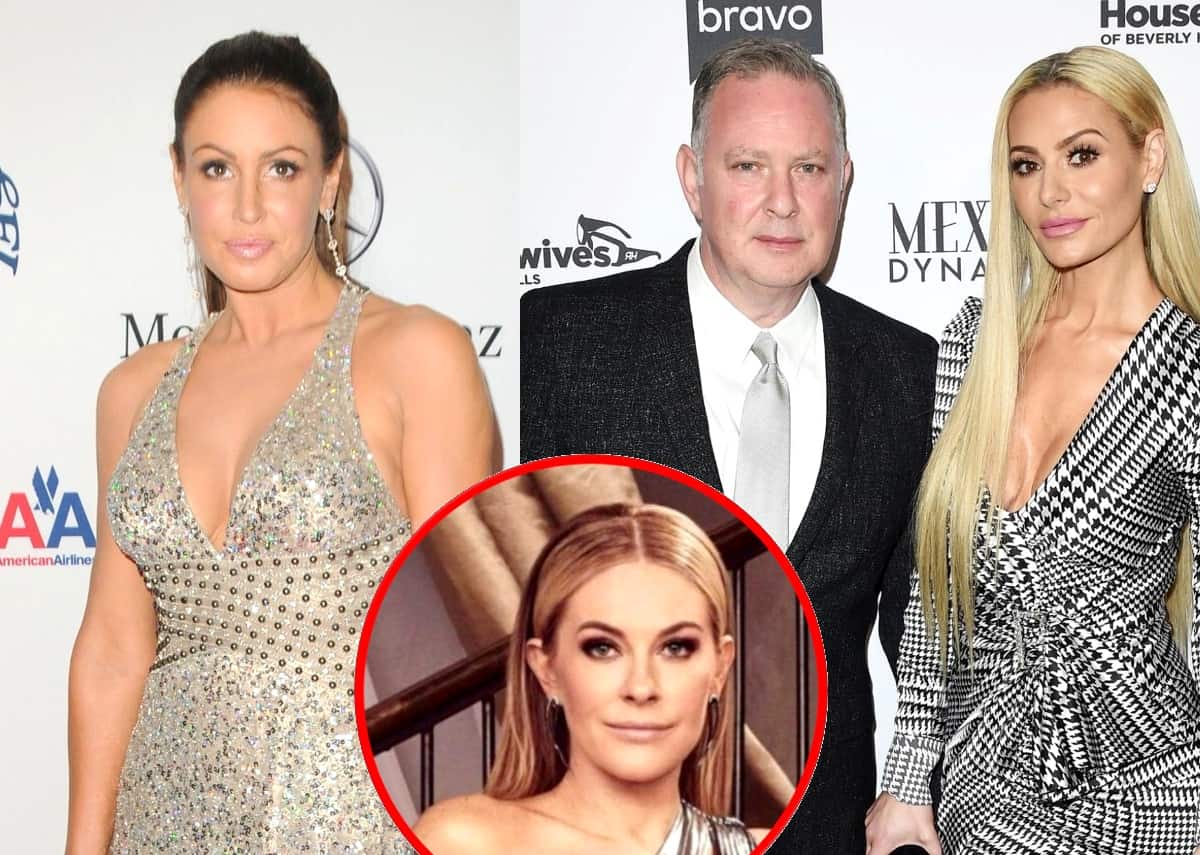 Rachel Uchitel, who gained fame years ago as one of Tiger Woods‘ mistresses, revealed during a recent interview that she once dated Paul “PK” Kemsley, the husband of The Real Housewives of Beverly Hills star Dorit Kemsley.

After gushing over PK and his great personality, Rachel admitted to being completely in love with the businessman and revealed she was in talks for a role on The Real Housewives of New York City before the gig went to Leah McSweeney.

During part two of HBO’s Tiger documentary, which aired on January 17, Rachel revealed she met PK during a time when she was working at the popular Tao nightclub.

“He was a bottle service customer. Listen, he’s got a great personality. He broke me down. He was just a friend for a year and then I totally fell in love with him. I know it sounds crazy,” Rachel shared. “I fell head over heels and couldn’t get enough of him.”

And in a separate interview with the Juicy Scoop podcast with Heather McDonald, which she taped in September 2020, Rachel shared more details on dating PK, claiming he once spent $130,000 on her birthday!

“He was generous to me… He was always a very generous guy. I have him saved in my phone as my catcher. He would always catch me before I would hit the ground,” shared Rachel according to a report by The Sun. “He would always be the person that sort of saved me from things, almost like a dad later on. He was a good guy to me, and he really was caring, but he became more like that instead of more as a boyfriend. And he really started to spin more out of control. I think he was having more problems at home figuring out his life. He was losing a lot of money.”

She continued, “On my own birthday, he spent $80K at Tenjune in New York City just to celebrate my birthday and then sent me on some $50K trip to Thailand. I mean the guy was just spending money like nobody’s business and then filed for bankruptcy…”

In addition to her ties to the RHOBH, Rachel also has ties to RHONY after nearly being cast on the show for season 12. As she explained, she was almost added to the cast in 2019 before producers ultimately chose Leah.

During an interview with the Los Angeles Times, Rachel said that because of her past ties to Tiger, she struggles to be taken seriously.

“I haven’t been able to get a real, normal, sustainable job for the last 10 years,” Rachel admitted. “I would love to go work in a newsroom again. I would love to do something normal again. They’ve told me flat out that I’m too scandalous.”

“I think I get misunderstood a little bit, and people don’t like me,” she continued. “I try my best, and sometimes I don’t do a good job. I’ve made some wrong turns. But that doesn’t define me. I’m not this person who is trying to sleep with married men and be scandalous or whatever. I’m just doing my best to be happy and figure out my purpose in life. And I think people are really hard on me.”