Home Real Housewives of Orange County News Kelly Dodd Addresses Rumor That She’s Been Fired From RHOC as She Suggests It Could Be True, Plus She Seemingly Doubles Down on Controversial Mask Comments

Kelly Dodd reacted to a rumor claiming she’ll be fired ahead of the upcoming 16th season of The Real Housewives of Orange County on Instagram on Wednesday night.

After comparing COVID-19 to a fart while suggesting masks were useless during the season 15 reunion, Kelly shared her thoughts about the report of her allegedly impending exit before seemingly doubling down on her comments about PPE (Personal Protective Equipment).

“Please tell me you’re coming back? That the rumor isn’t true .. you can’t be canned. You’re my [favorite] housewife,” a fan wrote to Kelly in the comments section of her latest Instagram photo on January 20.

“That rumor is every single year,” Kelly replied.

Then, after causing a stir with her comments about COVID-19 and her “Drunk Wives Matter” hat, Kelly suggested that season 15 of RHOC could be her last.

“It could be true,” she admitted.

In another series of comments, Kelly reacted to fans who defended her COVID-19 comments to Andy Cohen at the RHOC reunion.

“The CDC stated that 70% of the people who have gotten [COVID-19] wore masks,” one person noted.

In response, Kelly said that all of her friends who had the virus “wore masks.”

Another person said that it shouldn’t matter how many times Kelly flew to New York City to be with her now-husband, Rick Leventhal, amid the pandemic.

“Who cares how many trips you had taken? It’s your business and your life. People need to start enjoying their lives and chill out a little bit even in bad circumstances,” the person stated.

Then, when a third fan said that “masks don’t work” and claimed they are used to promote “fear and control,” Kelly seemingly agreed by sharing three red heart emoji. 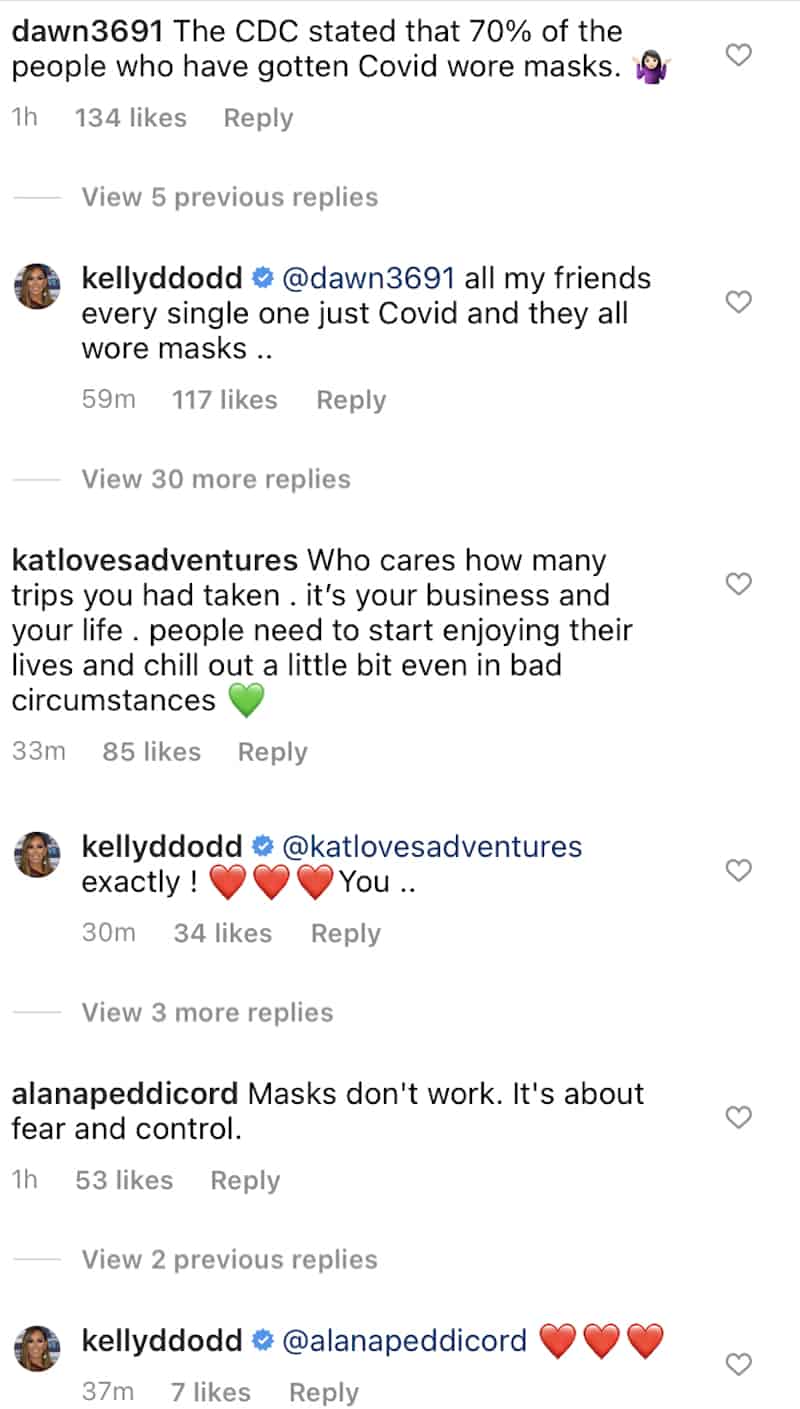