Home Real Housewives of Beverly Hills News RHOBH’s Lisa Rinna Posts “Before” and “After Vicki” Photos After Vicki Gunvalson Diss Claiming She “Wouldn’t Have a Job” Without Her, See How Her Co-Stars Reacted!

RHOBH’s Lisa Rinna Posts “Before” and “After Vicki” Photos After Vicki Gunvalson Diss Claiming She “Wouldn’t Have a Job” Without Her, See How Her Co-Stars Reacted! 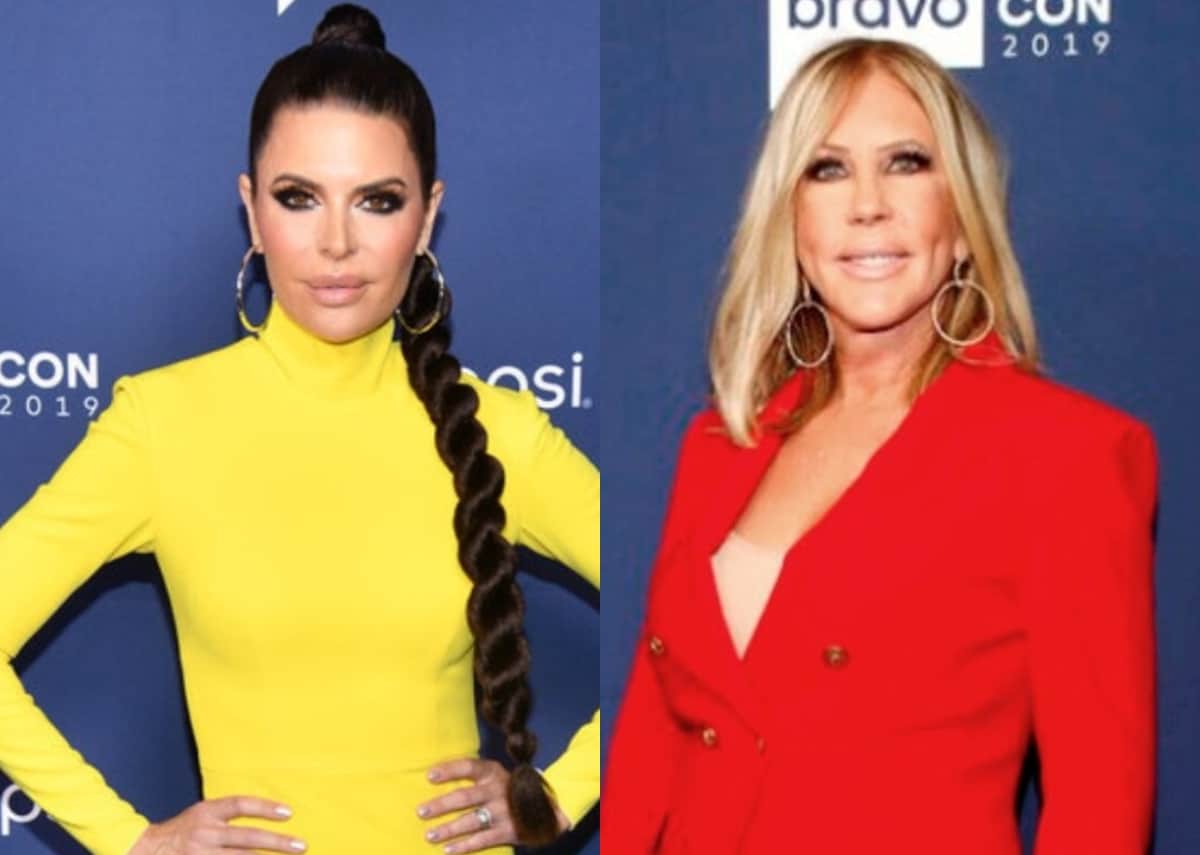 Lisa Rinna clapped back at Vicki Gunvalson on Instagram on Thursday night after seeing that the Real Housewives of Orange County alum had taken credit for her career during a podcast appearance last week.

Days after Vicki suggested Lisa wouldn’t have a job if it weren’t for her and accused The Real Housewives of Beverly Hills cast member of looking down on her, Lisa took to her social media account, where she joked about her supposed Vicki-led transformation.

“Before Vicki / After Vicki,” Lisa wrote in the caption of her January 28 post.

Last week, while appearing on the Behind the Velvet Rope podcast, Vicki accused Lisa and her RHOBH castmates of acting as if they were “above” the ladies of RHOC and said they “wouldn’t have this job if it wasn’t for [her] starting” the Real Housewives franchise in 2006.

Vicki then recalled a past encounter she had with Lisa at Andy Cohen‘s baby shower.

“Lisa Rinna didn’t give me the time of day. I said hi to her and she was like, ‘Oh yeah, you’re Orange County.’ I just felt looked down on,” Vicki admitted. “I mean, she’s up on the dance table dancing and I’m like, ‘Why? This is Andy’s baby shower and you want attention?’ I just sat back thinking, ‘Wow, this is a little messed up.'”

Following Lisa’s clap back at Vicki’s diss, a number of her RHOBH castmates weighed in with messages in the comments section of her post, including Kathy Hilton, who shared a series of clapping hands emoji, and Kyle Richards, who added three rolling on the floor laughing emoji.

The Real Housewives of Beverly Hills cast is expected to return to Bravo sometime this spring for season 11.