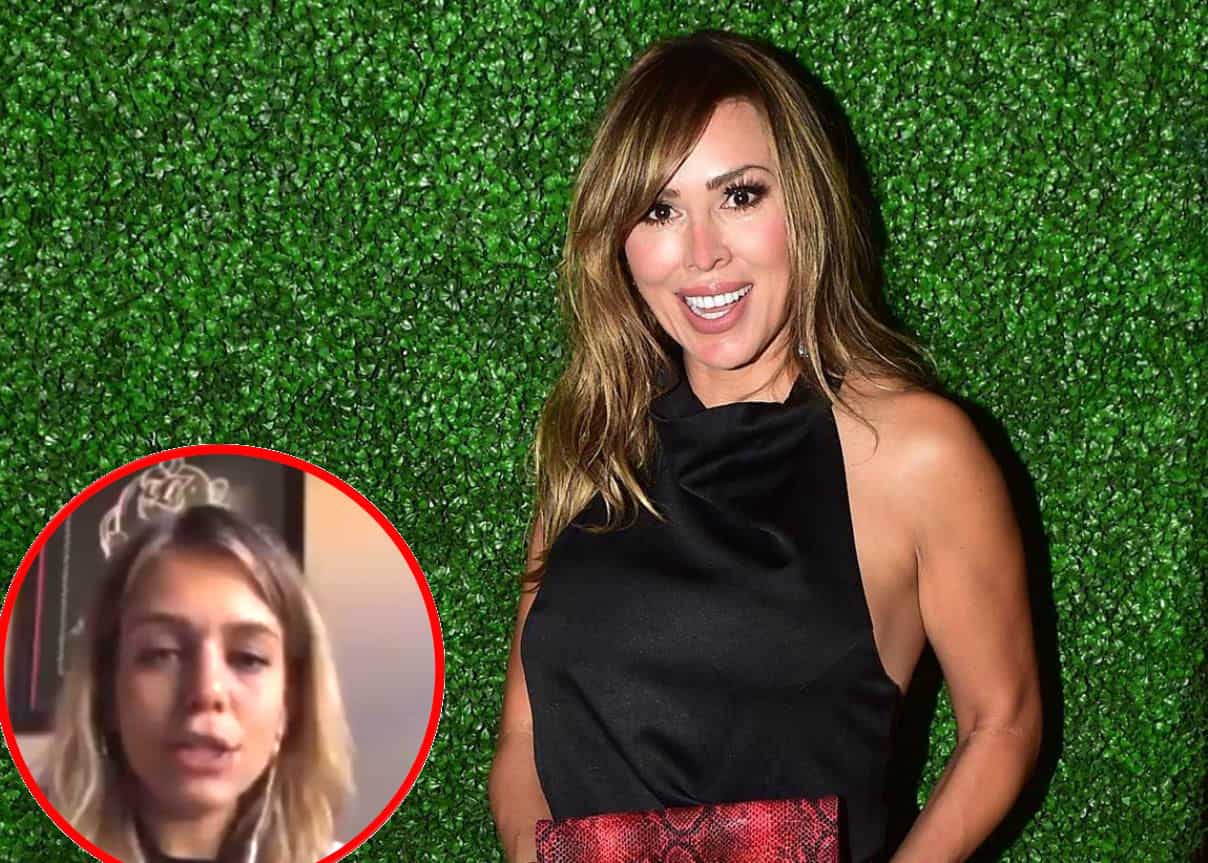 Kelly Dodd‘s step-daughter, Veronica Leventhal, appeared to react to her recent statements regarding race in a post shared to her private Instagram Story this week.

After Kelly, 45, said during the Real Housewives of Orange County reunion on Wednesday that she’s Black, later claiming a DNA test from 23&Me confirmed she’s part of “all races,” Veronica, 29, the oldest daughter of Kelly’s husband, Rick Leventhal, 61, said she’s had something on her mind for the “last couple of days.”

Veronica then suggested that the person she was speaking of had used their claims of being part of a certain race to not only benefit them, but also to defend themselves from claims of biases.

“I don’t think that you can claim ownership on a culture or a nationality and then disallow privileges to those people, either through certain political perspectives or just subjugating them in other ways. And I don’t think you can use your personal multiculturalism as a shield for people saying that you have biases,” Veronica explained.

“And finally,” she added, “if you are going to make arguments about racism, then you should have a basic understanding of the difference between race, ethnicity, and nationality.”

Although Veronica didn’t mention Kelly by name in her clip, or indicate who the message was for, a number of LoveAndyC’s followers on Twitter seemed to think it was most definitely for the RHOC star.

“Smart girl,” one fan said. “She is obviously trying to educate her stepmother, the new Mrs Leventhal. Bet Kelly won’t be able to resist a comment.”

“Yes!!! She nailed and it said sooo much in such a short period of time. Of course, Kelly is going to lose her sh*t and come back with some unintelligible ignorance,” another suspected.

“This girl just shot Kelly down!! So articulate!!” a third person wrote. “Think she will handle the vitriol coming her way from step-mom.”

In June of last year, after being accused of racism for saying she would never date a Black man, Kelly responded to a person online who asked her if she felt she couldn’t be racist due to the fact that she’s Mexican.

“Do you truly believe that because ‘You’re Mexican you can’t be racist’?” the person asked.