Kandi Burruss Addresses Sexual Abuse Accusations Against T.I. and Tiny, Reacts to “Auntie” Label by RHOA Costars and Reveals What Annoys Her About the Cast, Plus Why She’s No Longer Talking to LaToya Ali 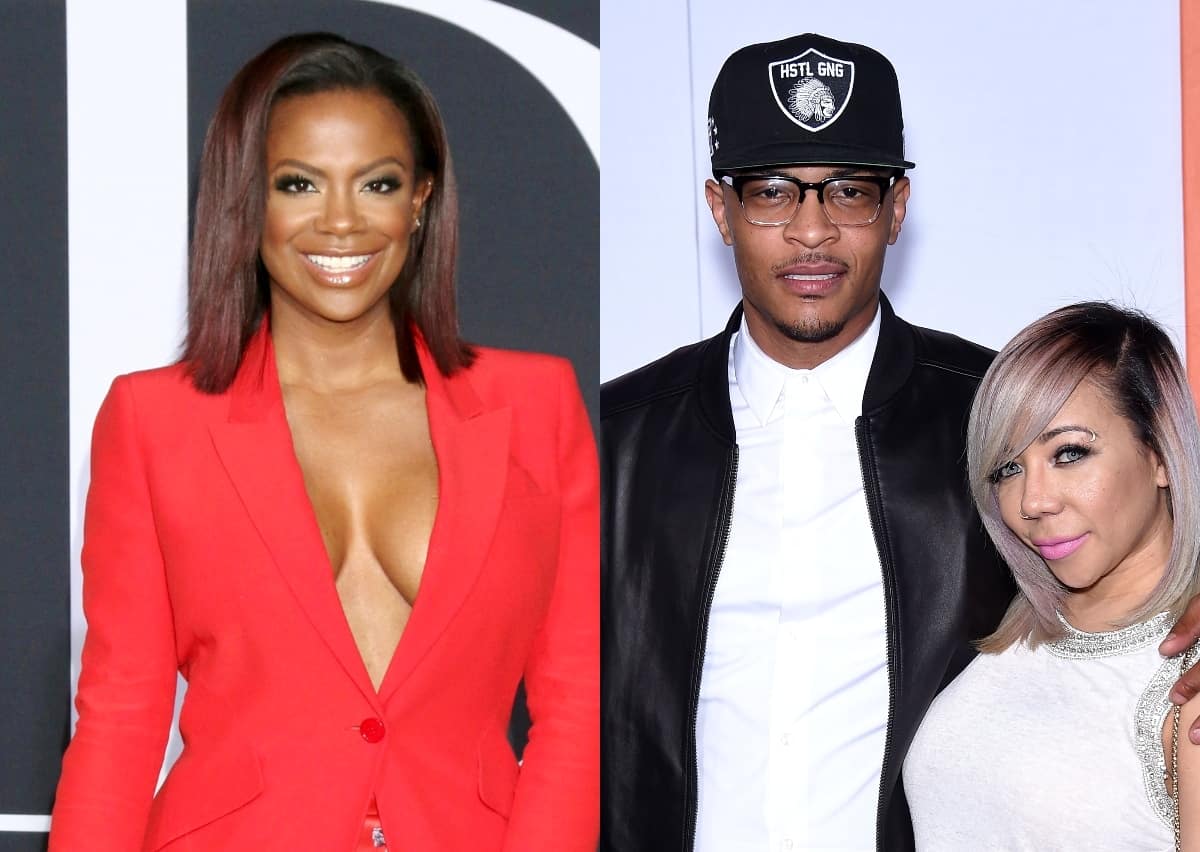 Kandi Burruss appeared on Watch What Happens Live on Sunday night, where she was asked about the sexual abuse claims being made against her longtime friend and Xscape bandmate, Tameka “Tiny” Harris, and her husband, rapper T.I.

In addition to addressing her “auntie” role on The Real Housewives of Atlanta and revealing what annoys her about each of her castmates, Kandi took aim at society for being quick to make someone guilty, even when there is a lack of facts.

“You’re guilty until proven innocent instead of [being] innocent until proven guilty. And I don’t like that,” Kandi admitted after being asked about Tiny and T.I. “I don’t like when people start rumors on folks and I would like for society to stop being so quick to try and make somebody guilty without really taking the time to get real evidence.”

According to Kandi, she’s “never personally seen” Tiny do any of the things she’s accused of, including trafficking and drugging women, and she doesn’t want to be tied to the rumors.

“They are like family to me. Tiny and I grew up together. Because of the things that were said on our show before, people always try to wrap me up into any rumor that happens right now, [and] I don’t like that. I don’t like what’s happening right now,” Kandi added.

Later, during the WWHL: After Show, Kandi reacted to the “auntie” label she has gotten in recent weeks on RHOA by admitting that the dress she was recently seen wearing on the show was “definitely” worth the title.

“That house dress was definitely ‘Auntie.’ I was like, ‘Oh my God.’ That’s my comfortable house dress. I don’t mind wearing it to the store either, for real,” Kandi joked of her mature look.

During another moment of the live broadcast, Kandi spoke of her co-stars, starting with Porsha Williams.

“One thing that would annoy me about Porsha is every time she says, ‘Blame it on the Henny.’ I don’t want to hear you blaming anything else on Henny or alcohol. No! That’s a wrap,” Kandi stated.

Moving onto Kenya Moore, Kandi said that she often finds herself frustrated by the way in which Kenya continues to confront her off-screen about things that have already been worked out on the show.

“She’ll call me or text me off the show and I’m like, ‘Girl, we can’t debate everything that happens on this show. We can’t talk about this no more. It’s done,’” Kandi explained.

After revealing there’s nothing irritating about Cynthia Bailey and saying that she’s done hearing about Drew Sidora’s Achille’s heel injury, Kandi spoke of her issue with Marlo Hampton.

“She’s super sensitive this season. She got upset a lot,” Kandi shared. “Y’all haven’t seen some of that stuff yet and I don’t know how much y’all are going to show but especially in New Orleans and different things, she got really sensitive about a lot of things this year.”

Kandi also took issue with LaToya Ali, who she claims she recently stopped talking to after being stood up multiple times.

“I’m mad at LaToya right now because she was supposed to come meet up with me three times and stood me up three times. Like literally, ‘Oh, I’m on my way,’ and then you don’t hear from her,” Kandi revealed. “I’m not talking to her. She acts like I have nothing better to do than to sit around and wait on her so me and her.”