Home Real Housewives of Orange County News RHOC Alum Vicki Gunvalson Shares Update on Son Michael Wolfsmith After a Fan Points Out He’s Missing From Her Many Trips, Where is He Living Today?

RHOC Alum Vicki Gunvalson Shares Update on Son Michael Wolfsmith After a Fan Points Out He’s Missing From Her Many Trips, Where is He Living Today? 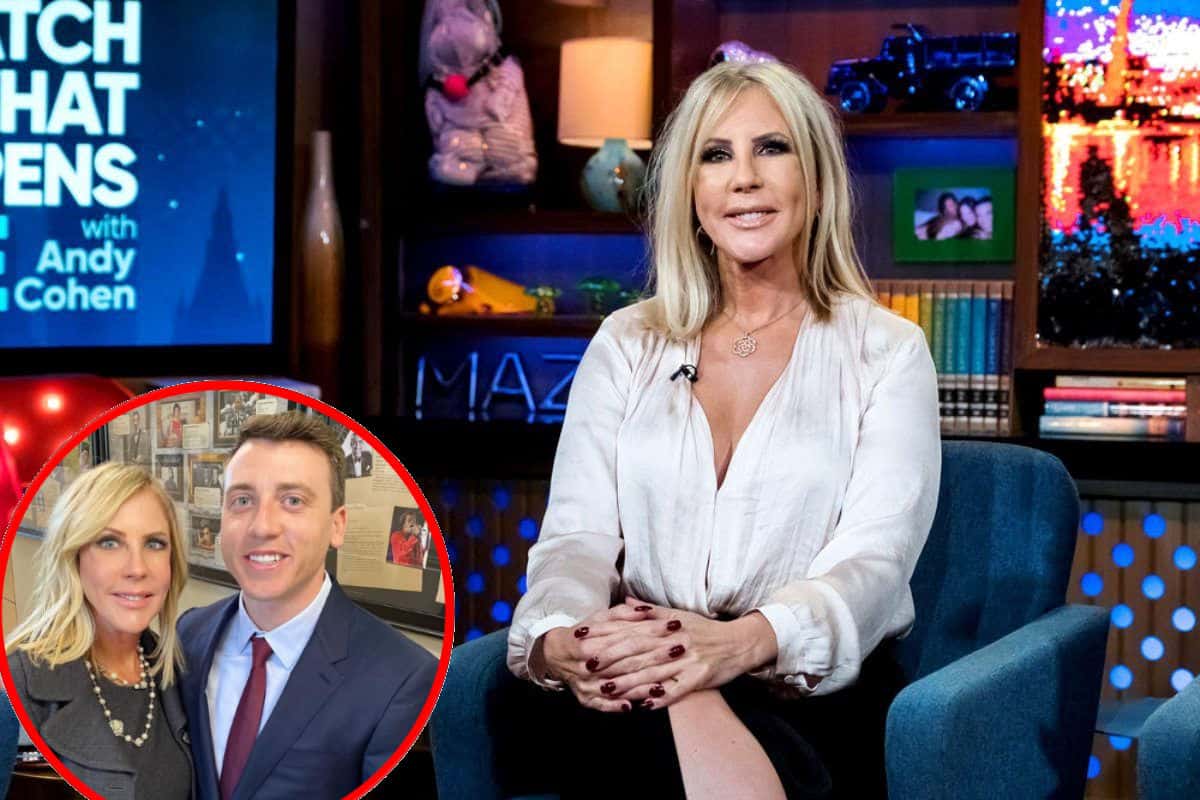 Vicki Gunvalson has offered an update on her son, Michael Wolfsmith.

After being confronted by a fan who wanted to know why Michael never seems to be included in her vacations, the Real Housewives of Orange County alum explained why he’s often missing in action while also celebrating his career success.

“How come your son isn’t on any of your trips with family? We miss seeing him,” the fan wrote.

“I know I miss him too. He’s living in Hawaii now,” Vicki replied.

In January, weeks before confirming Michael relocated from Southern California to the Aloha State, Vicki applauded Michael for making it into the Top 10 of his employer’s sales leaderboard on Instagram.

“Top 10 again last month for placed business while living in Hawaii,” Michael announced to his fans and followers on January 14. “I had a case activated after the cutoff which would have made me top [three]. Maybe next month! I talk to a mix of people who come to our website, and random leads which I pay for.”

Along with his message, Michael shared a screenshot of the leaderboard of Digital Brokerage Agency, where he sells life insurance.

“Woo hoo!! Way to go son!” Vicki said in response to the news. 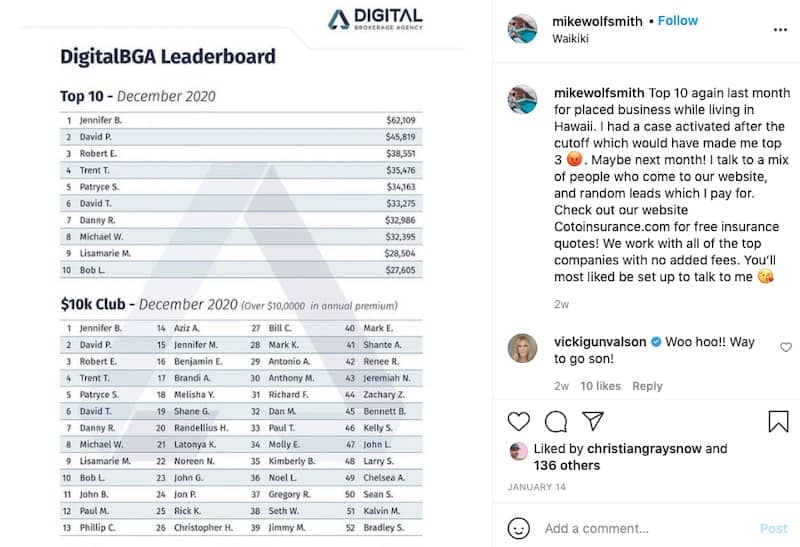 While it is unclear whether or not Vicki will ultimately purchase a home in Hawaii to be closer to Michael, it certainly seems like a possibility. After all, Vicki bought a home in North Carolina after daughter Briana Culberson relocated to the area and is now selling the lake house as Briana prepares to move to Chicago.

In addition to her lake house in North Carolina and a condo in Puerto Vallarta, Vicki is still the proud owner of the Coto de Caza home she was seen in for years on RHOC. That said, she’s been trying to unload the property since last summer for $3.35 million.