Vicki Gunvalson Confirms She’s Buying a Home Near Daughter Briana Culberson in North Carolina as the Ex RHOC Star Temporarily Shelves Her Podcast, Plus She Shares Update on Her Wedding 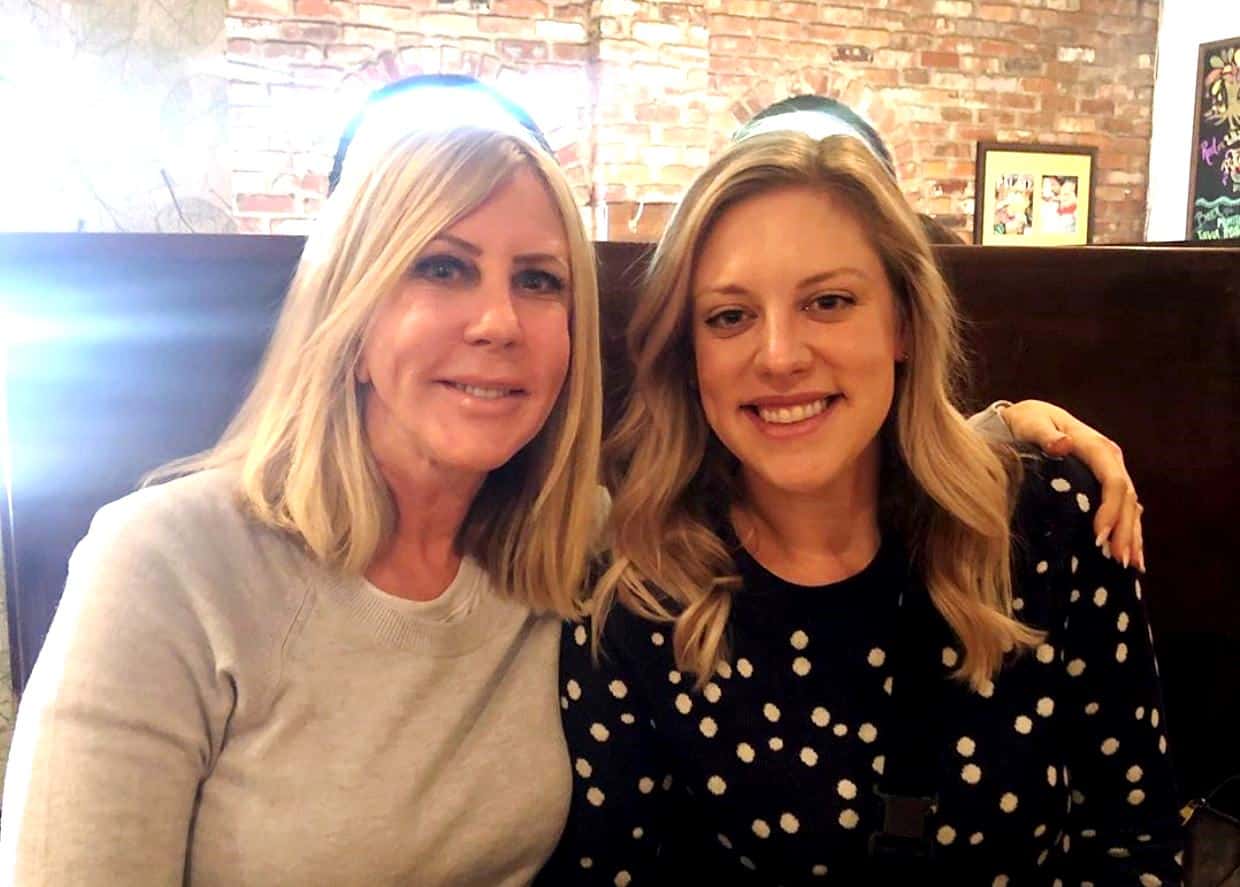 Vicki Gunvalson has decided to purchase a new home in North Carolina.

Just two weeks after listing her Coto De Caza home for $3.35 million, the former Real Housewives of Orange County cast member has confirmed she’s in the market for a lake house near daughter Briana Culberson, revealed the shelving of her podcast, Whoop It Up with Vicki, and offered an update on her wedding to Steve Lodge.

“I just decided to purchase a house in North Carolina for a rental property, a lake house near Briana. I’m super excited about that,” Vicki announced to her fans and followers on Instagram on August 26.

As RHOC fans well know, Briana moved to North Carolina with her husband, Ryan Culberson, in 2017, and she is currently awaiting the birth of her third son. So, it’s no surprise that Vicki wants to be able to spend even more time on the East Coast. That said, she’ll also be continuing to spend time at her new condo in Puerto Vallarta, Mexico, which she purchased months ago.

Unfortunately, because of all that she’s doing, along with her hectic schedule with her insurance company, Coto Insurance, Vicki has decided to call it quits with her podcast, at least “for a while.”

“I’m going to sunset [my podcast],” she shared.”[There’s] just a lot going on and I haven’t really been able to really give the podcast the attention it deserves. We will reconvene back, maybe towards the end of the year. But right now, the timing just isn’t good. I’ve just got too many things on my plate and I need to concentrate on the things that are high-priority right now.” 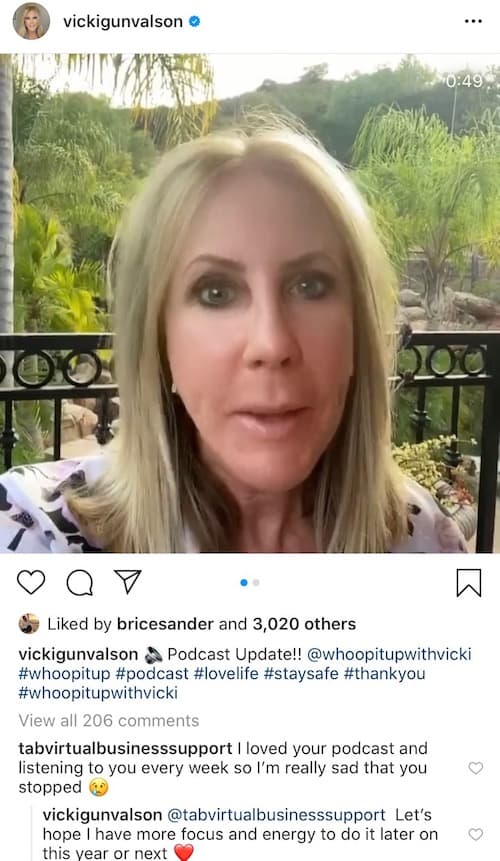 In the comments section of her post, after telling one fan she hopes to relaunch Whoop It Up with Vicki later this year or next year, Vicki was faced with a couple of questions, one about her upcoming nuptials with Steve and another about her home in Southern California.

“So when is the wedding? Are you guys still together?” one RHOC fan asked.

“Yes we are still together. Most likely we won’t have a formal wedding. This is not a good year to be planning anything,” Vicki replied.

“Has your home sold in Coto?” another fan wondered.

“No not yet,” Vicki confirmed.

Vicki announced her departure from The Real Housewives of Orange County in January after starring on the Bravo series for 14 seasons.