Stephanie Hollman Dishes On Filming RHOD Without LeeAnne Locken, Says D’Andra Is “Different” When LeeAnne Isn’t Around And Admits She Feels Bad About Season 4 Reunion Drama, Plus Live Viewing Thread 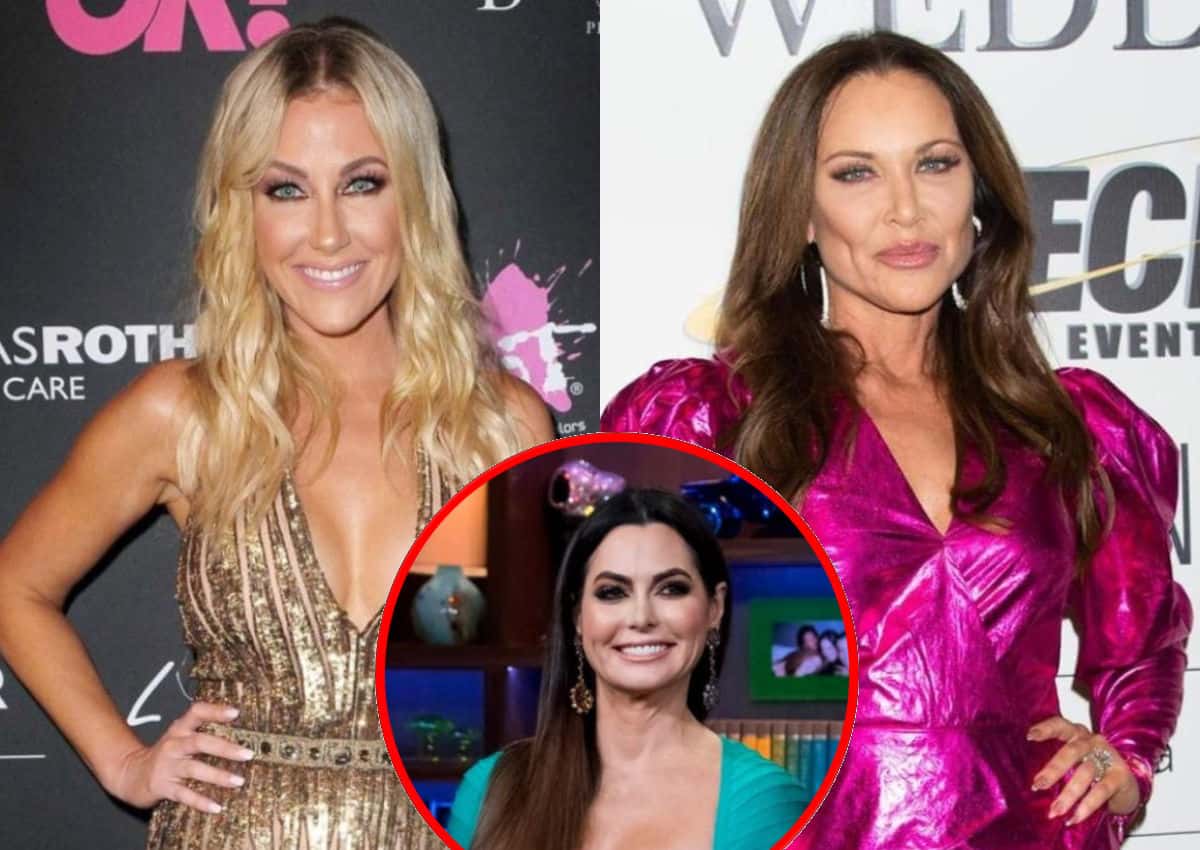 Stephanie Hollman dishes on the absence of former Real Housewives of Dallas cast member LeeAnne Locken, claims filming season five felt much lighter, and reveals which co-star has benefited the most from LeAnne’s exit.

It’s been a year since LeeAnne announced she was leaving the show, and Stephanie is discussing the different vibe the cast is feeling now that she’s gone.

“The fighting is there, but it’s not horrible,” she recently told Entertainment Tonight. “It’s not, like, people trying to kill each other.”

If fans recall in season one, Marie Reyes — who was a “friend” on the show at the time — told the other ladies that LeeAnne had threatened to “gut” her. When LeeAnne was confronted with the allegation, she simply stated, “When I say ‘kill,’ it means something different than what you’re thinking.”

Although some fans were hoping the 53-year-old would return to make amends for her seemingly racist comments about Kary Brittingham, it seems the cast is a lot more comfortable without her, with Stephanie claiming it’s “the lightest season [they] have ever had.”

“I think that we were all able to just breathe a little bit,” she explains. “Everyone kind of came out of their shell, and it was just refreshing. No one felt like they were holding back.”

They all may be coming out of their shell a bit, but Stephanie says LeeAnne’s absence has benefited D’Andra Simmons the most.

“She always felt kind of nervous, like she didn’t want to offend LeeAnne. So, for D’Andra, I think it was a very different her, she was so light and fun,” Stephanie reveals.

Though everyone feels more at ease this season, Stephanie says she really does have empathy for her former co-star. She also partially regrets the pile-on LeeAnne received at the season four reunion for her “chirpy Mexican” remark as well as the other racially insensitive things she said. Stephanie admits that watching her best friend, Brandi Redmond, deal with her own racial controversy is what really helped her realize that LeeAnne’s human and simply made a big mistake.

“I look at LeeAnne with a very different lens,” Stephanie shares. “My heart goes out to her maybe more than it did when it was airing, because I realized what happens behind closed doors and how that really hurts someone, so I don’t want to sit here and throw salt into a wound that I’m sure she still has, and I know that she did it and has to live with that, but I wish her the best I want to put that out first.”