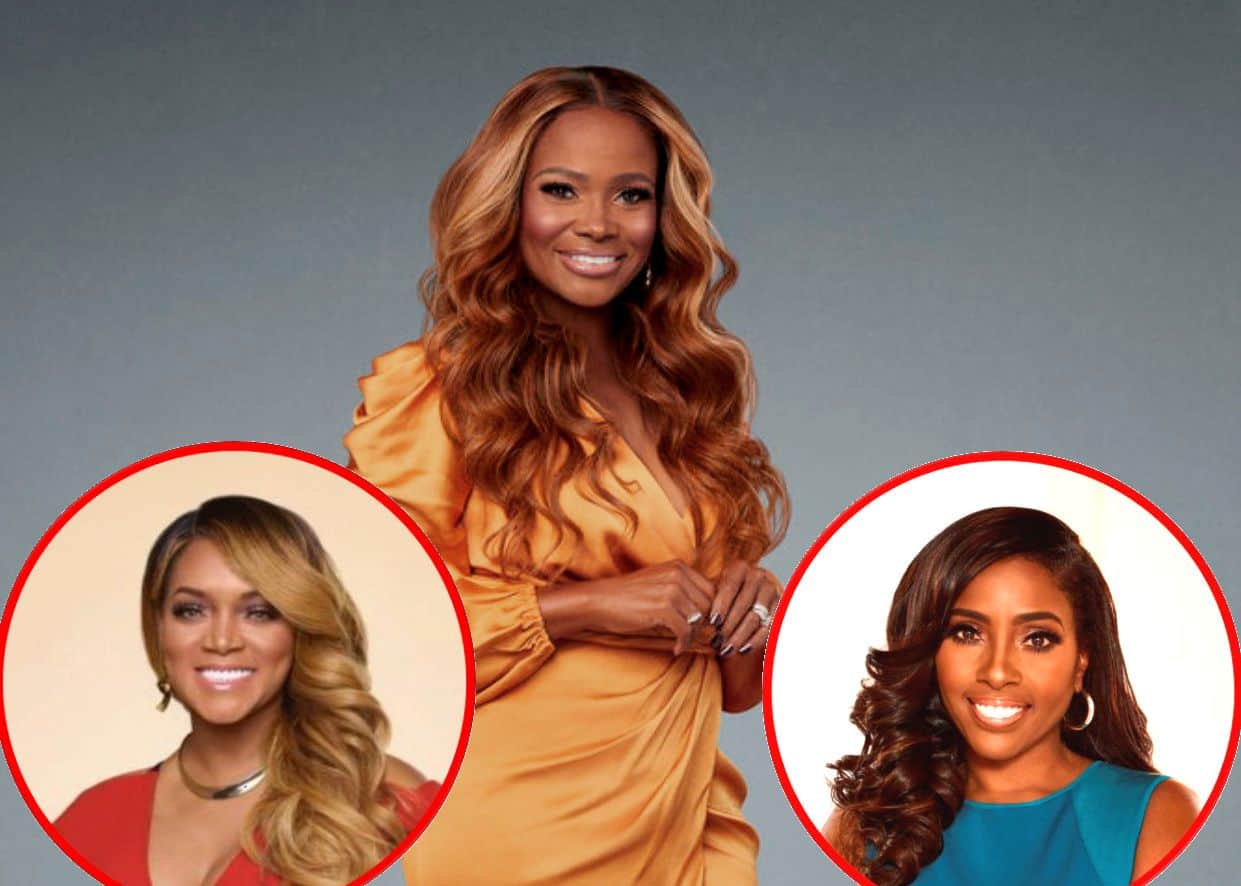 Dr. Heavenly Kimes says Married to Medicine is better off without Mariah Huq as she dishes on the upcoming season and shades her co-stars.

Heavenly has never been afraid to speak her mind and that’s exactly what she did in a new interview ahead of the season eight premiere. First, she addressed Mariah’s controversial exit from the show, but she believes it’s fairly obvious why Mariah was fired.

“I just feel like, whose friend was Mariah,” Heavenly wondered as she spoke to Entertainment Tonight via video chat. “Who was her friend on the show? Who could she film with? I think this show is based on a group of friends and nobody really f*cks with Mariah. Nobody don’t, and I just think that her… I don’t know, but the cast shakeup, I think it was a good move.”

Though Mariah is gone, there’s still plenty of drama to go around according to Heavenly. Even though she and Dr. Simone Whitmore seemed to patch things up at the season seven reunion, it apparently didn’t last, but Heavenly claims she tried to rekindle the friendship they once had.

“I have to be honest, we’re still not speaking!” she continued. “We had positive movement during the filming, but to this day we’re really not where we were.”

The respected dentist just wants her former friend to quit holding onto the past and move forward for the sake of the show.

“I just think Simone needs to own her s**t and move forward,” she explained. “Ain’t nobody holding no grudges. We all get into it. Nobody hasn’t done wrong in this group. If we held grudges we would never get anywhere.”

Heavenly then turned her attention to Toya Bush-Harris, who she apparently thinks needs a “real” job.

“I think that Toya – I’m gonna just tell you this the nicest way I can – need something to do,” she snarked. “Something else to do. I mean, her kids are at school, so we can’t say she’s a stay-at-home mom. She needs something to do, something to make her life feel more fulfilled. That’s my thought on Toya, really, because she’s really critical of people that are doing way more than she is, so she needs to do something so she even has an inkling of what it takes to run a business, run a family, run her life, run her household. Do your s**t first, and then come out.”

The next cast member Heavenly decided to shade was Lisa Nicole Cloud, who fans haven’t seen on the show since season four. Lisa Nicole decided to return in a “friend” role for season eight, and has claimed that Heavenly bullied her the entire time they were filming, but the “certified relationship coach” alleged that Lisa Nicole is just “thirsty.”

“I think Lisa Nicole is hungry and she’s thirsty,” she snapped. “She came at me attacking me from the very beginning and I haven’t seen this b*tch in years, honestly. I don’t know what her problem is with me. But, you know what? A part of me feels sorry for Lisa Nicole, [because] every time she comes back she gets the bad end of the stick. She comes for me and I stay ready.”