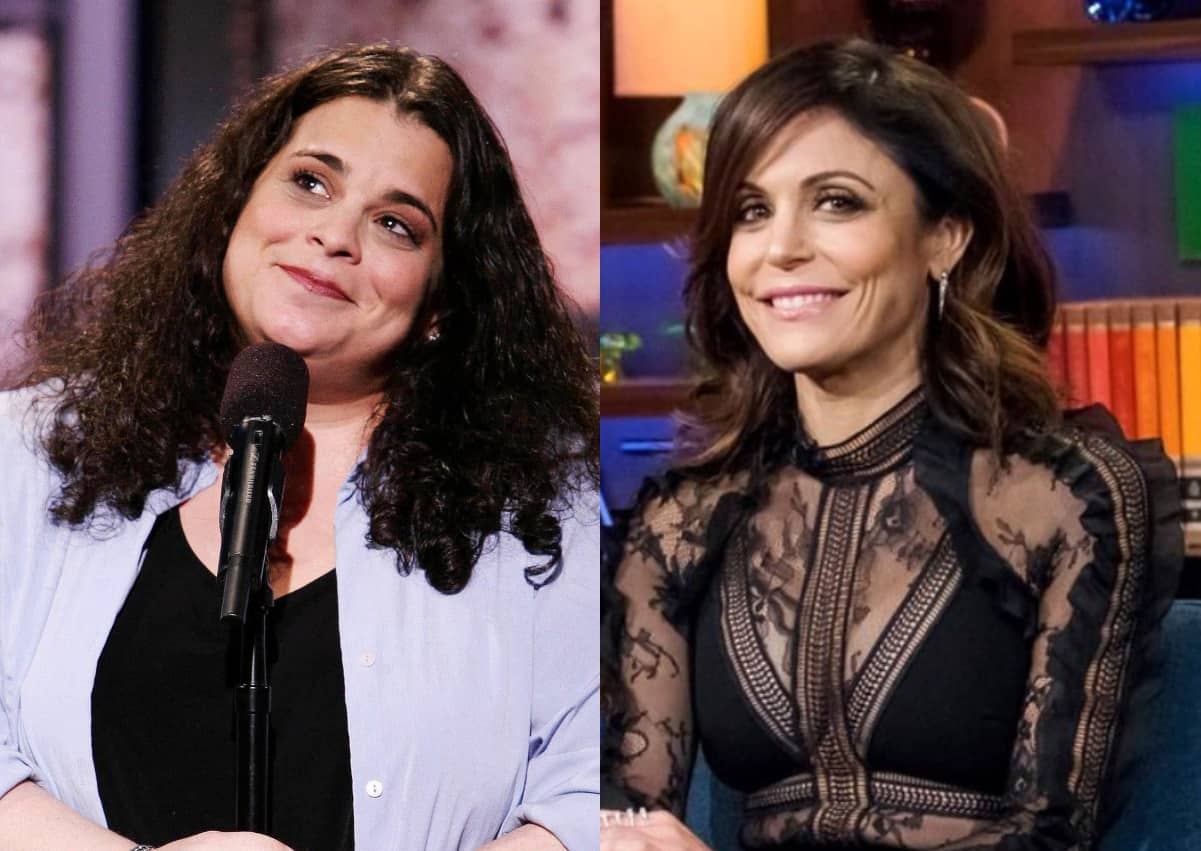 Bethenny Frankel is being accused of extremely “rude” and “demeaning” behavior on the set of her canceled talk show, Bethenny.

Earlier this month, comedian Jessica Kirson called the former Real Housewives of New York City star out on Twitter for treating her “like a dog” while she worked as the warm-up comic on Bethenny’s failed show.

“I was the warm up comic on your failed morning talk show and you were a total b*tch to me,” she said in a tweet. “For months you never said hello and you ordered me around like a dog. One day I walked off set because I had enough of your sh*t. Have a great day!”

Jessica did this after Bethenny mocked Meghan Markle in her own tweet ahead of the former duchess’s big interview with Oprah. 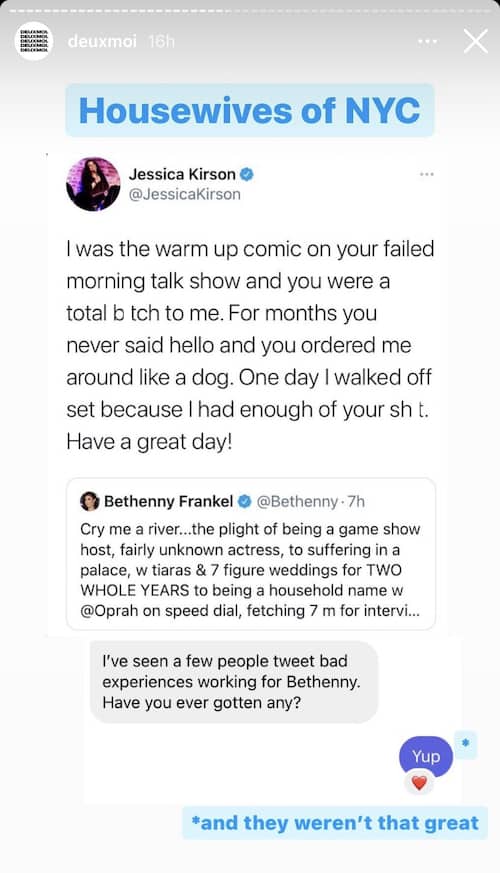 Now, Jessica is elaborating on her experience working with the Skinnygirl mogul and exposing her alleged snooty behavior.

“She was such a b*tch to me and she didn’t even realize she was a b*tch to me,” Jessica claimed on Heather McDonald‘s Juicy Scoop podcast. “I’m sure she had no clue. In fact, [when she saw the tweet] I know she was like, ‘Who is this woman? When did she even work for me? What the hell is she even talking about?’ But I did warm-up, I was the warm-up comic on her talk show.”

Jessica — who has worked for big names like Anderson Cooper and Stephen Colbert — said she’s never been treated poorly by another celebrity, but Bethenny would barely even acknowledge her unless it was to criticize her work.

“People were always kind and nice, people that are much more famous than her, and she never once said hello to me,” the comedian alleged. “I mean, I saw her every morning for months and she never even said, ‘Hello.’ And I was there, like, working with her.”

“So, she never said hello to me and she was actually very rude at times,” she continued. “She would be like, ‘Can you get [the audience] more into it? Can you get them more excited?’ And then, at certain points, I wanted to be like, ‘Can you be more entertaining? Like, I can only do so much! Can you say something interesting because what do you want me to do here?’ Like, I’m dancing with them, I’m doing backflips, like what the f*ck am I supposed to do?”

Jessica then described the moment she walked off the stage and quit the show because she had had enough of the star’s snarky attitude.

“At one point, she was so rude, I literally had had it, and I literally just walked off,” she recalled. “I literally put my microphone down and was like, I can’t — I’m not doing this anymore! And I left; I quit. I walked off set and it’s the only time I ever did that.”

She added, “In this business, I’d rather be on the street with a bucket telling jokes than have someone treat me like that. In front of people too! This would be in front of a live audience, so it was very demeaning. It made me feel horrible.”

Jessica said she gives Bethenny credit for her accomplishments, especially her charity work, but she’s truly amazed by how ungrateful and egotistical the former host allegedly was.

“I have no problem with her being a reality star,” she explained. “And actually, more credit to her for being a business person, and having a lot of money, and having all these products, and all this stuff going on — and also how much she helps people and provides — I think that’s amazing! But, when people don’t have gratitude, and people are so egotistical and they don’t appreciate what they have — and being handed such a [talk show], it’s such a huge thing to get a talk show. I mean, there’s so many people who deserve a talk show. So, to take that for granted and to treat someone poorly [is wrong].”