Home Southern Charm Madison LeCroy Breaks Silence on A-Rod and JLo’s Split as Jlo ‘Likes’ Shady Post About Being Manipulated and Treated “Like S–t,” Plus Why They Prolonged Their Breakup

Madison LeCroy Breaks Silence on A-Rod and JLo’s Split as Jlo ‘Likes’ Shady Post About Being Manipulated and Treated “Like S–t,” Plus Why They Prolonged Their Breakup 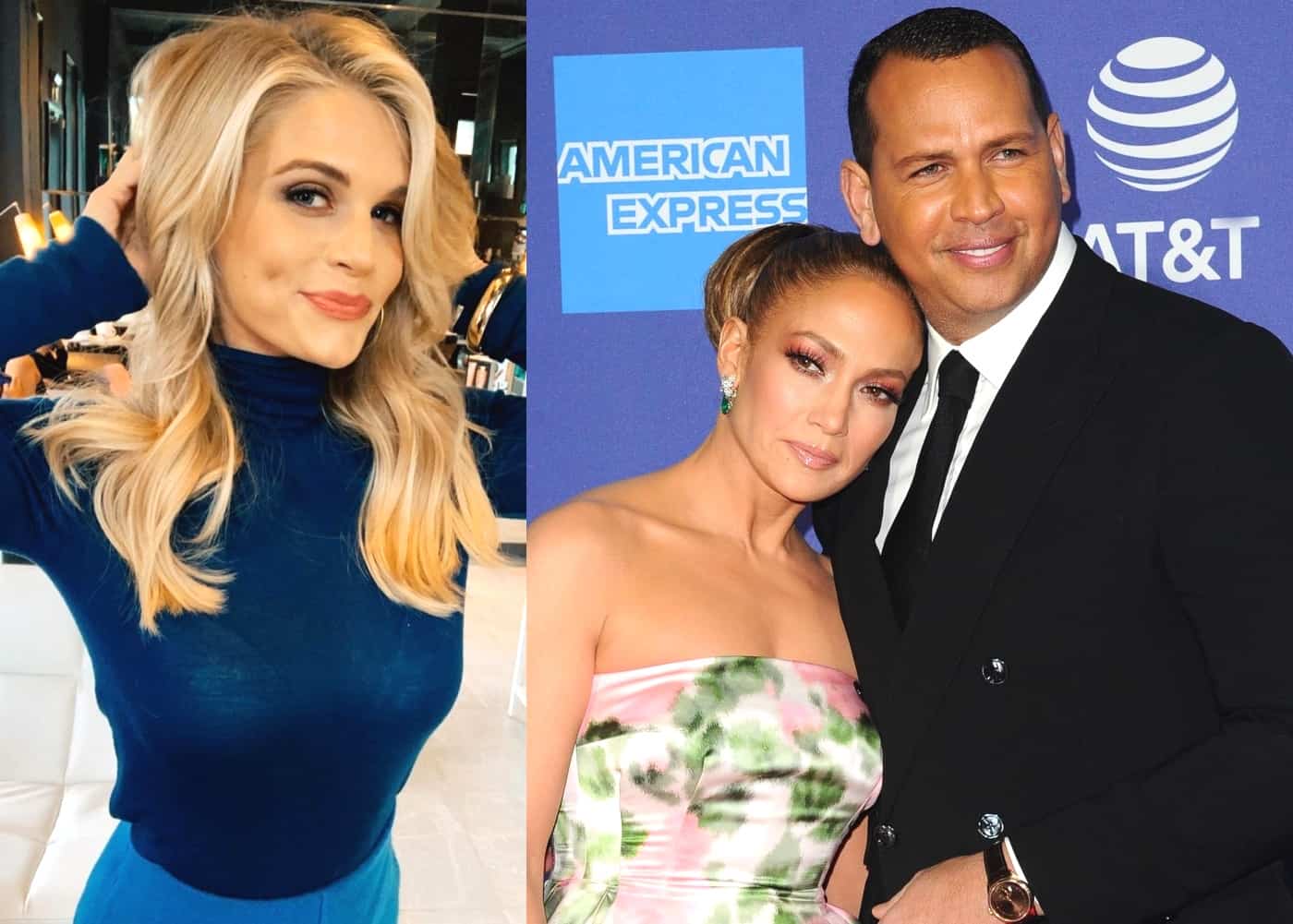 Madison LeCroy is speaking out after the recent announcement regarding Alex “A-Rod” Rodriguez‘s split from Jennifer “J-Lo” Lopez.

After being accused of, but denying, having an affair with the ex-MLB player at the Southern Charm reunion, Madison reacted to their breakup as the musician seemingly slammed A-Rod by “liking” a post about manipulation and poor treatment.

“I wish them the best,” Madison told Page Six on Thursday.

As Southern Charm fans will recall, Madison admitted to being contacted by A-Rod at the reunion months ago.

“He contacted me, and yes, we DM’ed, but other than that there was nothing … I’ve never seen him [or] touched him,” she told Andy Cohen.

A short time later, she further clarified what happened between them to Page Six.

“He’s never physically cheated on his fiancée with me,” she shared, noting that the two of them had “spoken on the phone” but had “never been physical.”

Still, despite the fact that Madison and A-Rod never actually met face-to-face, Madison was widely blamed for causing issues in his relationship with J-Lo, and on Thursday, they officially confirmed they had gone their separate ways with a statement to Today.

“We have realized we are better as friends and look forward to remaining so … We will continue to work together and support each other on our shared businesses and projects. We wish the best for each other and each other’s children,” their statement read.

Hours later, after seeing a meme shared by R.H. Sin on Instagram, which read, “Don’t make her think you care when you have never given a f*ck about her,” and a caption that said, “Don’t let them manipulate you. How many times have you been told ‘I love you’ by someone who has continued to treat you like sh*t,” J-Lo “liked” the post. 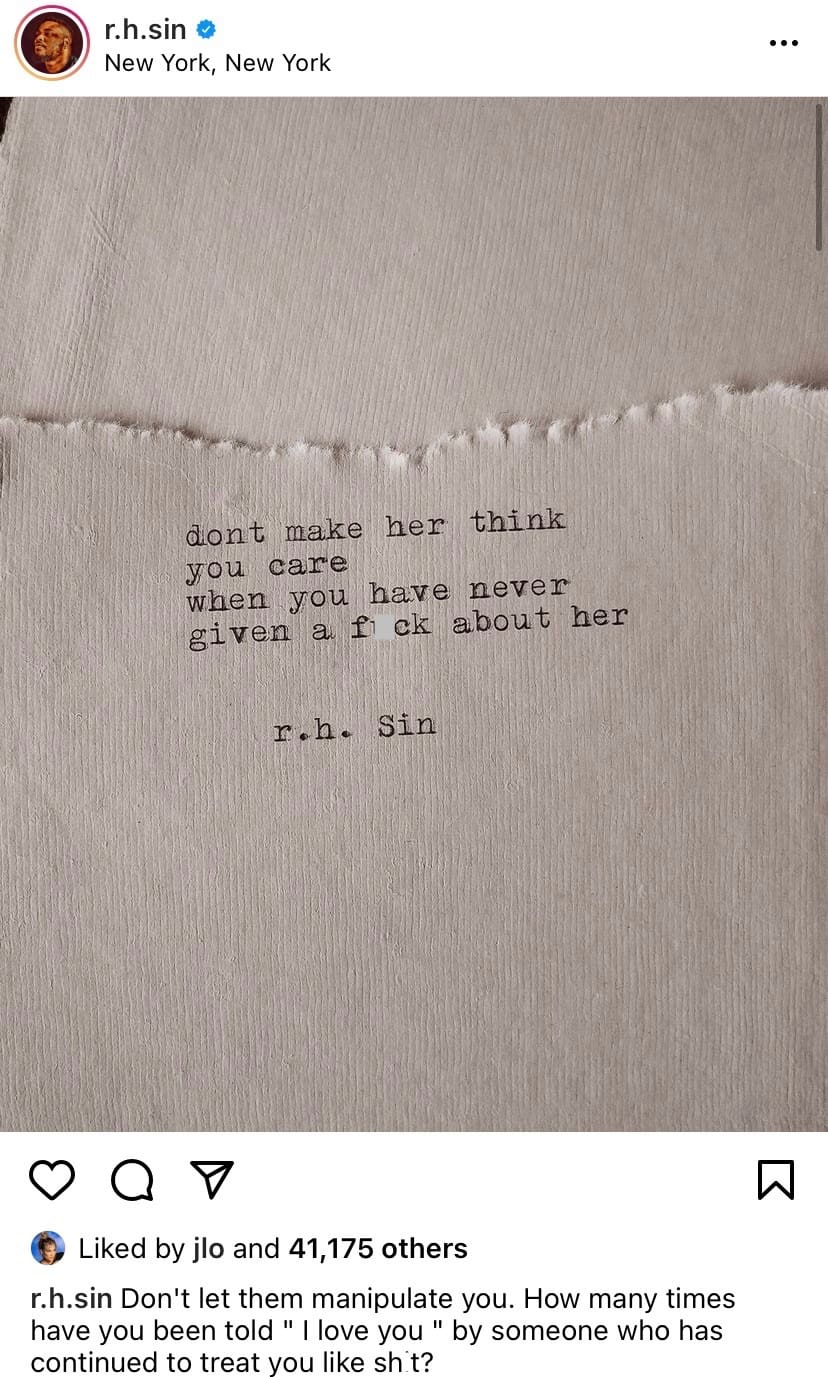 As for why A-Rod and J-Lo waited so long after the Southern Charm scandal to confirm their breakup, an insider said it was their kids, including A-Rod’s daughters, Natasha, 16, and Elle, 12, and J-Lo’s 13-year-old twins, Emme and Max, that kept them together.

“A-Rod’s girls and J. Lo’s kids are really close, so the reason why they stayed together for as long as they did was to make their kids happy,” an insider revealed to Us Weekly. “They still have love for each other that I think will never go away.”

“They wanted to still get together for Easter as a family so their kids could still enjoy the holiday,” the insider added.

Also during her chat with Page Six, Madison confirmed her recent “date” with Southern Charm co-star Whitney Sudler-Smith was simply an outing between friends despite rumors of a public kiss between them.

“I don’t know why this is even a story, but Whitney and I are old friends,” she explained.