Home Southern Charm PHOTO: Are Madison LeCroy and Whitney Sudler-Smith Dating? Southern Charm Stars Enjoy a Night Out in Charleston and Reportedly Share a Kiss as She Moves on From A-Rod Rumors 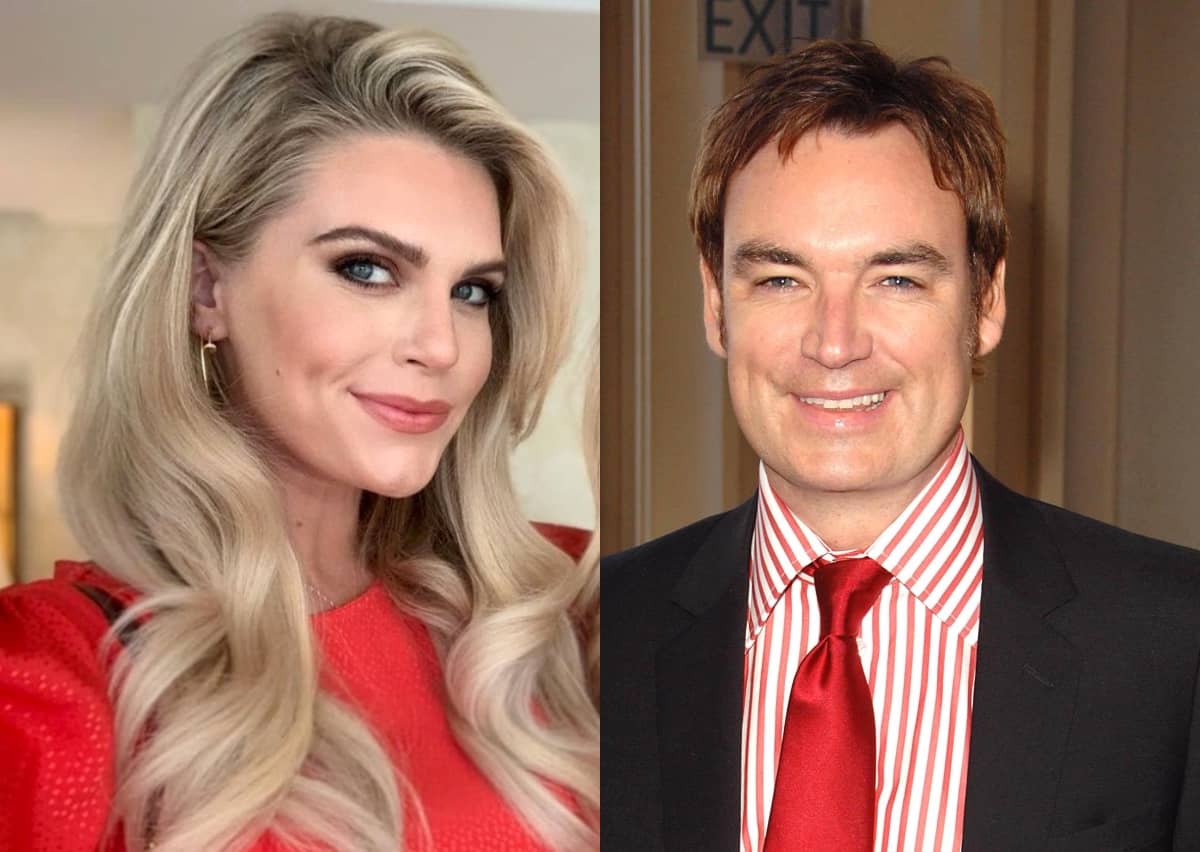 Ahead of the upcoming eighth season of Southern Charm, the potential couple was caught on what appeared to be a date at a popular cocktail bar in Charleston, South Carolina, where not one but two eyewitnesses claimed to have seen them kiss.

In a message sent to Deux Moi with the subject “Southern Charm Hookups,” the first of the eyewitnesses told the account, via Queens of Bravo on Instagram, that Madison had clearly “moved on” from rumored flame Alex “A-Rod” Rodriguez, who she was linked to months ago.

“Was at a very popular cocktail bar in Charleston last Thursday and in stumbles Madison LeCroy and Whitney Sudler-Smith from Southern Charm. They proceed to kiss right there in the middle of the bar on display! Guess she’s moved on from ARod… And she doesn’t care who knows it!” the person alleged. 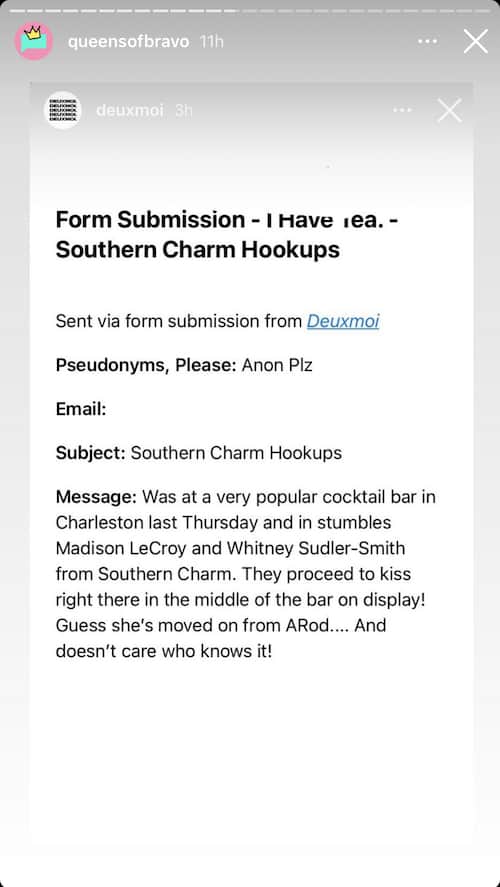 A short time later, another person contacted Deux Moi with a photo of Madison and Whitney sitting side-by-side and corroborated the first source’s account of what happened between them.

“Anon but photo of Madison and Whitney that night. Also saw them kiss,” the second insider shared. 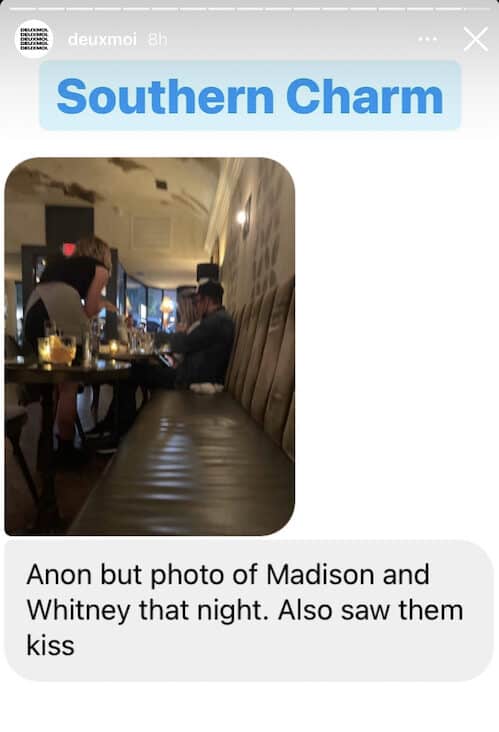 After splitting from Austen Kroll last year, Madison was accused of flying to Florida to act out an affair with A-Rod, who is engaged to Jennifer Lopez. However, according to Madison, she never actually met with A-Rod face-to-face and spoke to him only on the phone.

“[We’ve] never been physical … never had any kind of anything. Just an acquaintance,” she told Page Six. “He’s never physically cheated on his fiancée with me. [I’ve] talked to him randomly, but not consistent.”

Madison was also briefly linked to Jay Cutler last year after his former spouse, Kristin Cavallari, faced rumors of a romance with Austen weeks prior.

No word yet on when Southern Charm season eight will begin airing on Bravo.