Home Vanderpump Rules PHOTO: Jax Taylor Shows Extravagant Push Present He Got Wife Brittany Cartwright, Plus Find Out How Much Vanderpump Rules Alum is Charging For Cameos Amid His $1.2 Million Tax Debt

After welcoming their son on April 12, the former Vanderpump Rules star shared a photo of the push present he got for Brittany as he attempted to generate funds for a good cause by charging fans for Cameo videos amid his $1.2 million tax crisis.

“Push present to my wife from Cruz and I,” Jax wrote in the caption of an April 18 photo shared on his Instagram Stories of a blue diamond ring designed by Kyle Chan, who also created Brittany’s wedding ring.

“Blue diamond for the April diamond boy,” Kyle added while resharing the post to his own followers. 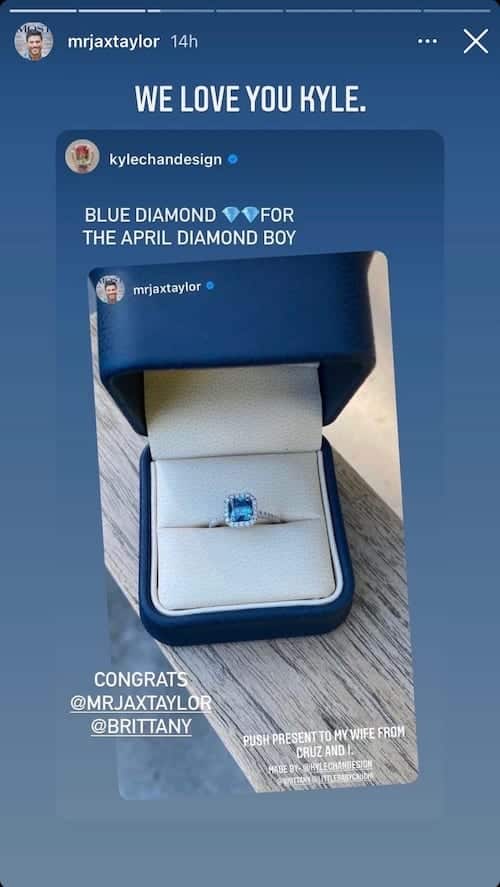 In other news, Jax recently launched a Cameo account to raise money for cancer awareness.

“Hey guys, I am finally on Cameo and excited to raise money for a special cause. I lost my father to cancer so anything I can do to help eliminate this awful illness,” his bio reads.

While Jax typically charges $145 for each video made for his fans, Cameo is currently offering a 25 percent discount, which takes that amount down to $108.75.

Fans can also chat with Jax privately for $4.99 per message. 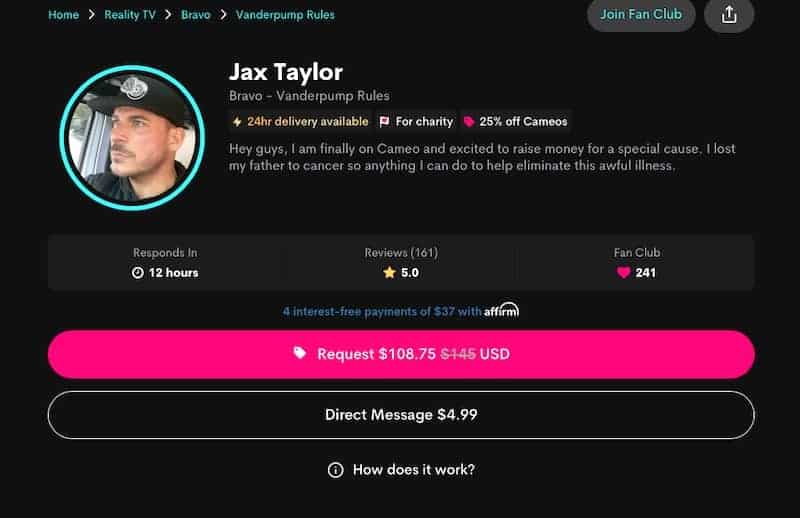 Following the news of the liens placed against him, Jax, who bought a $1.9 million home with Brittany in 2019, explained his “bad tax situation” during a live chat with fans on Instagram.