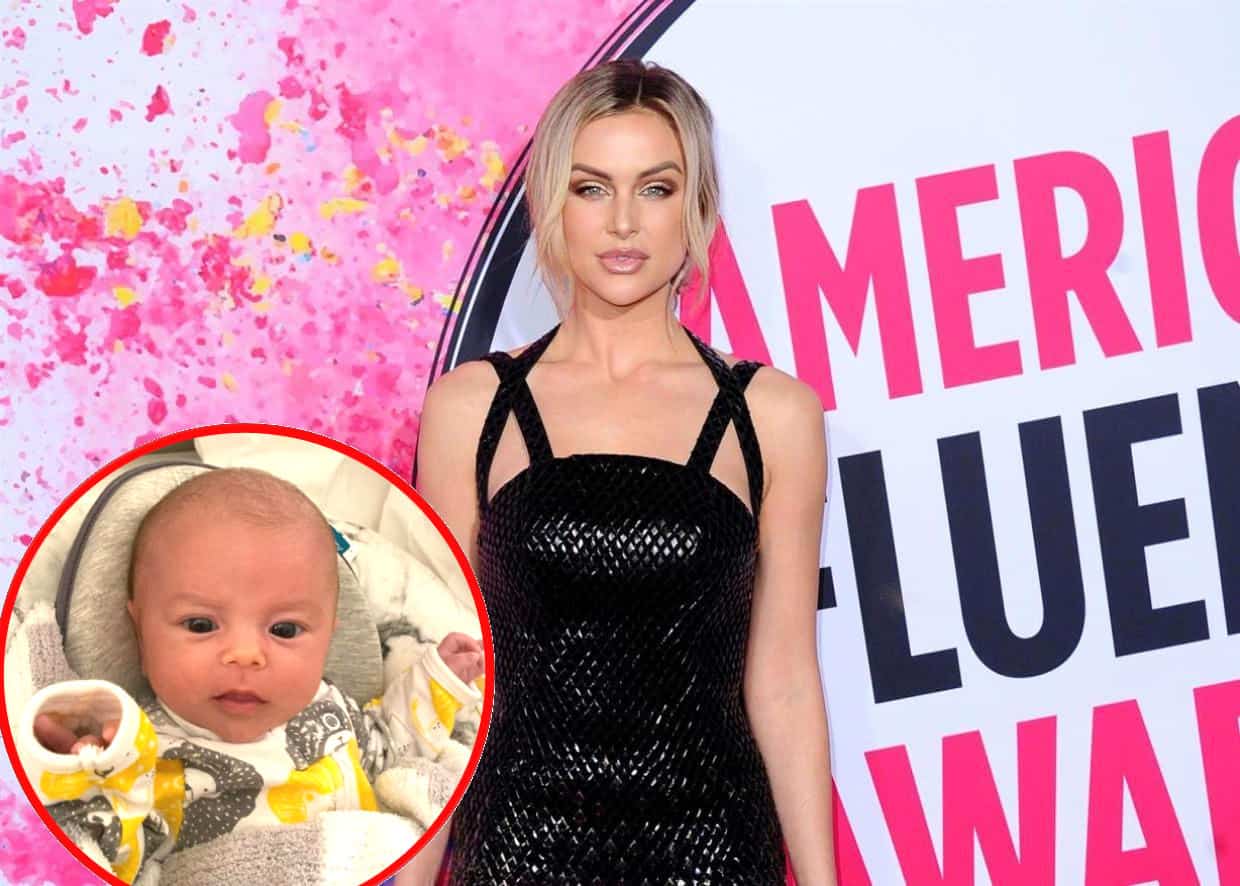 After welcoming her first child with her fiancé Randall Emmett three weeks early on March 15, the Vanderpump Rules cast member posted a stunning photo of the tasty treat created by Crumbles Patisserie before opening up about one of her “hardest days” as a new mom.

“Thank you [Crumbles] for this beautiful cake for Ocean’s one-month celebration,” Lala wrote in the caption of her cake pic on her Instagram Stories, via The Daily Dish. 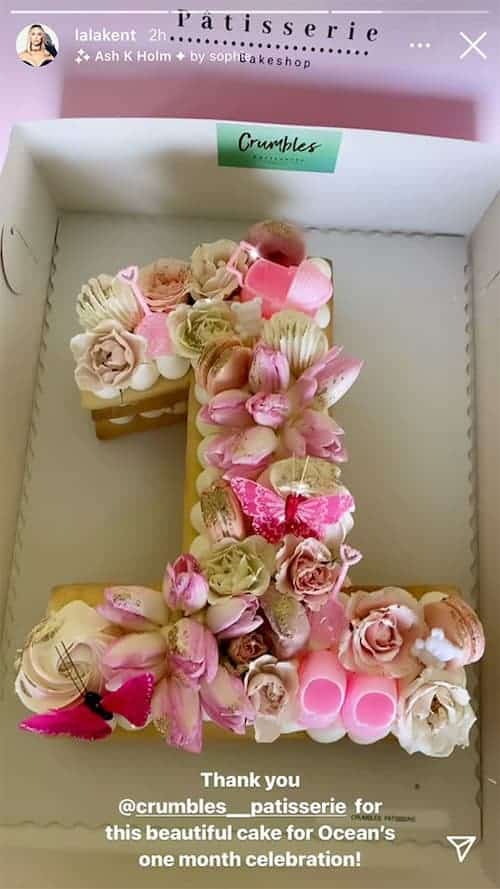 Ocean’s layered cookie cake was made in the shape of a number one and featured tons of beautiful pink-and-white decorations, including butterflies, flowers, baby shoes, macarons, and seashells.

There was also a baby carriage, tiny teddy bears, and a couple of pink shovels.

In another series of Instagram Stories shared days later, the Pump Rules cast member revealed that she felt “so terrible” after a vegan meal she ate made her daughter sick.

“Yesterday was one of our hardest days. I was aware certain foods could mess with my [baby’s] tummy, but never worried too much,” Lala began. “I had vegan food for lunch- beans, cauliflower, etc. I’m sure you’re all thinking, ‘You’re an idiot, those foods give grown people gasses!…’ Ocean screamed, cried and fussed, from morning until night. I clued in after my second feed, [and] switched from the boob to a bottle with saved milk.”

By the time bedtime came, Lala was both tired and feeling guilty.

“I sobbed when it was time for bed-yes I was exhausted, but mostly because when she finally started feeling better around 10pm, I felt so terrible that I did that to my sweet girl,” she explained.

“Wish us luck today, that I’ve pumped all the vegan out of these milk jugs,” Lala added. 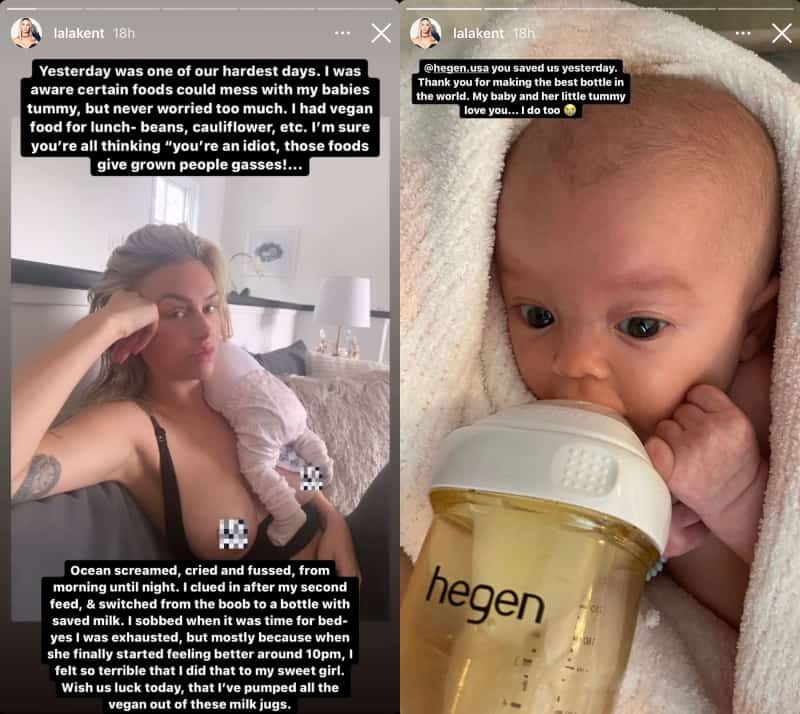 Lala is expected to return to production on Vanderpump Rules when filming on season nine begins.