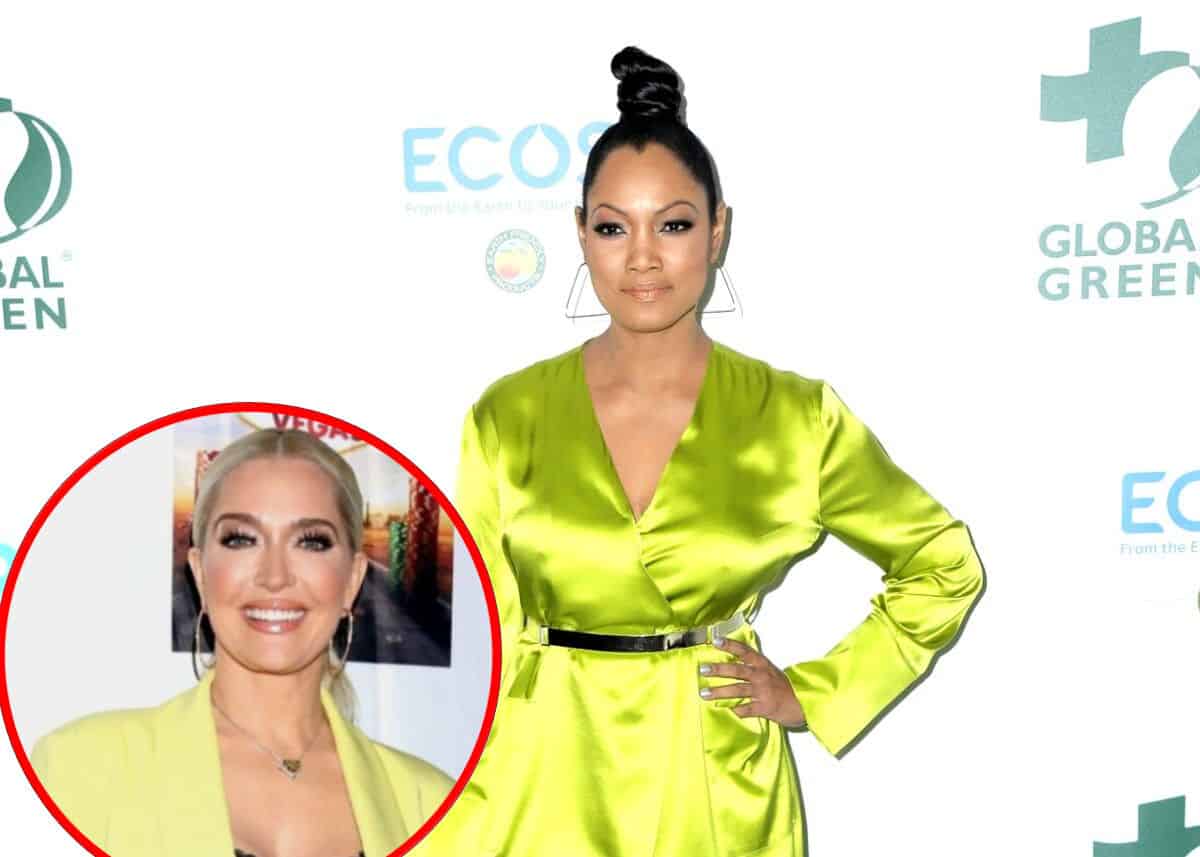 Garcelle Beauvais says the upcoming season of The Real Housewives of Beverly Hills will dive deep into Erika Jayne’s personal life, but she admits to having her own tough moments while filming season 11.

As fans have likely heard, the new season “will heavily revolve around Erika” amid her divorce from her estranged 81-year-old husband, Thomas Girardi, and the mounting lawsuits against them. In a new interview, Garcelle praised Erika for her honesty, but she also said she and her co-stars definitely didn’t give the “Pretty Mess” singer a pass regarding her headline-making drama.

Of course, Erika and Thomas have been accused of embezzling $2 million of settlement funds meant for “orphans and widows” of the Lion Air Flight 610 plane crash, among other things. Though the cast seemingly had a lot of questions for Erika, that doesn’t mean they took joy in her suffering, as Garcelle explained.

“I think you never want anyone to be in a bad place, you know, and it’s hard to watch when it’s a reality,” the Coming 2 America actress said. “We’re not playing characters, so is this her real life? Yeah.”

As for Garcelle, who joined the cast ahead of season 10, she claims she was put through the wringer while filming the latest season, and she apparently experienced several low moments as a result.

“The best part about the show is I think some of the friendships that have come out of it, you know, and the fun, and I think the worst part is when there is drama,” she told OK! in a separate interview. “I think that is the hardest part… When people come at you [while filming], but that is the nature of it, right?”

She added, “This year, I had a couple of moments this season where I would be in the car going home and I would cry, going, ‘I don’t know if I can do this!’ It’s a little bit of everything, and I think that is what is real, some is good, some scenes are harder than others. I am not confrontational by nature, you know what I mean? And so you kind of have to be on guard all the time.”

Though the talk show co-host had some tough moments, she was seemingly able to lean on Sutton Stracke and Kyle Richards, who Garcelle says she gravitated toward during filming.

“Sutton and I have gotten closer, and Kyle and I are working on our friendship, so that’s been interesting. You guys will see how that develops.”