Home Real Housewives of New Jersey News RHONJ’s Melissa Gorga Slams Husband Joe for Being ‘Rough’ on Dolores Catania As He Doubles Down on Hurtful Comment, Plus Frank Catania and Jackie Goldschneider Weigh In

RHONJ’s Melissa Gorga Slams Husband Joe for Being ‘Rough’ on Dolores Catania As He Doubles Down on Hurtful Comment, Plus Frank Catania and Jackie Goldschneider Weigh In

by Lindsay Cronin May 1, 2021 98 comments
ShareTweetWhatsappPinterestRedditTumblrMailFlipboard 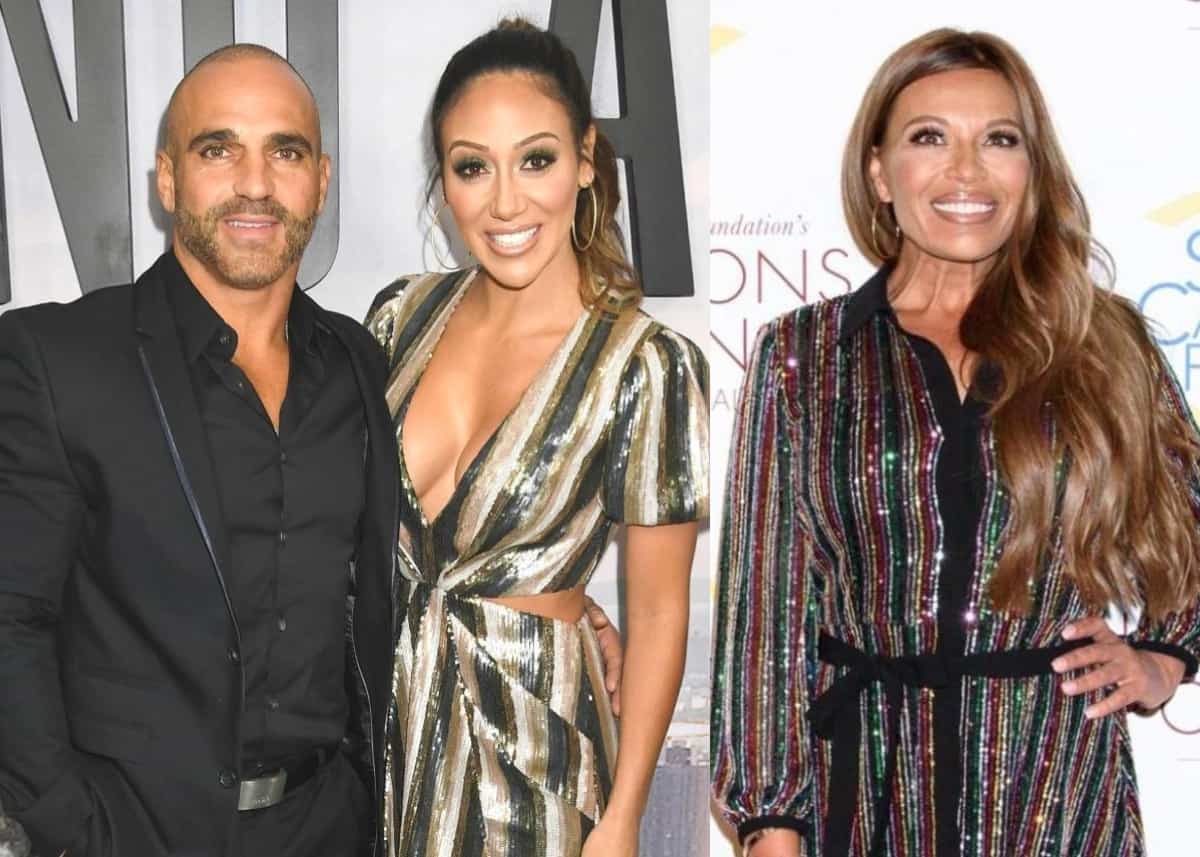 Melissa Gorga is calling out her husband, Joe Gorga, for labeling Dolores Catania a “broken woman” during Wednesday night’s episode of The Real Housewives of New Jersey.

After Dolores and her relationship with Dr. David Principe were targeted by just about everyone, Melissa slammed Joe for being rough and judgmental as he addressed his hurtful comment and Frank Catania defended the doctor for giving Dolores a Porsche.

“I think Joe was a little rough on Dolores that night. I think he was being a little judge-y,” Melissa admitted on the April 28 episode of the RHONJ: After Show.

Although Melissa didn’t agree with her husband’s behavior, he is sticking by what he said.

“I feel that everyone that’s been through a divorce or been through hard times in life and relationships, or what have you, is broken inside. And if you say you’re not, you’re full of sh-t,” Joe explained. “She’s been through a serious divorce from Frank. She loved him and he broke her heart, he really did.”

While Joe then acknowledged that Dolores has built herself up, he proceeded to point out that she’s likely damaged by Dr. David’s failure to commit.

“I feel that, listen, he needs to commit,” Joe stated. “If he doesn’t commit, is it affecting her? Yes. I don’t know if she’s mad at me or what but I called her out because I care about her. She’s like a sister to me. I care. I’m sorry.”

Joe may have had good intensions for calling Dolores out, at least in his mind, but Dolores didn’t take his criticism very well.

“That was one of the one moments I’ve ever seen Dolores that mad,” Frank recalled. “When we got in the car, and I always like to bust around. I always try to bring humor to everything. She basically looked at me and said, ‘Shut the f-ck up.’ She was fuming. She was really mad.”

Frank also said that when it came to Dr. David and his decision to buy Dolores a Porsche for her 50th birthday, he saw nothing wrong with it and felt the timing was “perfect.”

“I’m the last one to defend a boyfriend but I don’t believe the car was an exchange,” he confirmed. “I think the car was a nice 50th birthday present. At that time, the lease was up on her one vehicle. It was the perfect timing.”

During another segment of the RHONJ: After Show, Melissa and Jackie Goldschneider revealed why they reacted the way they did to Dr. David’s gift.

“A ring would cost less than a car so this seems like a stall mechanism so that way he doesn’t have to actually buy the ring, because he’s spending more on the car than he would on a ring,” Melissa explained. “We didn’t mean it wrong but it’s just a fact of it does seem like a pretty big gift as opposed to the one you’re waiting for. We didn’t mean to make her uncomfortable or judge her relationship but it was one of those elephants in the room where it was so obvious that there’s a car in play right now as opposed to a ring.”

“That’s the way we felt,” Jackie agreed. “It wasn’t like we were trying to start sh-t. We both really did feel like the car was in place of the ring. That’s authentically how we felt.”