Home Real Housewives of Atlanta News Marlo Hampton Reveals Real Cause of Feud With Porsha Williams, Slams RHOA Costar as a “Below the Belt Liar” and Explains Why She Wants to Be Full-Time Housewife, Plus Live Viewing Thread

by Lindsay Cronin May 2, 2021 176 comments
ShareTweetWhatsappPinterestRedditTumblrMailFlipboard 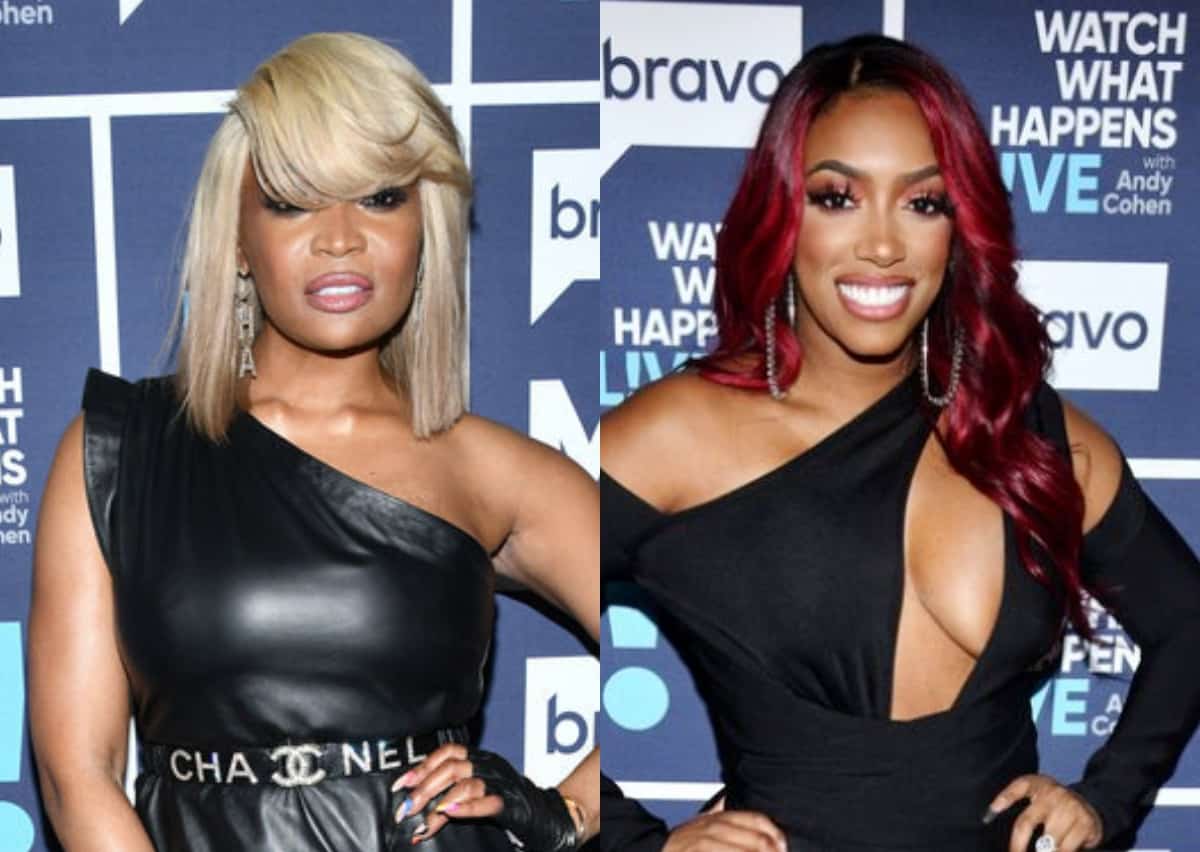 Marlo Hampton is opening up about her falling out with Porsha Williams and her hopes for her future on The Real Housewives of Atlanta.

During a recent appearance on the Unpopular podcast, Marlo admitting to feeling that Porsha was never her “real friend” before slamming her as a “liar” and explaining why she would like to be featured in a full-time position on the series’ upcoming 14th season.

According to the RHOA cast member, Porsha lying to her about her involvement in Strippergate is really what triggered their ongoing feud.

“I thought [Porsha] was my real friend, and my real friend would’ve told me, ‘Marlo, it wasn’t me,'” Marlo said on the Unpopular with Jacques Peterson podcast.

Although Marlo did acknowledge that Porsha denied having slept with stripper Bolo at Cynthia Bailey‘s bachelorette party after Kenya Moore suggested both Porsha and Tanya Sam had hooked up with him, Marlo heard otherwise.

“I [had] speculations that it was not true because I had a reliable source tell me it was true. So when she’s telling me this, I’m looking at her like, ‘Damn, you’re a liar,'” Marlo recalled. “It’s like, ‘You looked me in my face, you lied to me, so I’m not your friend. Let’s just be clear, you don’t trust me like that and it’s cool, so let’s stop being the fake friend thing and just own what you did.'”

According to Marlo, Porsha has a history of lying on RHOA.

“If you pay attention to it, even though she has a lot of followers, Porsha’s just a liar. As I sit back and look, Porsha lies, she gets her way out of sh-t, and Porsha’s just a liar. So I’m so cool on Porsha saying she’s not my friend, thank you. I can’t deal with a liar and a below-the-belt liar at that,” she stated.

As for her future on RHOA, Marlo said she hopes to showcase more of her real-life next season, including her charity work with Glam It Up, which offers assistant to young girls in the foster system, and her life at home with her nephews, Michael, 12, and William, 11, who she’s been raising since her sister was admitted to a mental health facility to treat her bipolar disorder and schizophrenia.

“I’m really authentic on telling my true story. I could never be the girl to bring on a fake guy and pretend,” she explained. “I only wanna give my reality because I am on a reality show and I just know that there’s someone else out there in the world that can relate to my reality instead of me trying to fake a reality story for you.”

Real Housewives of Atlanta Live Viewing – This is also the live viewing thread for tonight’s new episode of RHOA season 13 episode, which airs on Bravo at 8/7c. As the episode airs, share your comments in the chat below.