Home Real Housewives of Atlanta News RHOA’s Porsha Williams Talks Feud With Marlo Hampton and Explains Why She Decided to Have a Baby With Ex-Fiancé Dennis McKinley, Plus Live Viewing Thread!

RHOA’s Porsha Williams Talks Feud With Marlo Hampton and Explains Why She Decided to Have a Baby With Ex-Fiancé Dennis McKinley, Plus Live Viewing Thread! 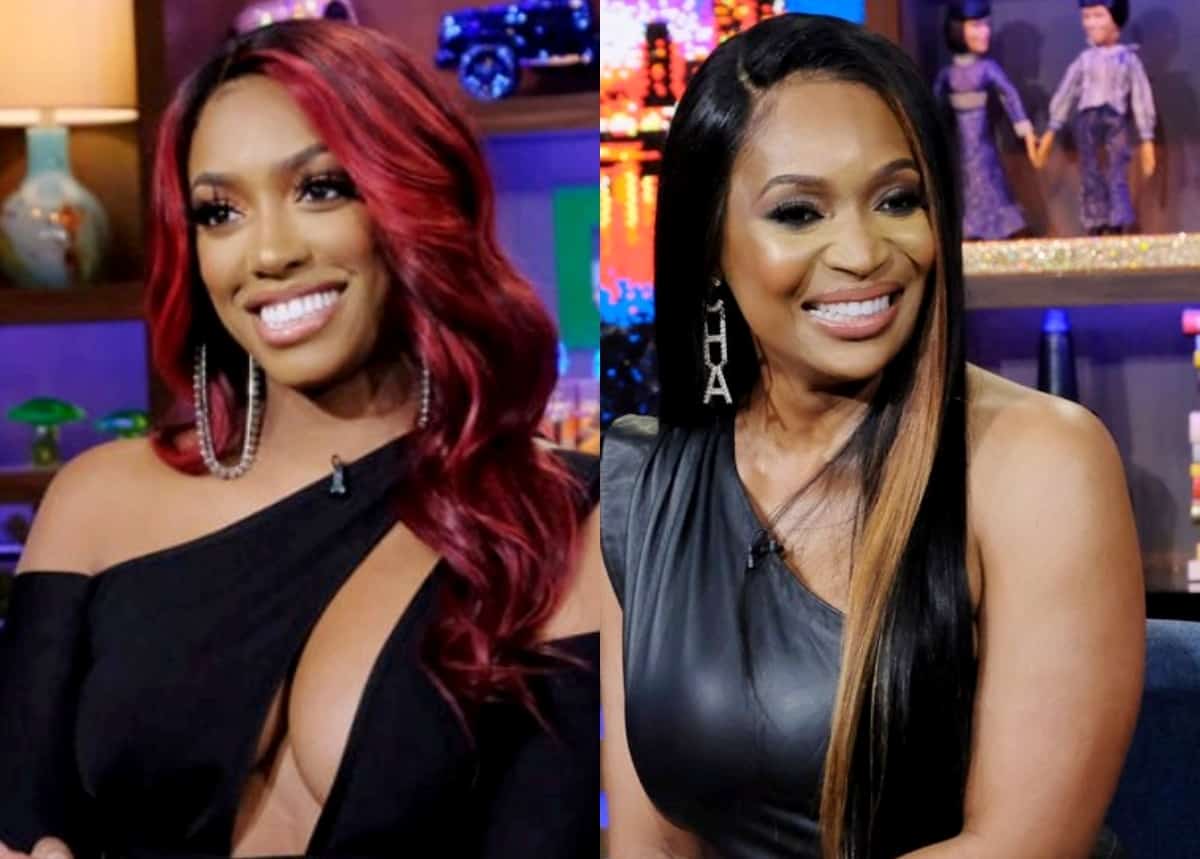 Porsha Williams is no longer in a good place with longtime Real Housewives of Atlanta co-star Marlo Hampton.

Before revealing why she allowed ex-fiance, Dennis McKinley, to get her pregnant with their one-year-old daughter, Pilar Jhena, Porsha appeared on the Bravo Chat Room, where she addressed her feud with Kenya Moore before revealing she also suffered a falling out with Marlo during season 13.

“Porsha, which Atlanta housewife do you wish you could have socially distanced from all season long?” host Andy Cohen asked during the Chat Room.

“This isn’t hard at all. Can we do a two for one?” Porsha wondered. “I would say Kenya, and I would say half of the season, Marlo.”

According to Porsha, she “didn’t need to be around” fashionista Marlo for “half of the season.”

As for Porsha’s comments about Dennis, she was seen explaining the start of their relationship during a chat with her girl friends about their split.

“When it comes to PJ, the parts that I do get sad about is that I wish we could have worked out and for Dennis to be in the house. But when I look at it, I know that Dennis is such a powerful father figure. I honestly do feel like as much as I’m going to put into her to know about the real sh*t out here in the world, he will too,” Porsha explained in a sneak peek.

“I picked him. She wasn’t no mistake,” she continued. “I laid down and I knew what was going to happen. I knew. I was like, ‘Oh, he got his own place. He got his own business. Oh, he ain’t got no kids. Oh, he said he wants marriage. Oh, he wants to be with me. Oh, he said I’m cute. Impregnate me!’”

Porsha and Dennis confirmed they were both engaged and expecting in 2018 but split one year later after it was reported that Dennis had cheated, which he denied. Then, after reconciling their relationship in late 2019, they again split in 2020.

Real Housewives of Atlanta Live Viewing – This is also the live viewing thread for tonight’s new episode of season 13, which airs on Bravo at 8/7c. Feel free to share your comments in our chat below as the episode airs.