by Lindsay Cronin May 3, 2021 99 comments
ShareTweetWhatsappPinterestRedditTumblrMailFlipboard 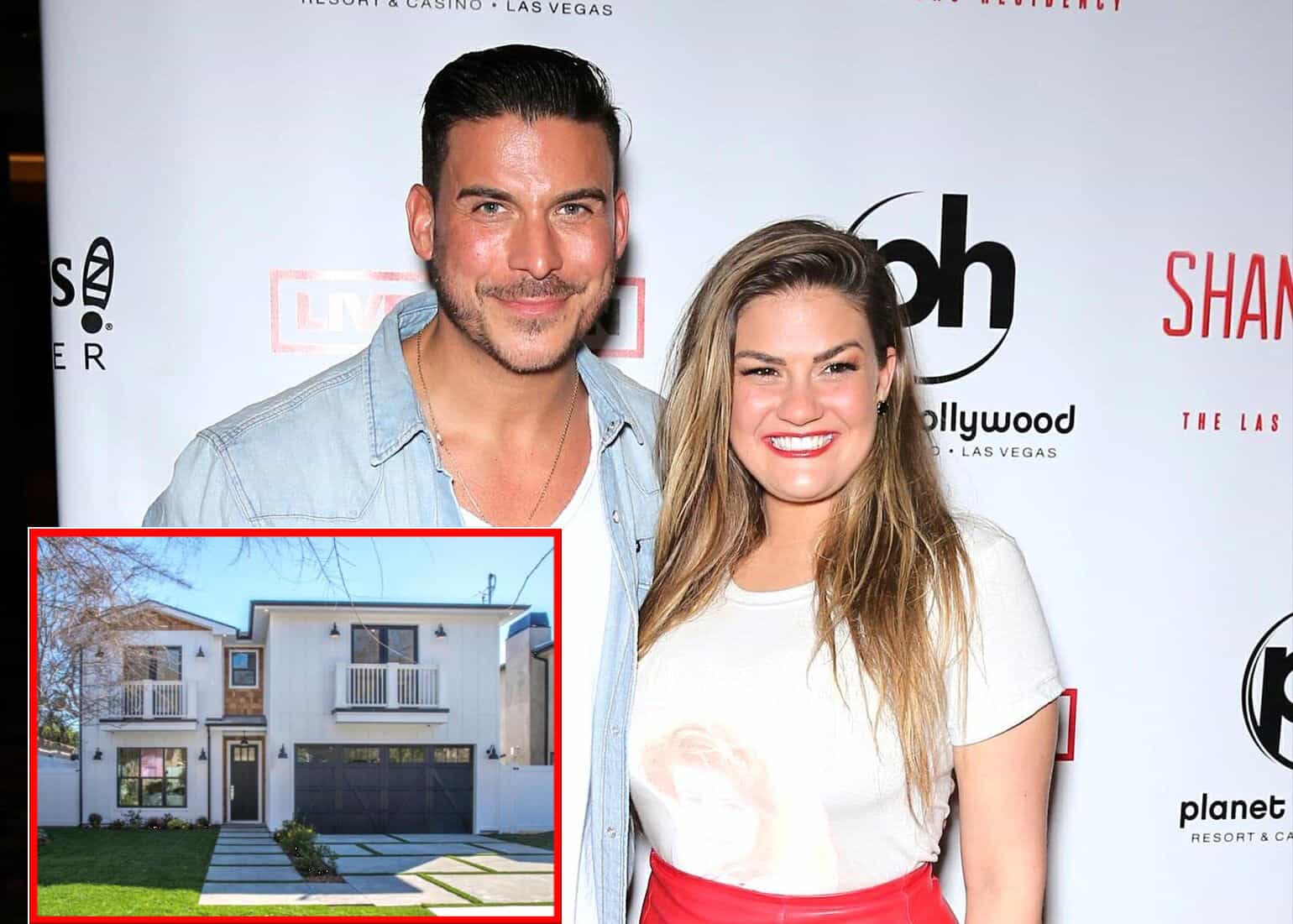 Jax Taylor and Brittany Cartwright recently took fans inside their home on an episode of NBC’s Open House.

Two years after purchasing the $1.9 million property in the Valley Village area of Los Angeles, the former Vanderpump Rules couple showed off their modern farmhouse and revealed their favorite parts of the home.

“This is our kitchen. It’s like our favorite place to be, this whole open area with the living room and the kitchen together,” Brittany explained in a video posted on YouTube.

Inside Jax and Brittany’s kitchen is a blue island with three barstools.

“This is where we all congregate. When everybody comes over, before we go out to the backyard everybody just kind of hangs out here and talks, makes drink, catches up. And then we head to the backyard to party,” Jax noted. 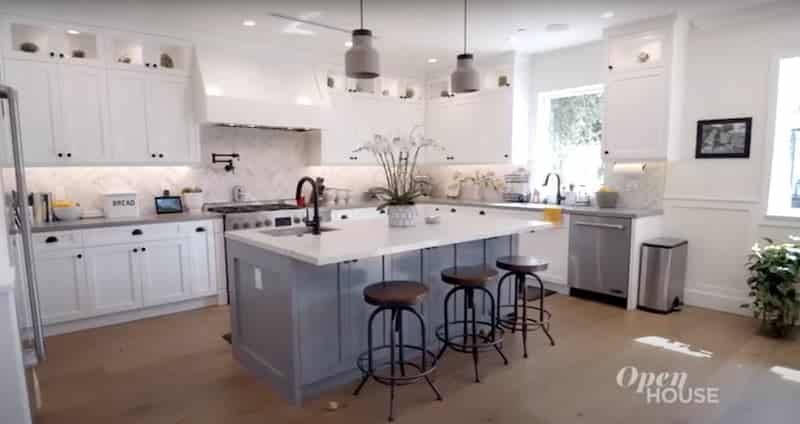 The kitchen boasts a stunning herringbone backsplash and plenty of natural light.

According to Jax, one of his favorite things in the kitchen is the pot filler even though he has only used it once.

“Every time I see a cool looking house on TV, I’m like, ‘Man, I’d love to have a faucet over the stove.’ Now we have one and it’s cool. I love the fact that we have two stoves, too,” he continued. 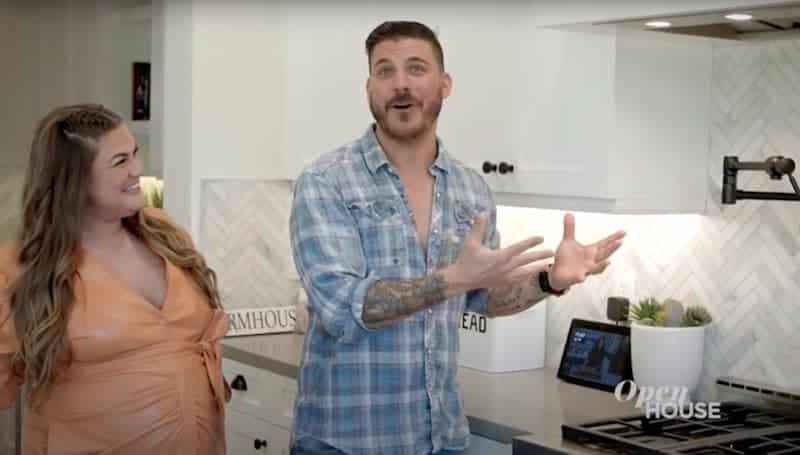 “Oh yes, this comes in very handy because I love to cook so I feel very, very blessed that I have a kitchen like this,” Brittany added of their double-stove.

Moving into the living room, Brittany said she and Jax love to watch TV and play games.

“This is where we are all the time,” she shared. “I decorated all of these bookshelves. I have old photos and new photos but I wanted to keep the frames all the same with the black and the white matte.” 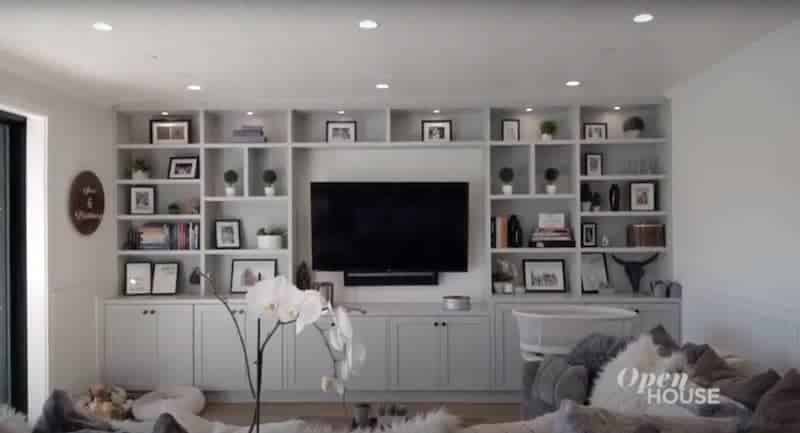 On Jax and Brittany’s couch are tons of white and gray pillows, which Brittany is “obsessed with.”

“If you want to sit down, you’ll have to toss some pillows behind but I don’t care because I like it,” she stated, 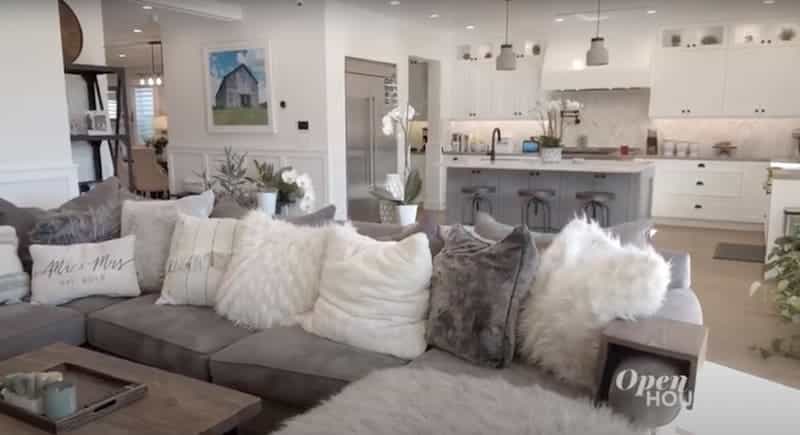 The living room couch is all about comfort.

In addition to their large couch, Jax and Brittany have one small bassinet in their living room for their son, Cruz Michael Cauchi, who arrived last month after the Open House episode was filmed.

“We already have one of our bassinets down here,” Brittany revealed. 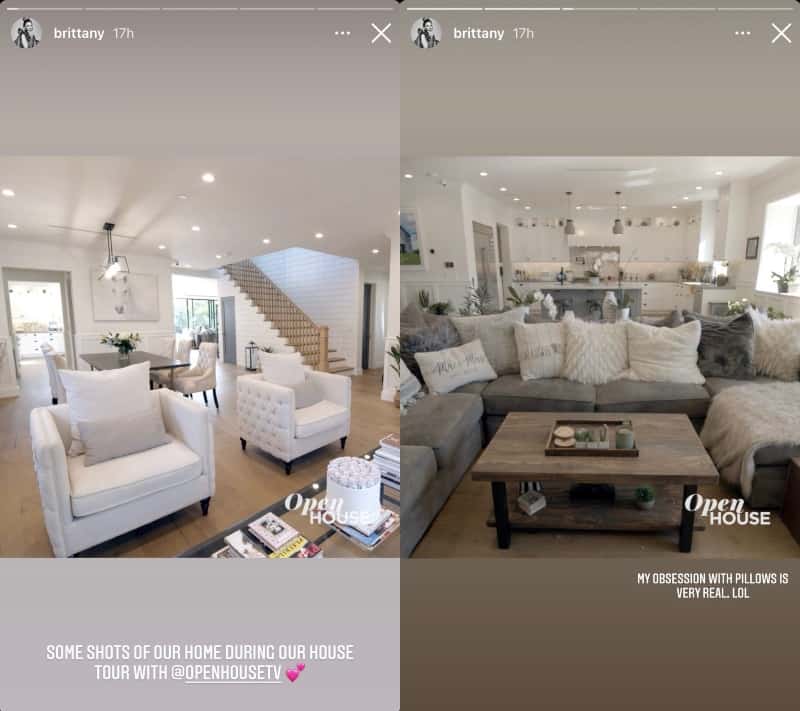 Wood floors and recessed lighting are featured throughout the home.

“I love how we have the little shiplap-looking wall behind here,” she explained. 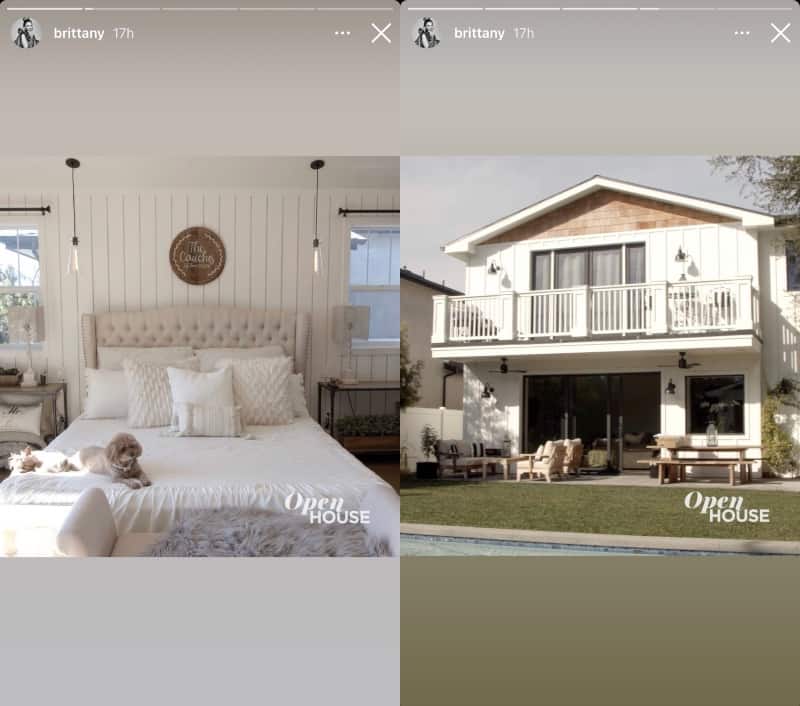 The home boasts a balcony off the master suite.

As for Jax, he loves their master as well.

“One of the great things about living in California is you can keep the doors open. It’s one of the big features that I love in this room is the French doors you can keep open all day and let that beautiful California air in,” he said. 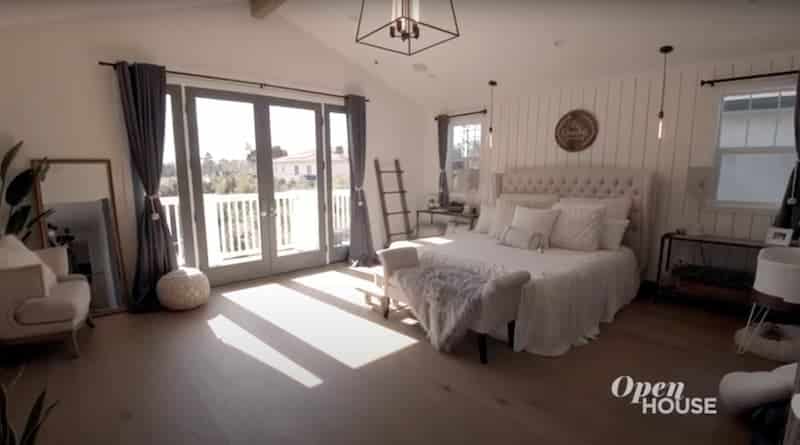 The French doors open up to a balcony overlooking a swimming pool.

To watch more of Jax and Brittany’s home tour, check out the clip below.

Vanderpump Rules season nine will air on Bravo this fall.