by Emily Campbell May 7, 2021 151 comments
ShareTweetWhatsappPinterestRedditTumblrMailFlipboard 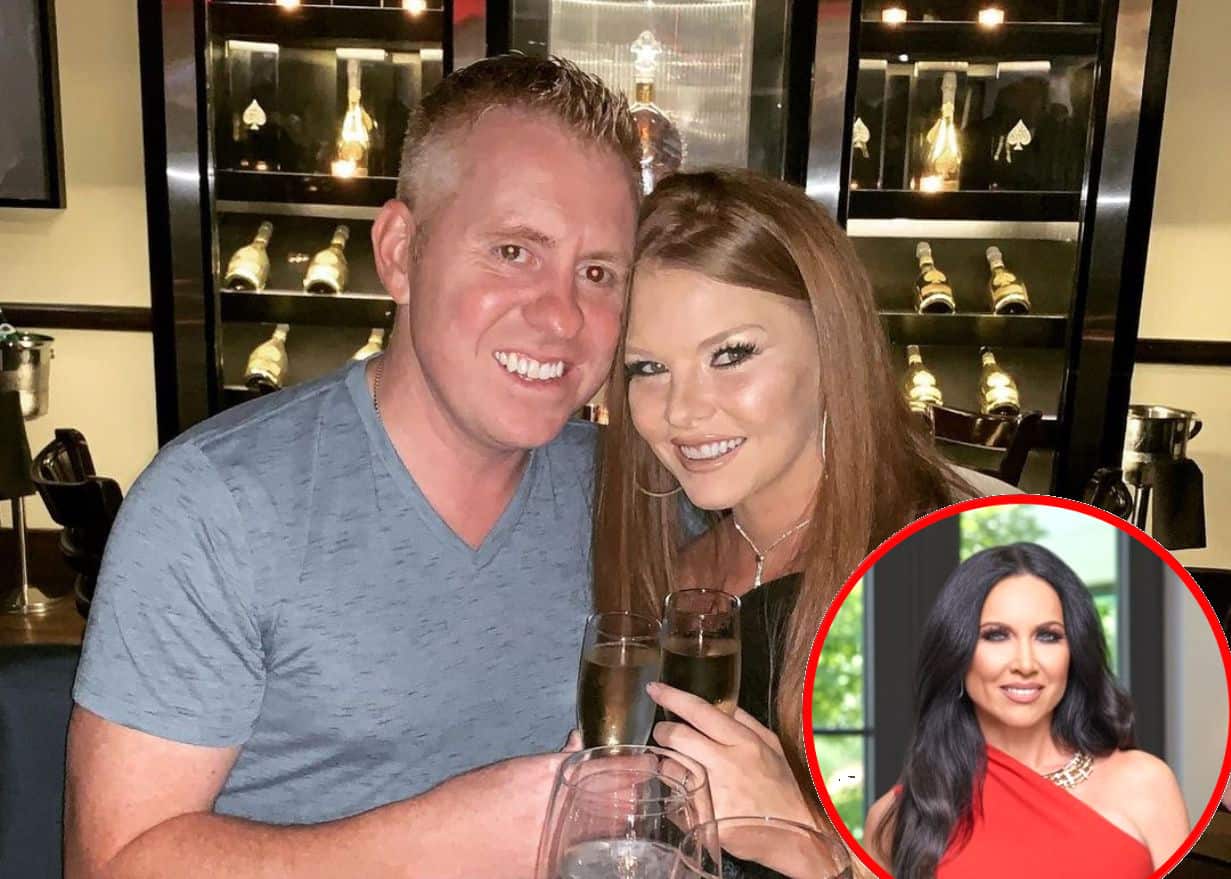 LeeAnne Locken denies sending Brandi Redmond‘s daughter the viral video of Bryan Redmond as Brandi admits the scandal has been tough on their family.

The fifth season of The Real Housewives of Dallas is coming to an end, and though LeeAnne is no longer a cast member, her name was brought up at the end of the May 4 reunion episode. As fans likely noticed in the teaser for part two of the reunion, LeeAnne’s name was dropped as Brandi was addressing the video of her husband seemingly kissing another woman. Though Brandi said a “fan” had sent her daughter the video via Instagram, D’Andra Simmons alleged that LeeAnne may have had something to do with it and Stephanie Hollman agreed.

It’s unclear if LeeAnne has actually seen the teaser, but she felt the need to reach out to the mother-of-four to clear her name.

“I am getting a ton of messages about how I am being blamed for sending your child a video,” LeeAnne wrote to Brandi in the first message. “THAT IS COMPLETE B*LLSH*T!!! Why would I ever want to hurt a CHILD? After my childhood I prefer to protect children and I know you know that deep in your heart!!! Please, I’m gone. I’m happy. Just stop using my name for lies.”

Brandi immediately responded to her former co-star, letting her know she was not the one to mention her name.

“OMG. I never said it was [you]. I know who it was,” Brandi wrote back, adding, “I never even said your name.” 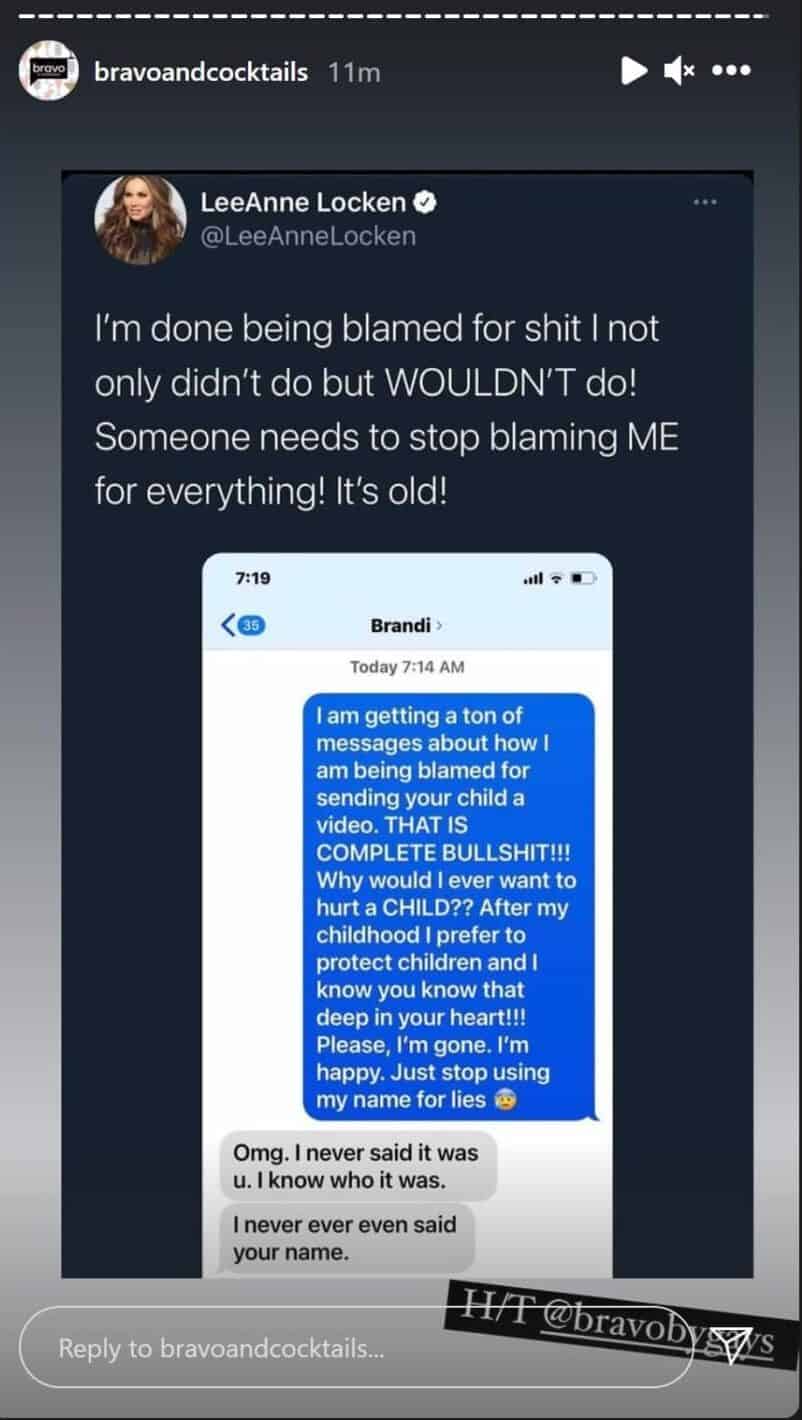 Following their initial exchange, LeeAnne shared the conversation to her Instagram Stories with the caption, “I’m done being blamed for sh*t I not only didn’t do but WOULDN’T do! Someone needs to stop blaming ME for everything! It’s old!”

However, as the two continued to chat about the matter, LeeAnne seemingly began to change her tune.

“Thank you. I guess it must be D & S,” she wrote. She was likely referring to D’Andra and Stephanie in the exchange, which was leaked to Bravo and Cocktails on Instagram.

“I said a fan sent her that video,” Brandi reiterated, before adding, “[People] are reaching.”

LeeAnne then let Brandi know that she has empathy for her heartbreaking situation, especially for the former cheerleader’s children.

“I would NEVER want your children to hurt! That makes me want to cry,” she said.

At that point, Brandi let her walls down a bit and admitted that Bryan made a huge mistake, which has hurt their entire family.

“Thank [you]. Bryan really messed up and it kills me that [our children] saw,” she wrote back.

She added, “It’s been a horrible year for us all.”

Brandi will be addressing the cheating scandal in greater detail on part two of The Real Housewives of Dallas season five reunion special, which airs Tuesday, May 11, at 10/9c on Bravo.