by Emily Campbell May 14, 2021 20 comments
ShareTweetWhatsappPinterestRedditTumblrMailFlipboard 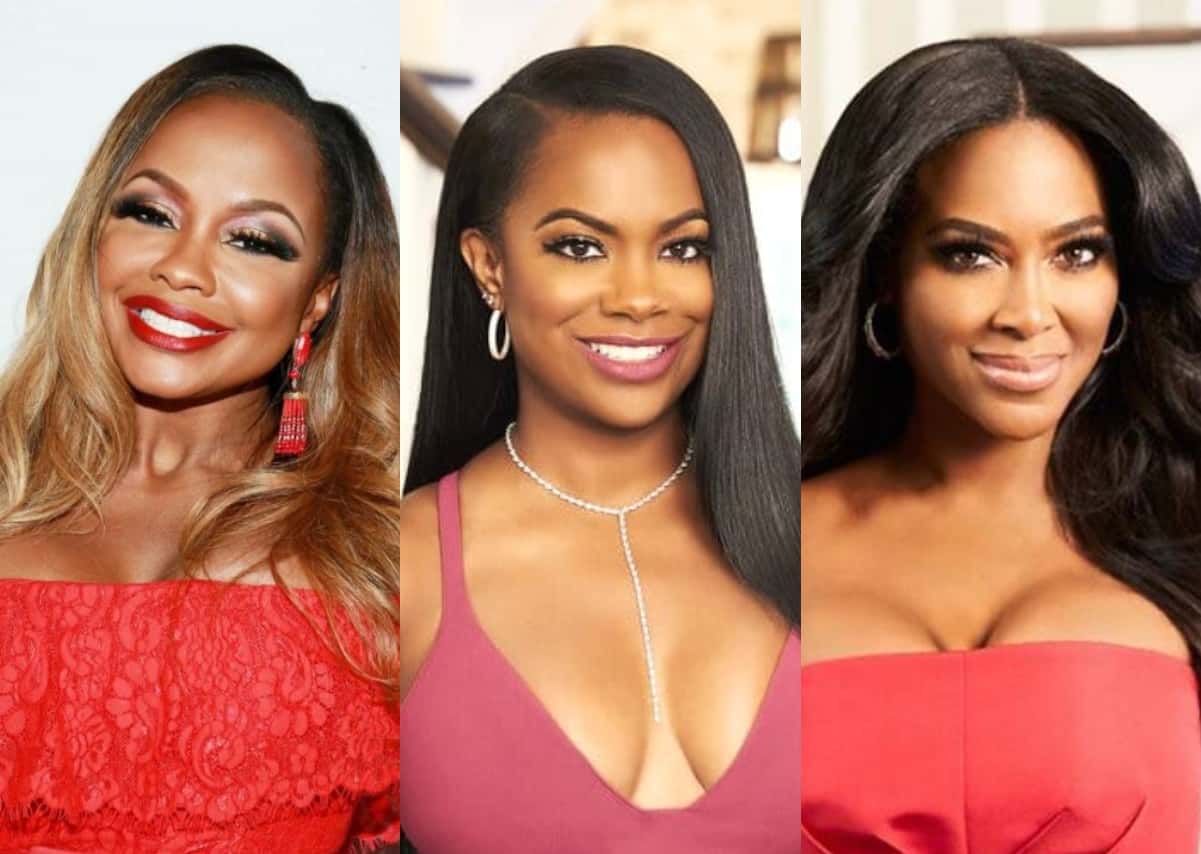 Phaedra Parks isn’t ruling out a future reconciliation with Kandi Burruss, but where does the attorney stand with Kenya Moore?

Phaedra and Kandi were close friends for years, and Phaedra even served as one of the singer’s bridesmaids when she married Todd Tucker. However, the two suffered a massive falling out during season nine of The Real Housewives of Atlanta after Phaedra spread a salacious, unfounded rumor about her former co-star. If fans recall, she claimed Kandi and Todd had planned to drug Porsha Williams in order to take advantage of her sexually in their dungeon. But the truth later came out at the reunion, and Phaedra was subsequently fired from the show.

Though Kandi has seemingly made it clear that she’s finished with the mother-of-two in the years since, Phaedra was asked to give her thoughts on a potential reconciliation during a recent appearance on Watch What Happens Live.

“You know what? We’re both two very strong, powerful Black women. And as a mom, we’re both moms, I teach my kids that they can resolve anything, and so I would never say never,” she said on the May 6 episode per Bravo TV. “Resolution is always possible in every scenario.”

Unfortunately, Phaedra has also had major issues with another RHOA star besides Kandi. She and Kenya feuded for years after the former beauty queen allegedly flirted with her then-husband, Apollo Nida.

When Kenya appeared on WWHL in January, host Andy Cohen asked the star if she regrets the way she handled the situation with Apollo, and she admitted that she “absolutely” does regret her previous actions.

“I think I could have just distanced myself from Apollo altogether, not been so chummy-chummy, especially when it bothered his wife,” Kenya told Andy on January 24.

Furthermore, Kenya went on to tell Andy that she and Phaedra have come a long way since the attorney left the show.

“You know what? Honestly, we don’t have a relationship, but we’ve been on each other’s social media, and we’ve made jokes and stuff,” she claimed according to Bravo TV. “So I think it’s pretty cordial.”

Naturally, Andy also wanted Phaedra’s take on her and Kenya’s current relationship. Though Phaedra confirmed that she and the actress occasionally speak on social media, she said she’s yet to come face-to-face with the mother-of-one.

As for Kenya’s latest comments about Apollo, Phaedra seemingly appreciates her former co-star’s change of heart on the situation.

“I mean, I totally agree with it. I felt good that she recognized it, but I think sometimes you don’t recognize things until you’re in the position,” Phaedra explained. “And so, she’s a mom, and is a wife, or was a wife… I’m not sure. But, I mean, growth is possible for everybody, so I was really excited when they brought my attention to it.”

#RHOA star @PhaedraParks reacts to @KenyaMoore’s apology: "Growth is possible for everybody, so I was really excited when they brought my attention to that." #WWHL pic.twitter.com/Vi4qWE3Wy3