Home Real Housewives of Atlanta News RHOA’s Kenya Moore Reveals Her Regret About Feud With Phaedra Parks and Doubles Down on “Duck Lips” Comment About Kim Zolciak, Plus She Talks Sherri Shepherd and Vivica A. Fox Drama

RHOA’s Kenya Moore Reveals Her Regret About Feud With Phaedra Parks and Doubles Down on “Duck Lips” Comment About Kim Zolciak, Plus She Talks Sherri Shepherd and Vivica A. Fox Drama 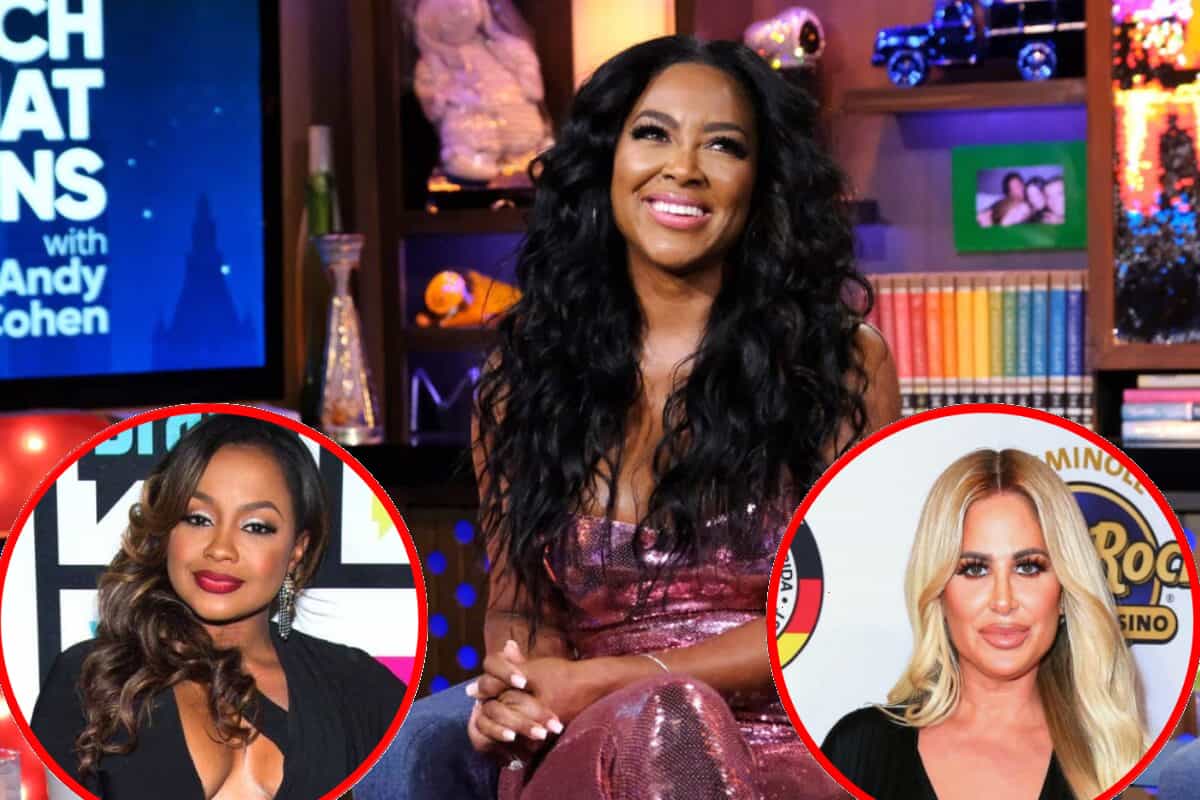 Kenya Moore appeared on Sunday night’s episode of Watch What Happens Live, where she addressed her highly-publicized feuds with Phaedra Parks, Sherri Shepherd, and Vivica A. Fox.

As The Real Housewives of Atlanta cast member celebrated her 50th birthday, she appeared via video chat with Andy Cohen to discuss her tension with the women before looking back on a comment she made about Kim Zolciak‘s daughter, Brielle Biermann, and sharing her thoughts on her oversized lips.

After Andy pointed out that Apollo had been “gaslighting” Phaedra during their marriage, he asked Kenya if she had regrets about how she handled their relationship.

“Absolutely. I think I could have distanced myself from [Apollo Nida] altogether, not been so chummy, chummy, especially when it bothered his wife,” Kenya admitted during the January 24 episode.

Although Kenya and Phaedra butted heads in the past, she confirmed to Andy that they are “cordial” today.

“We don’t have a relationship but we’ve been on each other’s social media and we’ve made jokes and stuff so I think it’s pretty cordial,” she explained.

Kenya then addressed her drama with Sherri.

“I didn’t understand why she was coming for me but I probably should have just ignored her,” Kenya explained of the former View co-host, who had referred to her as “Kendra” and suggested she had been fired from RHOA.

As for her feud with Vivica, which began in 2014 when the two appeared alongside one another on The Celebrity Apprentice, Kenya admitted that she hasn’t heard back from Vivica after offering a public apology to her in December 2020.

“Claudia Jordan told me that she did receive [the apology] and she’s just not ready yet and I respect that. People have to be ready to receive an apology so I’m hoping that she’ll accept it. I really do like Vivica before any of the drama and I think she’s a great person,” Kenya noted.

As the WWHL episode continued, Kenya was asked about her other notable feuds, starting with her drama with Kim, who Andy said she accused of “pimping out her daughter for John Legend tickets.”

“Correction: I didn’t accuse Kim of doing anything about Brielle and her daughter. That’s something I repeated that Kim said directly on Instagram,” Kenya clarified to Andy.

Then, when asked if she regrets saying that Kim had “duck lips,” Kenya said, “But that’s kind of a fact.”