by Lindsay Cronin May 17, 2021 324 comments
ShareTweetWhatsappPinterestRedditTumblrMailFlipboard 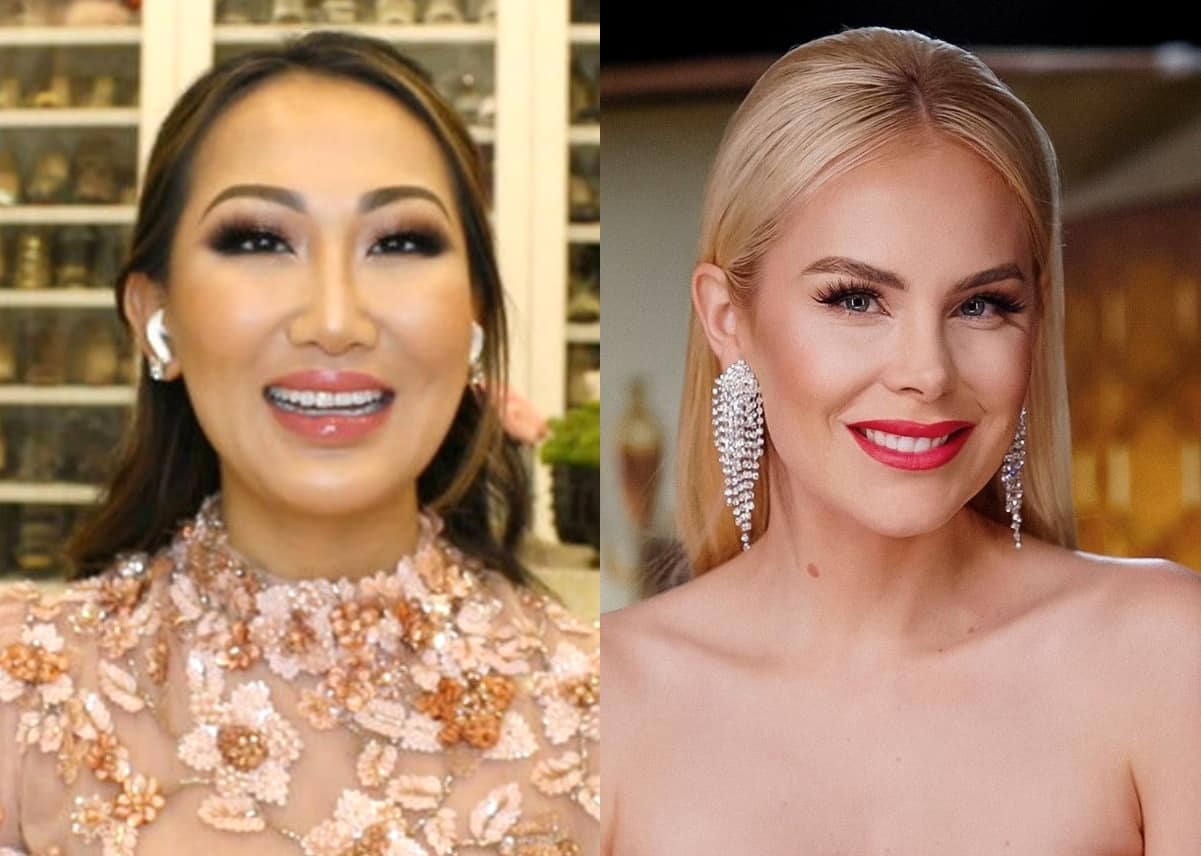 After the newest cast member slammed Kameron for being “privileged and ignorant” as she attempted to explain Dr. Tiffany’s culture to Dr. Tiffany, Kameron took to Twitter, where she prompted a messy feud after admitting she was “disappointed” by how things between her and Dr. Tiffany played out.

“Someone I was so excited to be on the show with. Had a blast filming, and I am disappointed where it went as we aired in press. I tried to show with receipts I always wanted to be her friend. I do hope we get another try to have a good time on this show together!” Kameron declared on May 11, adding a hashtag for “let’s hope” in her now-deleted tweet.

Although Kameron’s tweet seemed, to some, to be in good faith, Dr. Tiffany wasn’t impressed with her sentiment and quickly called her out for gaslighting her and comparing her to a s-x worker.

“You came to attack and gaslight me,” Dr. Tiffany responded. “Don’t ever compare me to a Thai s-x worker or call me bossy either, please. I don’t accept your half a– ‘my employee did that’ apology. Learn to take some accountability or pay a bill.”

Dr. Tiffany also said Kameron was “setting feminism back” in her tweet.

In response to Dr. Tiffany’s message, Kameron shared another post in which she said she was trying to move forward.

“But it’s clear you won’t ever do that,” she stated.

Kameron also denied comparing the anesthesiologist to a s-x worker.

“Never compared you to a Thai s-x worker ever as I’ve told you I was referring to ladies in our group,” she explained, noting that she had sent her RHOD castmates cookies ahead of the reunion’s conclusion.

Kameron went on to claim that while she checked in on Tiffany during RHOD season five, and has receipts to prove it, Tiffany did not do the same for her.

“You’re right I didn’t check in to see if you got your $7m ‘dream house’ or ask how your dog training was going. I was too busy working full-time during a pandemic, trying too hard with my pranks and rules, and hanging out with a [clown] who I thought was my friend,” Dr. Tiffany replied. 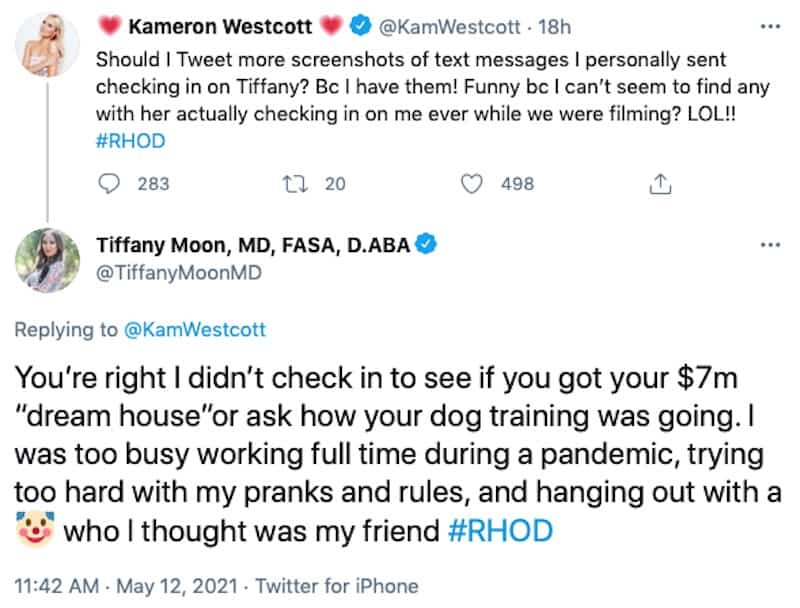 As their heated social media feud continued, Kameron said Dr. Tiffany’s remarks were “extremely hurtful” and slammed her for failing to make an effort to get to know her during filming.

“If you knew more about my life and actually asked me about my life vs. me always trying with you maybe I would have more to offer as a friend? Friendship takes two [and] I’ve been trying hard but if you don’t want to move forward I won’t try,” Kameron warned.

In another tweet to her castmate, Kameron labeled Dr. Tiffany as “fake” after seeing she had shared a GIF about “forced hugs.”

“I am glad you are finally admitting everything you do is fake. Wow,” Kameron replied along with a hashtag for “three faced.” 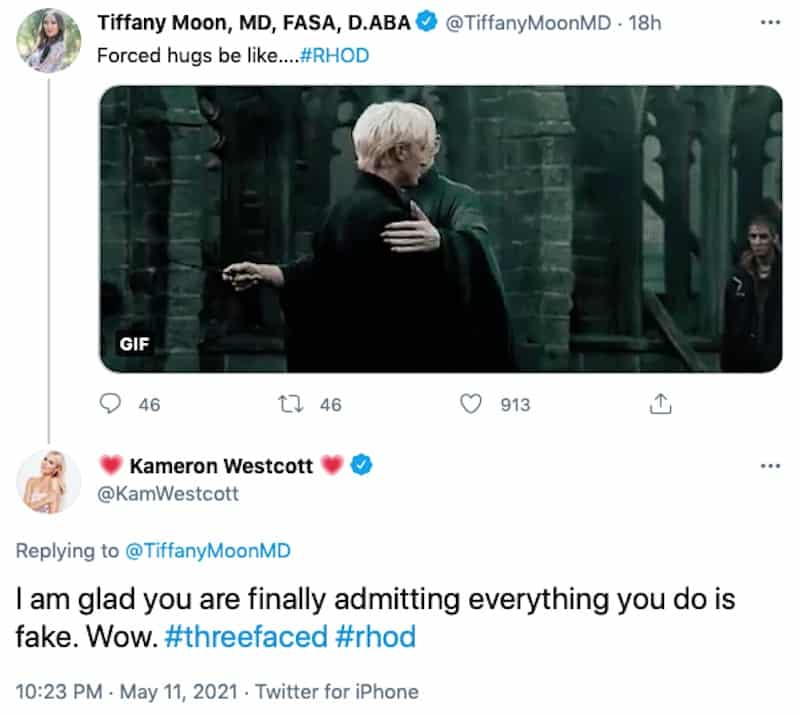 No word yet on when filming will begin on The Real Housewives of Dallas season six.