by Emily Campbell May 18, 2021 30 comments
ShareTweetWhatsappPinterestRedditTumblrMailFlipboard 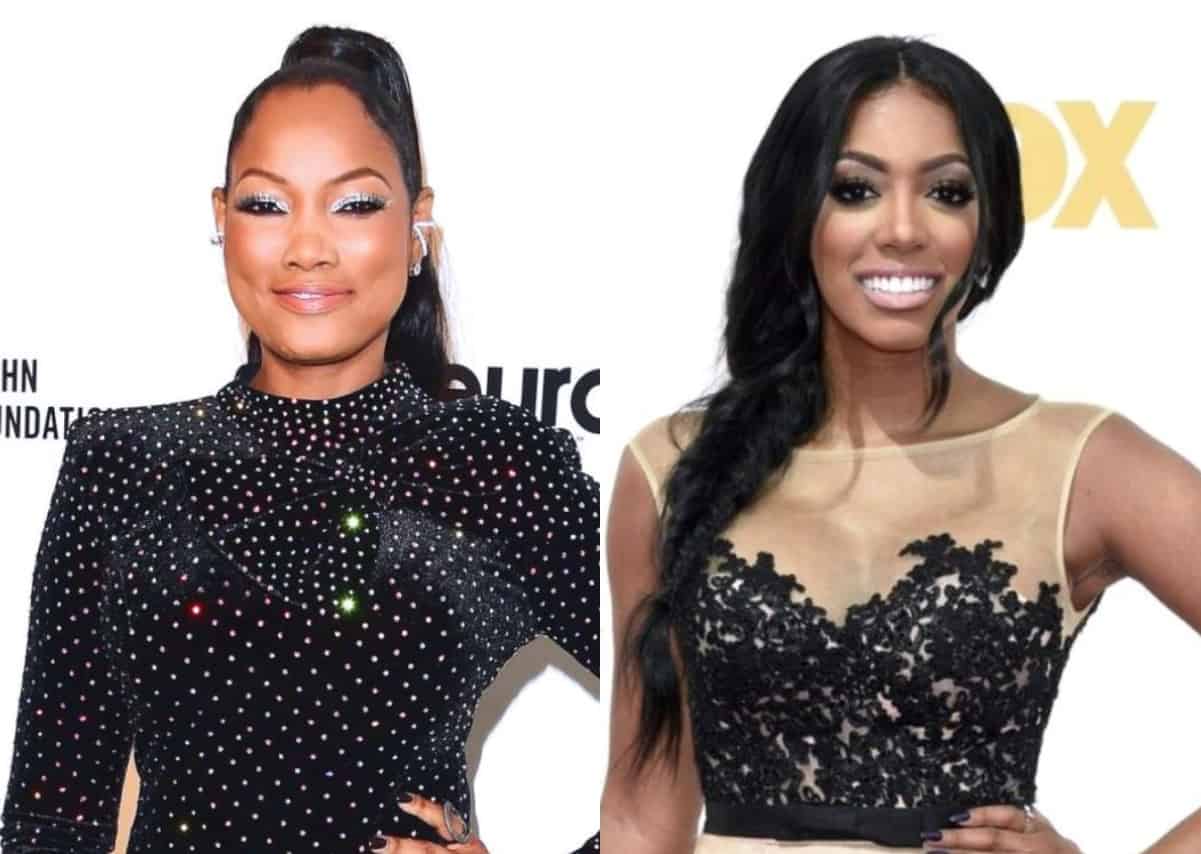 Garcelle Beauvais shades Porsha Williams‘ engagement to Simon Guobadia as she questions whether the Real Housewives of Atlanta star’s relationship is for a storyline.

Porsha shocked the Bravoverse last week when she announced her engagement to Falynn Guobadia‘s estranged husband, Simon. As a result, fans and Bravolebrities have had plenty to say, and Garcelle is no exception as the Real Housewives of Beverly Hills star candidly shared her opinion on a recent episode of The Real.

“She went to the girl’s house and she brought her sister and a friend and they smoke hookah together,” she said, which has been re-shared by The Peach Report Daily on Instagram. “So, I don’t know what the girl code is if you know somebody and you’ve been to their house and then you take their man.”

The actress then went on to say that she doesn’t believe Porsha actually “took” Simon from Falynn, but she did question why the new couple seems to be in such a rush.

“I don’t think she took [her] man, but a month you guys? A month,” she asked in bewilderment. “First of all, he’s recently divorced. There hasn’t even been time to reflect, to see what did I do wrong, what did he do wrong, what did she do wrong? And then all of a sudden we’re engaged?”

Garcelle — who obviously knows a thing or two about reality TV — then made a shocking comment, and her co-hosts seemingly agreed.

“I mean, it sounds to me like it’s a storyline for next season,” she snarked.

Nevertheless, according to Porsha, she and Simon realize their romance has been a quick one, but she says they’re “crazy in love.”

“Our relationship began a month ago – yes we are crazy in love. I know it’s fast but we are living life each day to its fullest,” she wrote on May 10 as she confirmed her relationship with Simon via Instagram.

She added, “I choose happiness every morning and every night. Tuning out all negative energy and only focused on positive wishes. He makes me so happy and to me, that is what matters most.”

She also made it clear that she had nothing to do with Simon and Falynn’s divorce and that she and Falynn are not friends.

“I had nothing to do with their divorce filing. That’s between the two of them,” she declared, adding, “Falynn and I are not friends, and Simon’s divorce has been settled. Our relationship is a positive, loving step forward in everybody’s lives.”