Kate Chastain Slams Porsha Williams as an “Actress” and “Very Calculated,” Suggests She’s Lying About Simon Guobadia Relationship, Plus Suspects Porsha is Quitting RHOA in Lieu of a Spinoff

by Lindsay Cronin May 17, 2021 95 comments
ShareTweetWhatsappPinterestRedditTumblrMailFlipboard 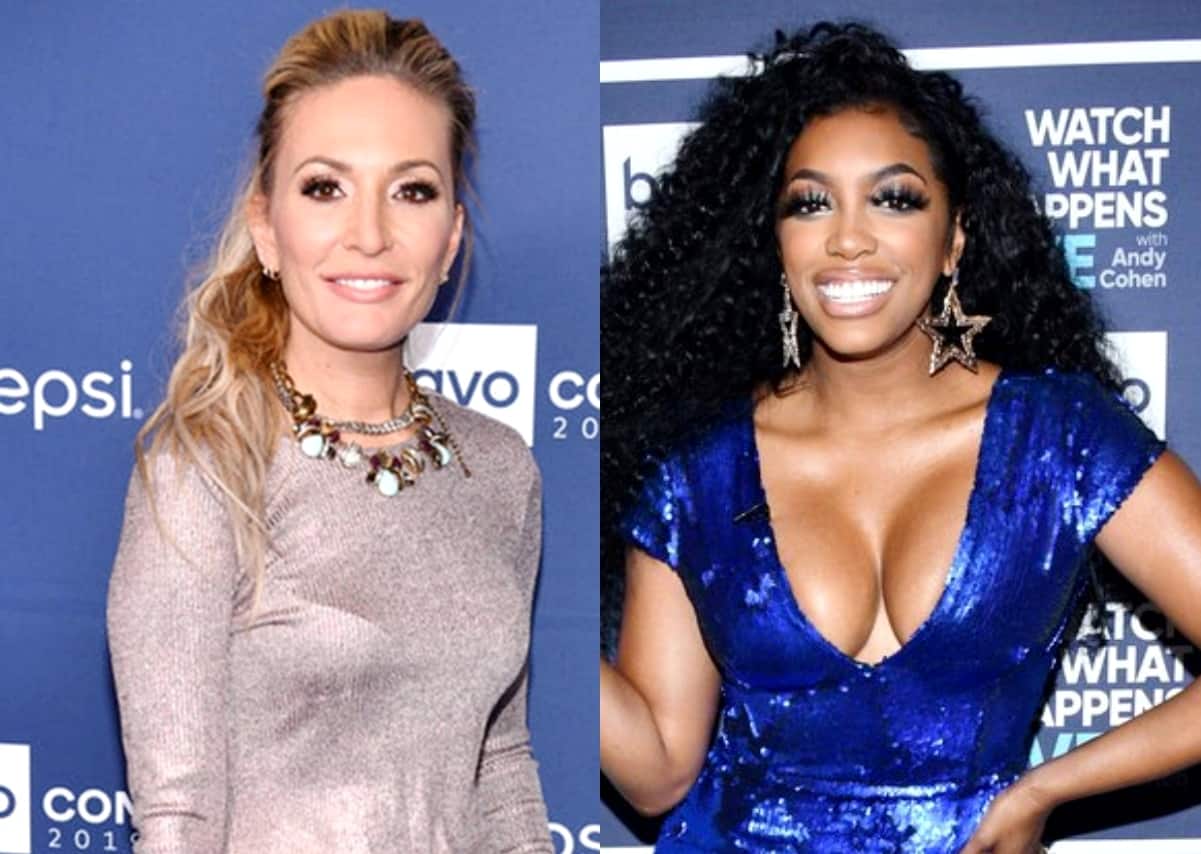 Below Deck‘s Kate Chastain laid into Porsha Williams during a recent podcast appearance.

After previously working alongside the Real Housewives of Atlanta cast member on Bravo’s Chat Room, Kate slammed the newly-engaged Bravolebrity as an “actress” before questioning her relationship with fiancé Simon Guobadia and commenting on her future on RHOA.

“No sex-shaming. Do what you want to do. But it’s probably not the first thing you want on your Google search. It’s almost more lady-like to hide it but at least deny it,” Kate said on the May 14 episode of the What Else is Going On? podcast after being asked about Porsha’s alleged hookup with stripper Bolo.

According to Kate, there’s no way to predict what Porsha is going to do next because her behavior isn’t determined by “normal logic.”

While Porsha said in her engagement announcement that she and Simon, the estranged husband of Falynn Guobadia, began dating just one month ago, Kate said Porsha seemed to be hiding something at the end of last year when she spoke about Simon and Falynn’s wealth.

“[She was] holding back. For her to not respond to something is strange. That’s why she’s so talented. She’s always got a quick something. And I respect that. So when she didn’t I was like, ‘Is she okay?’” Kate recalled.

When the host then mentioned that some believed Falynn moved on from her marriage to Simon before he did, Kate said that while that would make Porsha’s relationship with Simon “less bad,” “less bad” shouldn’t be anyone’s goal.

“Porsha’s so talented she could run her car into a school bus of children and somehow spin it that she’s a hero. It’s frightening but impressive,” Kate noted, also describing Porsha as “very calculated.”

As for Porsha’s reportedly upcoming special, Kate said she heard about the series prior to the rumors before suggesting Porsha’s new romance has changed how people feel about her.

“It will be interesting to see how that develops, considering this news,” she shared.

Kate went on to say that she believes Porsha’s alleged three-part special will be turned into a full-time series and that the potential show will prompt Porsha to quit RHOA.

“I do think she’ll leave,” Kate confirmed. “I think this three-part special is probably a test-run for a spinoff. They did just take Don’t Be Tardy off the air.”

Also during the interview, Kate said that while Porsha suggested she had a scene of RHOA removed from season 13, there may have been more to the story.

“Maybe Porsha brings in the higher numbers. Maybe the conversation was too long in the time numbers. Maybe a combination of all of it. They’re loyal to no one, honestly,” she noted.