Home Real Housewives of Beverly Hills News Erika Jayne Says She’s Being Made a “Scapegoat” on RHOBH, Reunites with Teddi Mellencamp and the Fox Force Five, and Reacts to Kyle Richards Saying They’ll Stick Together ‘Through Thick [and] Thin’

Erika Jayne Says She’s Being Made a “Scapegoat” on RHOBH, Reunites with Teddi Mellencamp and the Fox Force Five, and Reacts to Kyle Richards Saying They’ll Stick Together ‘Through Thick [and] Thin’

by Lindsay Cronin May 21, 2021 502 comments
ShareTweetWhatsappPinterestRedditTumblrMailFlipboard 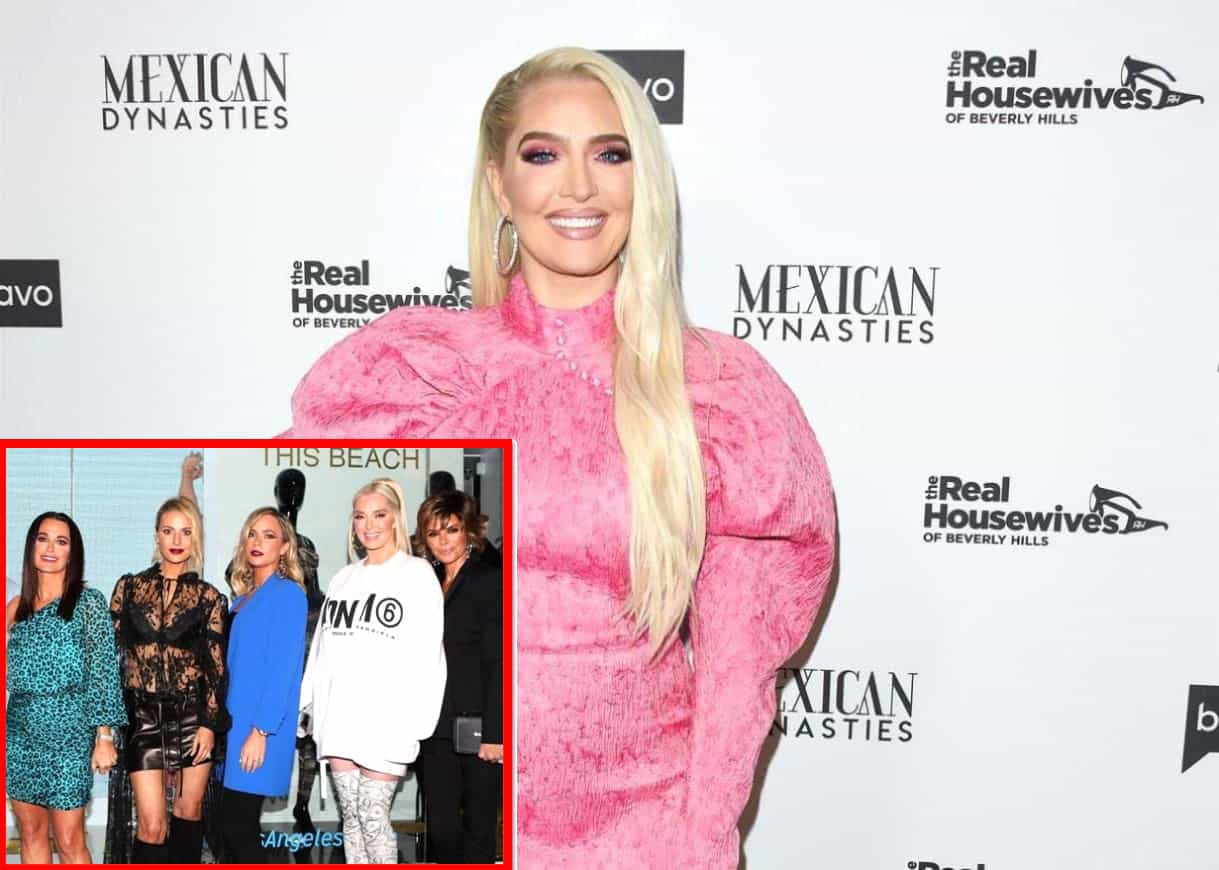 Erika Jayne appears to think that she was the “scapegoat” of the 11th season of The Real Housewives of Beverly Hills.

After a fan on Instagram mentioned that the new episodes would feature the “Crucifixion of Erika Jayne,” Erika gave a short response to the statement before reacting to Kyle Richards suggesting they’ll stick together through “thick [and] thin” amid a girls’ night out with the Fox Force Five.

“Scapegoat,” Erika wrote in the caption of the fan’s screenshot featuring her allegedly upcoming “crucifixion” on the show.

As fans of RHOBH well know, Erika will be seen discussing not only the end of her marriage to Thomas Girardi on the show but also the many lawsuits brought against them, which include claims of having embezzled millions from his past clients.

On the heels of Wednesday night’s premiere episode of RHOBH season 11, Erika reunited with her co-stars, including Kyle, Lisa Rinna, and Dorit Kemsley, as they enjoyed a night out with their former castmate, Teddi Mellencamp, at the Hotel Bel-Air.

“Through thick [and] thin,” Kyle wrote in the caption of a photo of the Fox Force Five holding hands at a dinner table.

In response to the sweet image, Erika replied, “Amen.”

The other ladies shared the photo on their accounts as well, and with Dorit’s, she included a note that read, “Friendship.”

Lisa also shared a photo of the ladies’ night out on her Instagram page with the caption, “Fox Force Five After Dark.”