Home Real Housewives of Beverly Hills News Why Heather Locklear and Nicollette Sheridan Are on ‘Forever No List’ of Bravo and Who Was Hired Despite Being on List, Plus Casting Process is Revealed

Why Heather Locklear and Nicollette Sheridan Are on ‘Forever No List’ of Bravo and Who Was Hired Despite Being on List, Plus Casting Process is Revealed

by Lindsay Cronin May 27, 2021 82 comments
ShareTweetWhatsappPinterestRedditTumblrMailFlipboard 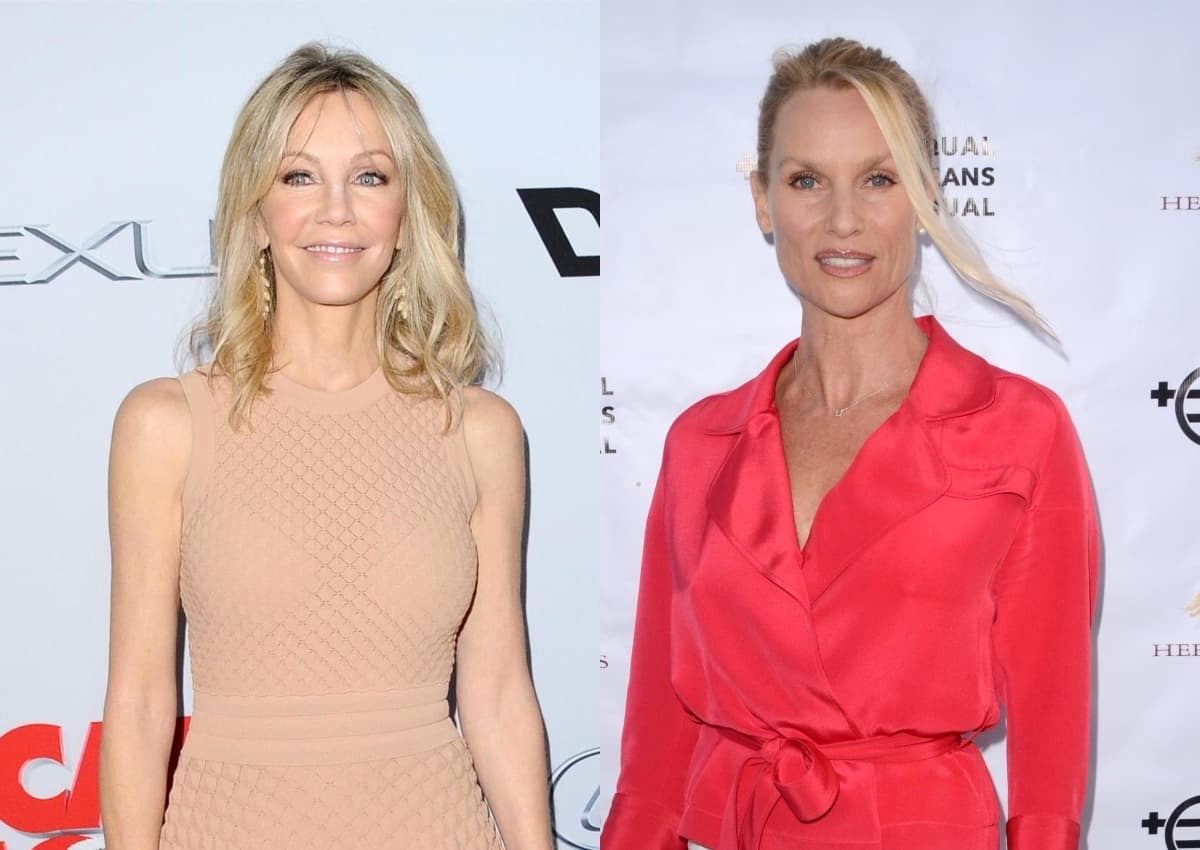 Brian Moylan, the author of The Housewives and the co-author of Erika Jayne‘s Pretty Mess, recently appeared on a couple of podcasts, where he shared insider information regarding the casting of The Real Housewives of Beverly Hills.

While discussing the casting process of the show, Brian revealed that a number of actresses, including Heather Locklear, the former friend of Denise Richards, and Nicollette Sheridan, the former wife of Lisa Rinna‘s husband, Harry Hamlin, have been put on a “Forever No List.”

“One of my favorite parts is about the casting process,” Brian said on B*tch Sesh podcast, according to a report from Showbiz Cheat Sheet. “I talked to a casting director who has worked on several different iterations of the show. You know how fans are always like, ‘Oh, they should get Heather Locklear. They should get this famous person. They should talk to this famous person.’ They have a list called the ‘Forever No List.’”

According to Brian, a number of actresses are on the list who casting directors are opposed to.

“It’s a list of people who they’ve interviewed about possibly being a housewife and either don’t want to do it, aren’t good on camera, you know, whatever,” he explained.

While RHOBH fans hoped to see Heather cast on the show due to her tensions with Denise and Nicolette due to her drama with Lisa and Harry, it seems that neither woman will ever appear. Unless, of course, Bravo intervenes, which has happened in the past.

“Curiously Denise Richards was one of the people who they had interviewed, and thought was too boring, but then Bravo specifically said, ‘Can you get [us] Denise Richards’ and so they went after Denise Richards, and it ended up being two seasons of pure gold,” Brian revealed on the Hot Takes Deep Dives podcast, via All About the Real Housewives.

Brian went on to say that Lori Loughlin is also on the list.

“A casting agent said that all of those people that we bring up: Lori Loughlin, Nicolette Sheridan, Heather Locklear, people we think would be great on Real Housewives of Beverly Hills have either said no or have been interviewed, and they’re too much of a mess or are not good for television.”