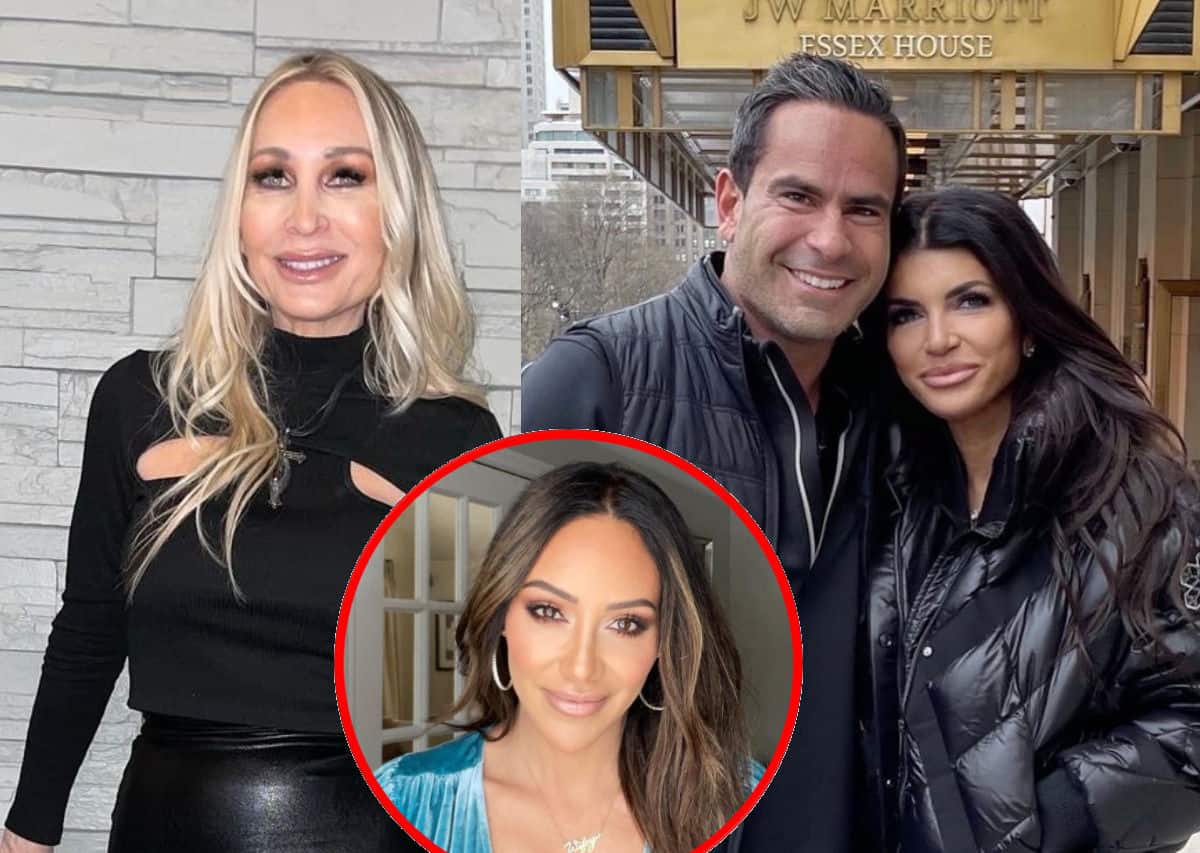 Kim DePaola is firing back at Teresa Giudice after the Real Housewives of New Jersey star referred to her as a “sewer rat” as Kim also claims the “truth” about both Teresa and Melissa Gorga will soon be revealed.

Kim D has been rather outspoken about Teresa’s new man, Luis Ruelas, who the boutique owner claims has a dark past. Though Kim isn’t the only person who’s had plenty to say about Luis’ past, host Andy Cohen specifically asked the OG about Kim’s comments during the season 11 reunion as Melissa shook her head in disbelief. But Teresa wasn’t interested in responding, simply telling her boss, “Next question. I don’t talk about sewer rats, sorry.”

As a result, Kim issued an official statement through her publicist, who shared the former reality star’s response to the “blatant disrespect” via Instagram after first recapping the reunion incident.

“Teresa is in no position to be calling people names! She should stop all her bragging,” the publicist wrote on behalf of Kim. “Unfortunately she has not learned her lesson!!!! I always stood behind everything I’ve said!!!!”

She added, “And as everyone has watched throughout the years, everything I have said was true!! Melissa can keep shaking her head! We all know you and Teresa can’t stand each other!!!! Pleaseeeee….”

It’s unclear if Kim’s next comment was meant as a threat or if she simply believes people will be coming forward with more juicy gossip, but she claimed “truths” will be revealed about the sisters-in-law.

“That was a ridiculous and ignorant thing for Teresa to say,” the statement continued. “There will be a lot more truths coming out about the both of them!!!”

Meanwhile, prior to releasing the official statement, Kim took to her own Instagram account and suggested she was “fooled” by Teresa during their friendship by posting a telling message.

“She chooses wisely who she allows in her life,” the post began. “Not because she is better than anyone, but because she remembers what happened when she wasn’t careful and allowed just anyone in her circle. A time when she trusted easily and naively believed that most people had the same heart as her.”

“This doesn’t mean that she always gets it right, that every now and then she isn’t fooled,” the post continued. “But it does mean that she can spot the fakers quicker and let the people who are not good for her go without any hesitation.”

If fans recall, Kim and Teresa were rather close at one point as they seemingly plotted together to expose Melissa’s alleged stripper past in season four. Kim later defended Teresa and took the blame for the plot in order to protect Teresa. But, things took a major turn once Kim brought up rumors regarding Joe Giudice‘s alleged cheating habits, and their friendship ended with a bang and a chair throw.

Despite Kim’s comments about Luis, she’s previously stated that she hopes things work out well for the couple as she doesn’t want to see her former friend get hurt.

“She’s done me dirty…. bad,” she said on the Behind the Velvet Rope with David Yontef podcast in early April. “But I would never wish [for] her to meet someone who was going to do something bad to her. I would never.”