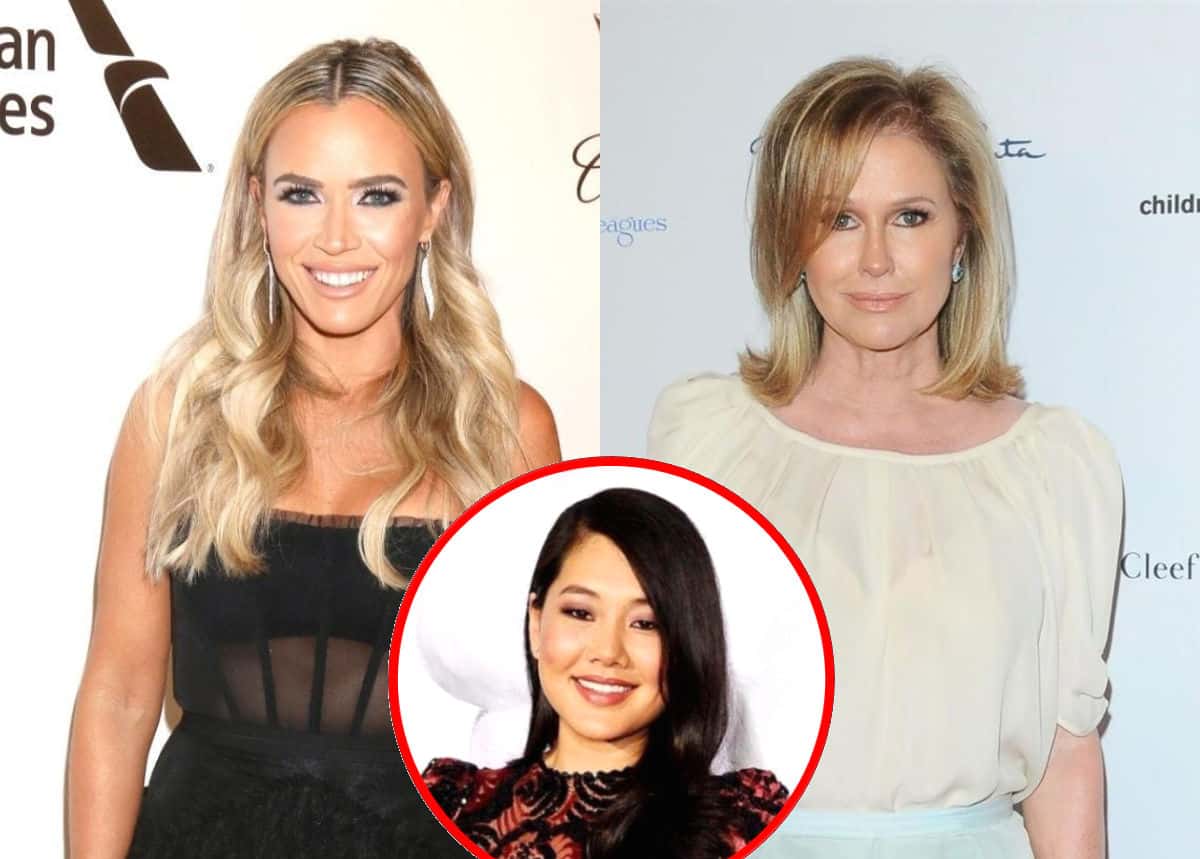 Teddi Mellencamp spoke out after seeing that Kathy Hilton suggested she didn’t know who she was in the comments section of a video shared by Kyle Richards over the weekend.

Following Kathy’s message, which asked her sister who was dancing in her clip, the former Real Housewives of Beverly Hills cast member shared her response while also explaining how she knows Kathy’s fellow newbie, Crystal Kung-Minkoff.

“Don’t @ me anyone. Blame it on the Palmona’s,” Teddi wrote in a message to Comments by Bravo on Instagram, who shared a screenshot of Kathy’s message. 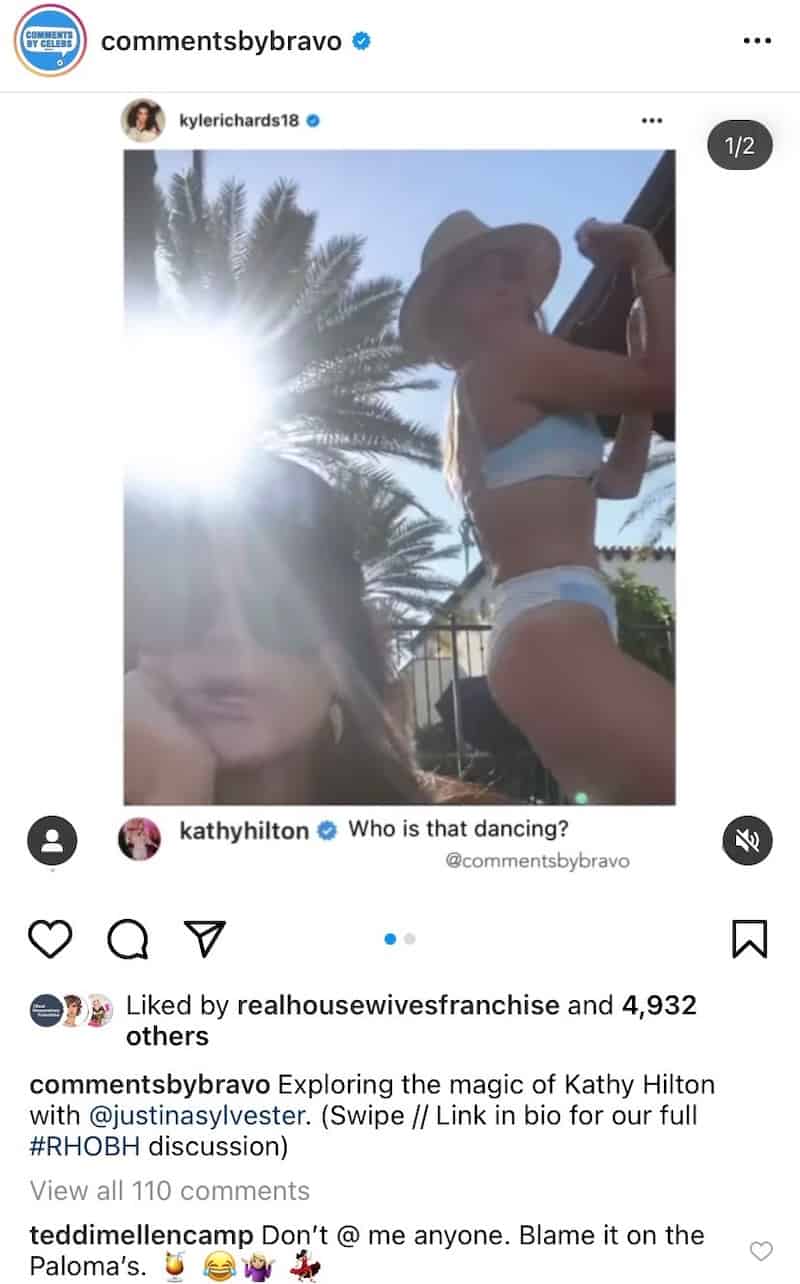 Also on Instagram, after suggesting Kathy simply didn’t recognize her due to her alcohol consumption, Teddi responded to a fan who wanted to know more about her connection to Crystal and questioned Crystal’s comment about not knowing Dorit Kemsley.

“How does Crystal know Teddi and not Dorit and her husband like she said on the [first] episode..? [Don’t] buy it,” the fan wrote.

“Crystal and I met [eight] years ago at our mutual besties baby shower,” Teddi replied. 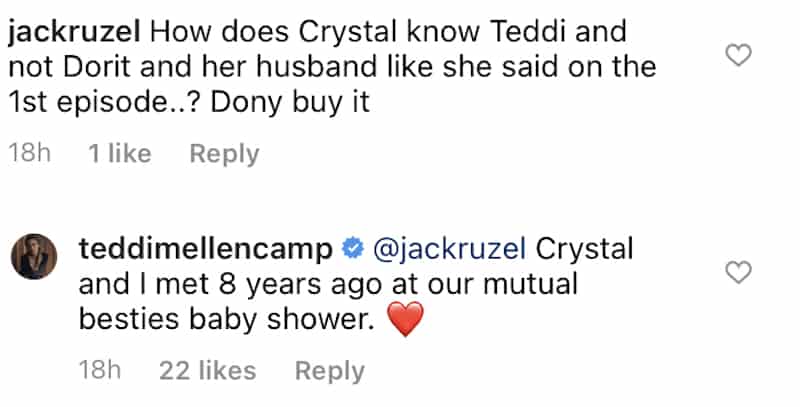 As RHOBH fans may have seen, Crystal clarified her comment about not knowing Dorit during an interview with Access Hollywood last week while attending Kathy Hilton‘s viewing party for episode two in Los Angeles.