Home Real Housewives of Beverly Hills News How Much Does the RHOBH Cast Charge for Cameos? Find Out Who is the Most Expensive in Our Top 10 List

How Much Does the RHOBH Cast Charge for Cameos? Find Out Who is the Most Expensive in Our Top 10 List 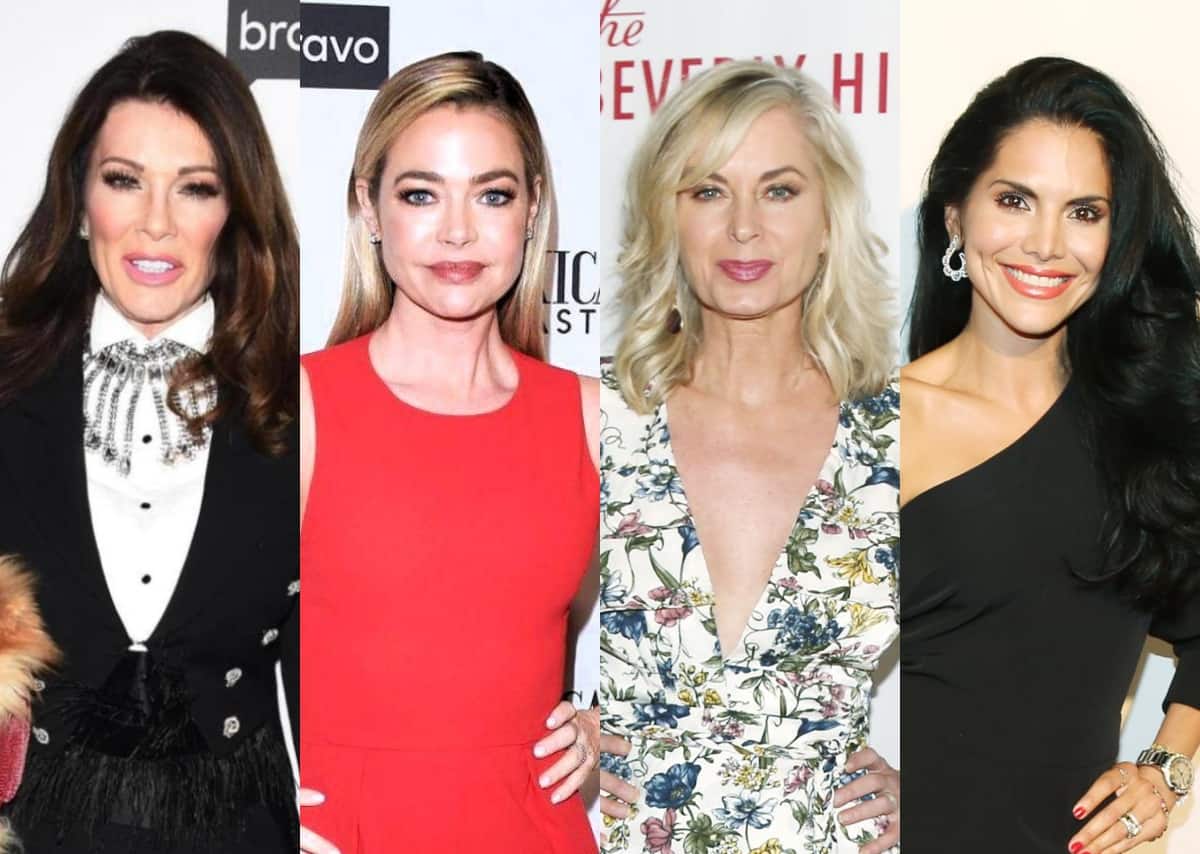 Several past and present members of The Real Housewives of Beverly Hills cast are on Cameo, but not everyone charges the same for their personalized videos and direct messages.

In the Top 10 Cameo countdown below, we’re looking at which former cast member you can get for $45, versus which two longtime stars charge nearly $300 for their clips.

Joyce Giraud, who appeared only on season four, charges fans $45 for each of her personalized videos. However, as her bio explains, she doesn’t keep the money for herself. Instead, she donates 100 percent of the proceeds to her school in Senegal.

“The video was filled with joy, love and is absolutely perfect!” one person said in a review.

Taylor Armstrong, who was one of the original cast members of RHOBH and remained on the series in a full-time position through season three, charges $55.

“It was absolutely perfect!!!” one person said after receiving a video. “Appreciate the sincerity and genuine thought that went into making an important Cameo.”

“Thank you so much, Taylor! So heartfelt and warm. Really appreciate it,” someone else told Taylor.

Eileen Davidson, star of seasons five through seven of RHOBH, charges $99 for each video.

“Eileen is such a class act!! Her message was perfect, and my Mom was so excited to receive it!!” one of her clients said in a review.

“I could not have asked for a more perfect video,” shared another.

Brandi Glanville, who has appeared on RHOBH on and off for years, charges either $100 for a personalized video, or $2.99 for a direct message.

“You absolutely killed it. We got the cameo on graduation day and watching it with everyone was the greatest gift,” one person told Brandi after receiving their personalized clip.

“Brandi went above and beyond for our Cameo. I laughed out loud and my sister is going to do the same when she gets it,” another said.

Kim Richards, who, like Taylor, was one of the OGs of RHOBH, charges $125 for her videos, tying Garcelle Beauvais for the #5 spot.

“OMG Kim this is incredible!!!” one fan wrote in a review. “Thank you so much for doing this and being so fun about it!!”

“Way better than I could of hoped for! You were over the top!” another gushed.

Garcelle Beauvais is currently on hiatus from Cameo but typically charges people $125 for personalized videos.

“Garcelle’s cameo was amazing! She completed it within hours of my request,” one person said before the actress took a break from the platform.

“She made me smile with her words,” said a second.

Teddi Mellencamp, who joined the RHOBH cast for season eight and remained on the series until the end of season 10, charges $199 for a video, or $19.99 for a direct message.

“Thank you Teddi. This is exactly what I was looking for,” someone said after receiving their requested video.

“You turned this request into an amazing gift,” another told her. 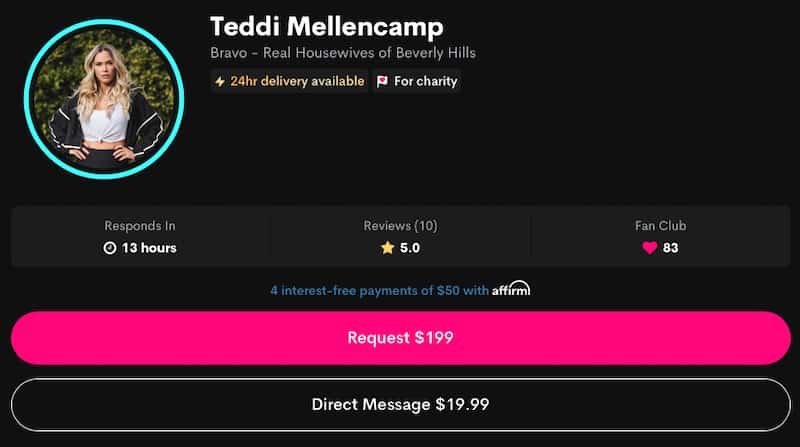 With the rate of $250 per video, Denise Richards lands in the #3 spot on our countdown.

Like Joyce, Denise, who was featured on seasons nine and 10, donates her proceeds to charity.

“This was so cool! You made my wife’s whole year!!” one person said in a review.

“Denise delivered the message perfectly. She is simply awesome,” another person wrote.

Tied for first place are Dorit Kemsley and Lisa Vanderpump, both of whom charge fans $275 for one of their videos.

“The message was even better than I had hoped!” one person said after Dorit created their personalized video.

“Dorit was so nice and genuine for our call. She really made my wife’s day,” shared someone else. 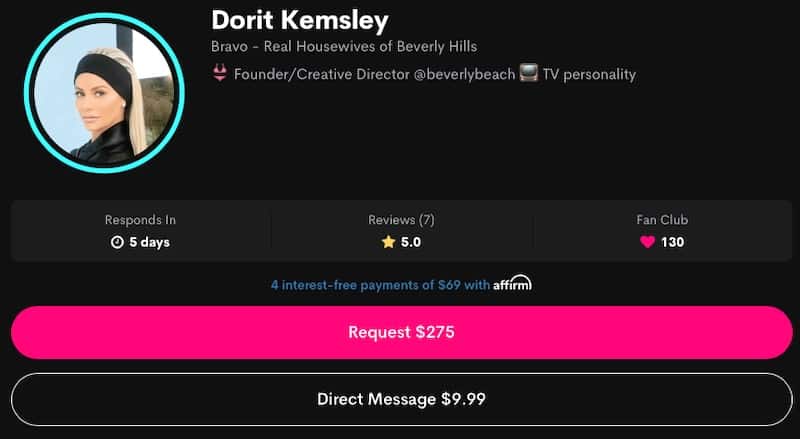 In the bio of Lisa’s Cameo page, she revealed that 100 percent of her proceeds will benefit her charity of choice, the Vanderpump Dogs Foundation.

“Absolutely PERFECT! My wife adores Lisa and having this personal greeting from her was just the perfect surprise,” someone said in their review of Lisa’s clip.

“You did an amazing job and my wife loved it so much it brought her to tears!!” another stated.