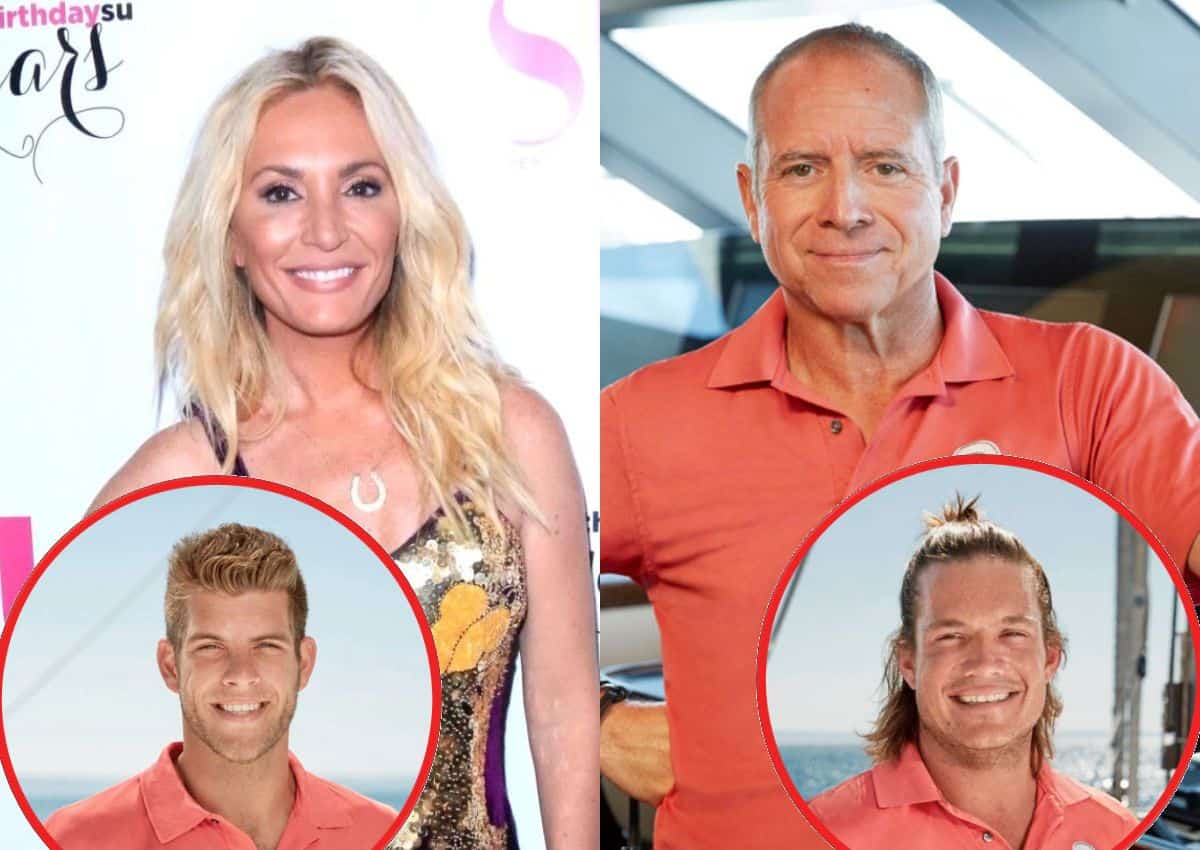 Kate Chastain is a fan of Below Deck Sailing Yacht, and she’s praising the season two cast as she also pokes fun at their constant hookups.

The Below Deck alum is one of the most familiar faces in the franchise, and as long as she’s not involved, she enjoys the drama just like the fans, which she revealed in a recent interview.

“It’s like they’re square dancing on that sail yacht,” Kate told Us Weekly. “They’re just, you know, Dosey Doeing and switching partners every episode. I mean, it’s [a] great season.”

The former chief stew went on to gush over the current crew, stating she “really loves this cast” because she believes “every one of them is strong [and] for the most part is very likable.”

As fans know, one of the biggest bombshells from the season is Dani Soares‘ pregnancy, which she announced after filming wrapped. Dani, 33, is currently in a boatmance with 24-year-old Jean-Luc Cerza Lanaux, and many viewers believe he’s the father of Dani’s baby. However, Dani has yet to confirm or deny the rumor, but Kate is seemingly intrigued by the notion as she says the child “would be such a pretty baby.”

Kate then joked that Jean-Luc’s child wouldn’t be very smart, though, as she’s floored by him openly admitting on the show that he might have chlamydia before a doctor let him know it was simply chafing.

“I don’t know that it would be a smart baby [if] he’s the daddy,” she said. “Because who says that? I know for a fact I have never heard a human say those words out loud. No one says that. What you do is — I would imagine — let’s just say, for any health issue below your waistline, you know, maybe you just tell the doctor. Just don’t talk about what happens in your pants. I’m no HR expert, but that would be my advice.”

As for Daisy Kelliher and Gary King‘s dynamic on the boat, Kate believes Gary is way too hard on Daisy, who Kate says is an incredible chief stew.

“She’s the best chief stew I’ve seen on the series and I really respect everything about the way that she’s doing it,” she gushed. “She’s funny, she’s great at her job. I’m really impressed with her.”

Though Kate’s clearly a huge fan of the show, she’s an even bigger fan of Captain Glenn Shephard, who she says she reaches out to from time to time.

“I think the Sailing Yacht [cast] is incredible. Below Deck Sailing has made me so excited about [watching],” she proclaimed. “I’m so excited, in fact, that after the most recent episode where the boat [was] malfunctioning and Captain Glenn hit the dock … in the first two minutes, I had tears in my eyes and I don’t even really usually care that much about boats. I just felt so bad for him because he’s so dedicated to his career. He’s passionate about it. He’s a very good captain and my heart broke for him in that moment.”