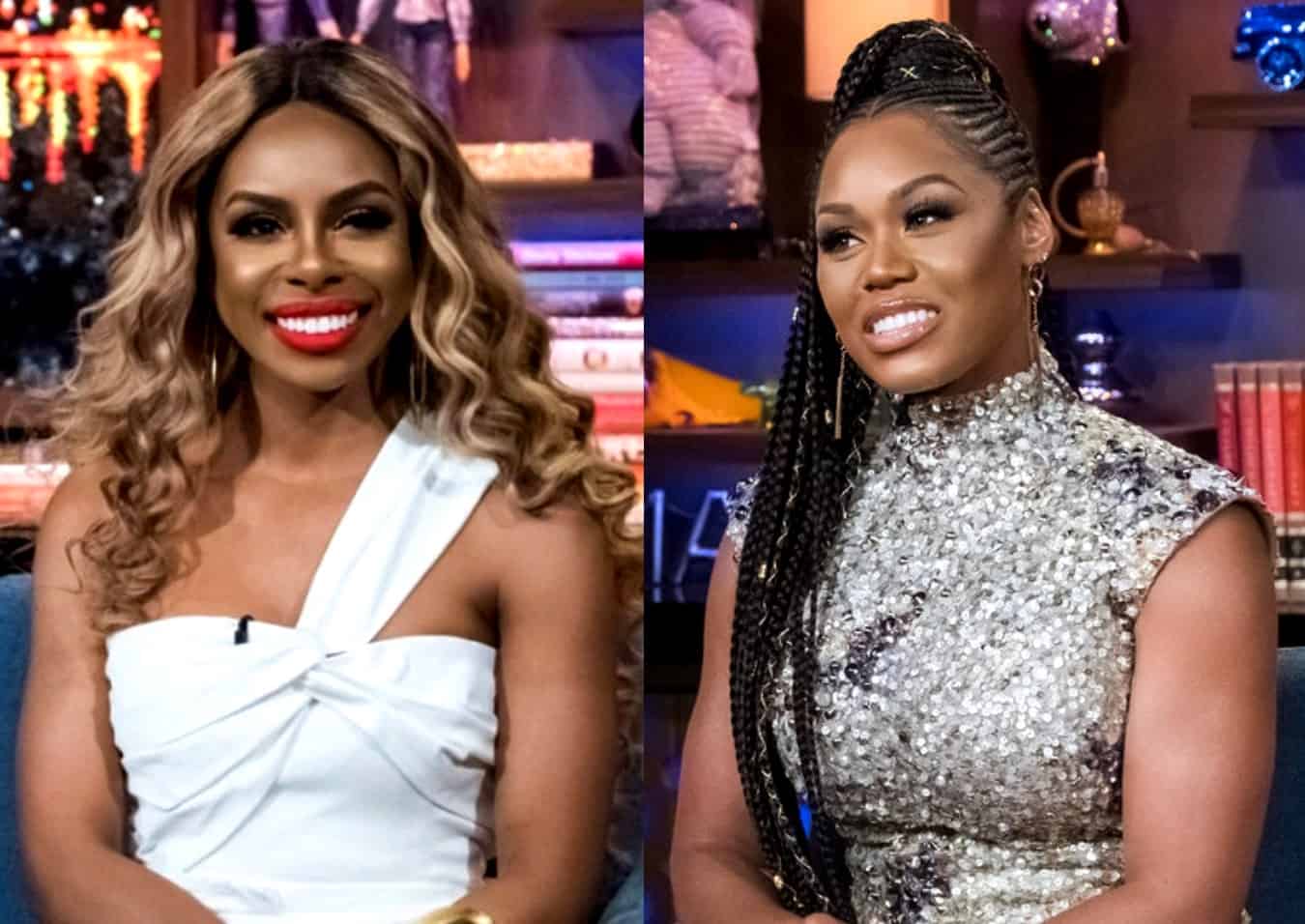 Candiace Dillard-Bassett appeared to take aim at her former Real Housewives of Potomac castmate, Monique Samuels, and her recent interviews about the show in a tweet shared on Tuesday.

After Monique, who confirmed her Bravo departure in December amid the season five reunion, spoke about her past on the show on a couple of shows, Candiace posted a telling message about moving on and “resentment.”

“Smh. I quit a job once that I really hated. I was ELATED to be rid of a place and ppl that were just not for me. After I left, I never talked about that job again. Bc I left of my own volition. It was my choice. Any resentment died w/my choice to leave. I’ll just leave this here,” Candiace wrote on June 8.

Just prior to Candiace’s tweet, Showbiz Cheat Sheet shared a report in which two of Monique’s latest appearances were detailed.

As the outlet explained, Monique first slammed Bravo during an interview on Get Into It in May.

“I would have to fight so hard behind the scenes all the time just to use my platform,” Monique said. “I was getting turned down for interviews and being told by some people requesting me for press, ‘I was told you weren’t available or they told me I couldn’t interview you.’”

Although Monique initially thought she would miss the process of filming RHOP, she now claims she does not.

“Even when they started filming, the thought of trying to prepare my life for cameras and everything else in my life that I have going on with my businesses that I’ve been working hard on, I can’t even imagine the whole tug of war,” she admitted.

Then, during a second appearance weeks later on the Behind the Velvet Rope podcast, Monique accused Bravo of attempting to silence her.

“You would think after being quiet for almost a year, I would be allowed now that we can talk about it, to talk about it,” she noted. “I was not even getting press opportunities. They tried to ban me from doing press. It was just craziness. I was like, the disrespect! I just felt like they were treating me less than a human.”