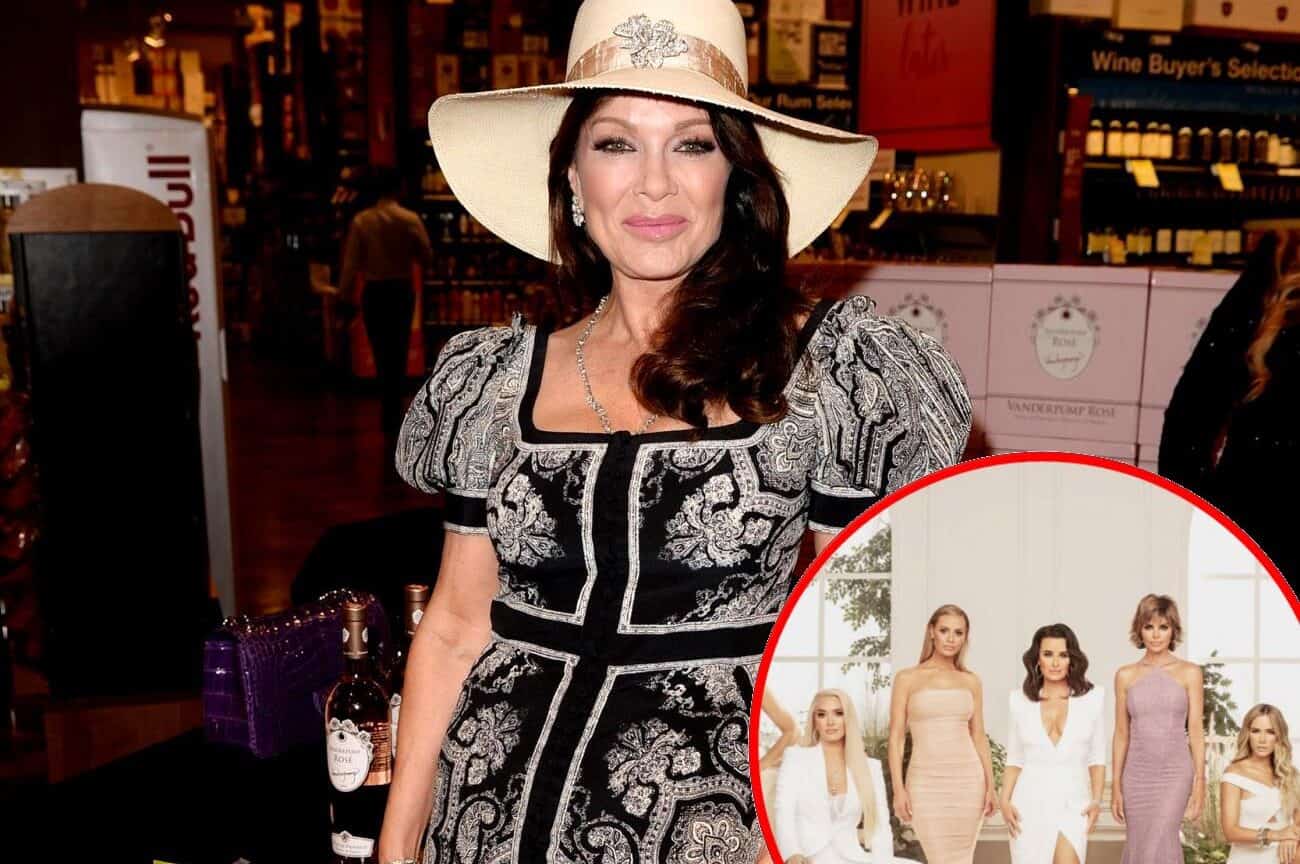 Lisa Vanderpump set the record straight regarding her supposed defacing of a fan’s Real Housewives of Beverly Hills cast photo on Twitter on Friday.

After Kyle Richards accused Lisa of ruining the alleged fan’s picture by crossing out her and her castmates before signing it, Lisa posted a video of herself with the man whose photo it was, confirming that he was actually a paparazzi and autograph collector.

After seeing that someone had been blocked after asking questions about the feud, and what really happened, Lisa offered up proof that Kyle’s version of the story was false.

“Apparently he was a poor fan.. he’s not. Are you paparazzi?” Lisa asks the man in her video.

Lisa also addressed her ongoing feud with Kyle while out to dinner in Los Angeles with her husband Ken Todd.

As she walked through a line of paparazzi and signed several autographs, she jokingly asked, “Don’t you have any Housewives I can put a mustache on?”

When TooFab then asked Lisa how she felt about the puppies that were adopted into at-home families during the pandemic, only to be abandoned as people return to work and school, Lisa admitted she was sad for the animals before again shading her ex-RHOBH castmates.

“I hate that,” she said. “You know what? If you can’t look after them you can bring them to the Vanderpump Dog Foundation — that’s what we do… Listen, we have rescued 2,500 dogs… it’s the b-tches I’m worried about.”

After giving a nod to her season 6 tagline, which said, “I’m passionate about dogs, just not crazy about b-tches,” Lisa responded to a question about which “b-tches” she was referring to.

“I think there’s at least half a dozen,” she admitted.

The Real Housewives of Beverly Hills season 11 airs Wednesdays at 9/8c on Bravo.