Home Real Housewives of Beverly Hills News Lisa Vanderpump Fires Back at Lisa Rinna’s Threat to Sue Over Spinoff and Shades Her With Old Tagline, Doubles Down on Who Owns RHOBH Cast Photo She Defaced and Talks Pump Rules

Lisa Vanderpump Fires Back at Lisa Rinna’s Threat to Sue Over Spinoff and Shades Her With Old Tagline, Doubles Down on Who Owns RHOBH Cast Photo She Defaced and Talks Pump Rules 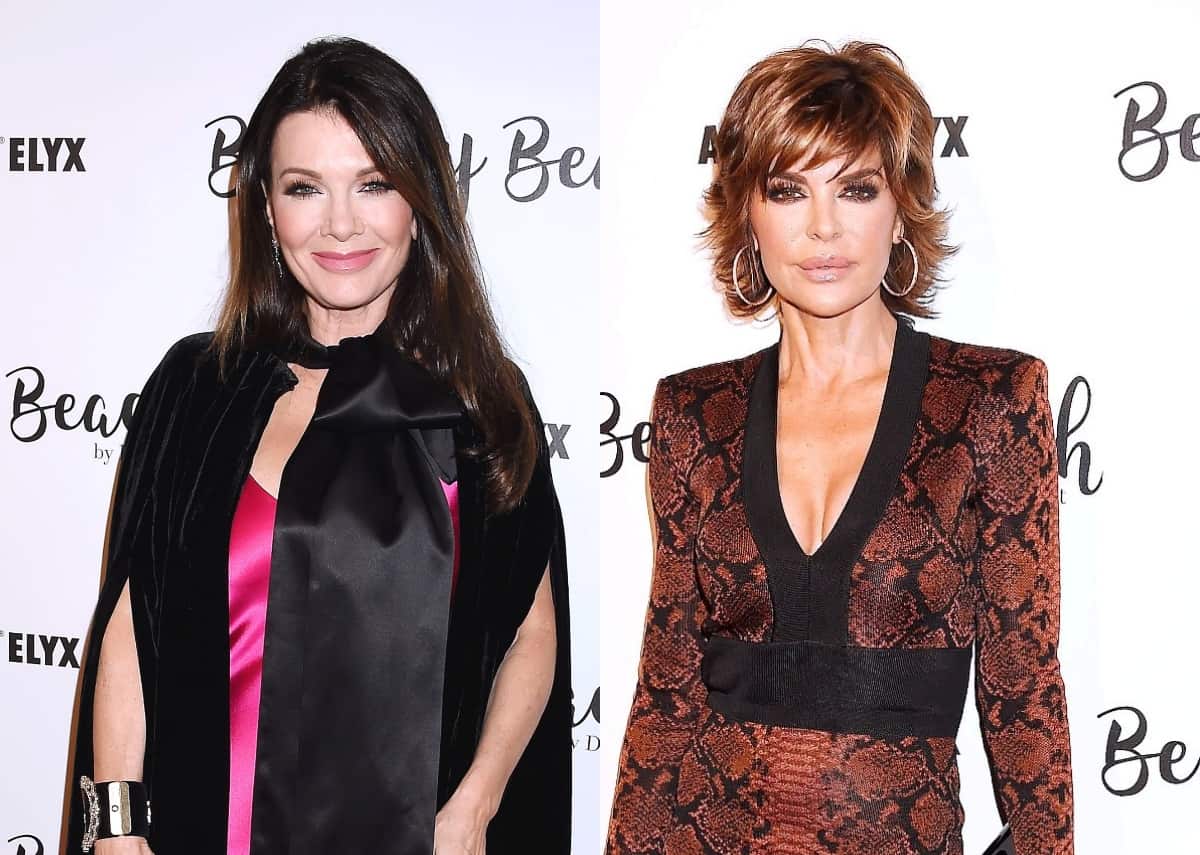 Lisa Vanderpump shades Lisa Rinna for believing she should get a check from Vanderpump Dogs and insists the Real Housewives of Beverly Hills cast photo she defaced belongs to a member of the paparazzi as she also teases Vanderpump Rules drama.

While promoting her new Vanderpump Dogs show on Peacock, Lisa was asked about Rinna’s notion that she and the season nine cast members should be paid for their involvement in the puppy-gate drama, which ultimately helped promote the animal rescue center. If fans recall, once rumors began to swirl that Lisa was getting the Vanderpump Dogs spinoff following her RHOBH exit, Rinna took to social media and claimed she wanted her cut from the show, even threatening to sue her former co-star if the spinoff came to fruition.

“I’m a hustler. I make no bones about that,” the actress wrote via Instagram at the time. “I think you get paid for what you do. So my feeling is, if we indeed are servicing a spinoff, we should be paid for it.”

She concluded the post, “If this indeed becomes another show, my lawyer will be calling.”

Lisa believes Rinna’s outlook on the situation is ridiculous, and she shaded her former co-star by citing one of her old taglines.

“Well, does everybody — do they deserve a check for Overserved as well?” she quipped while speaking to Entertainment Tonight over video chat on June 3. “Because that was [also filmed] at my house. What’s that got to do with anything? You know, I don’t know who says that. I have fond memories of Beverly Hills Housewives. My favorite tagline was, ‘I’m passionate about dogs, just not crazy about b*tches.'”

Of course, Lisa was also asked about her latest feud with Kyle Richards as the two continue to go back and forth in the press — and social media — over a dinner bill and an old RHOBH cast photo that Lisa admittedly defaced. Though Kyle insists the photo belongs to a fan, Lisa’s adamant that it actually belongs to a “paparazzi guy.”

“Again, Kyle makes it about her and says it was a kid’s picture. It was a paparazzi guy’s,” she declared. “You know, when they have the 10x12s? He said, ‘Will you sign this for me?’ So I said, yeah, and I thought, well, I’ll also draw a little mustache on Kyle. And then I thought, OK! And he was loving it and so excited.”

“But Kyle started saying it was a kid’s photograph,” she continued. “It’s the paparazzi guy that stands outside SHU — dark-haired guy, very sweet guy — at Beverly Glen. He’s probably going to sell that picture for a fortune, as they always do. It wasn’t a kid’s picture. They don’t walk around, kids with 10x12s of Housewives. Just another attempt to try to malign me.”

As for why she drew three Xs on Teddi Mellencamp‘s face — who fans know sort of kicked off the season nine puppy-gate drama — the restaurateur said she did that for obvious reasons.

“We’re already a third of the way in, and I’m telling you, you can tell they’ve been locked up for a year,” Lisa shared. “Everybody’s got a point of view, and they’re willing to air it and vent it. We’ve got a couple of new people. We’ve lost a couple of people along the way, but we’ve still got a big cast of people that are very familiar with each other — sometimes a little too familiar — but it’s got a lot of great energy behind it. And I’m surprised, actually, I thought it would be a slower start, but it’s not. It’s boom! Straight out the gate.”

Fans complained that there were too many cast members on the show in season eight, making it difficult for some to follow. But, now that many of the former cast members are no longer a part of the series, Lisa says the new season will be “more focused.”

“You’re going to see, it’s a little more focused,” Lisa explained. “Some people have a few more challenges, that’s for sure. But you’ll see, you’ll be invested in this one. This one will not disappoint you. It’s the same Vanderpump Rules, only different. But I think you’re going to love it.”

Vanderpump Dogs begins streaming Wednesday, June 9, on Peacock, and Vanderpump Rules is expected to air on Bravo sometime this fall.